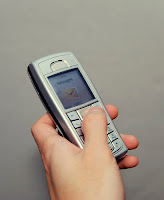 We are so spoiled in the 21st Century. If we want to say something to a friend or family member, we simply call, email or text. Keeping in touch is pretty much instant, and almost everyone we know has
a phone that does amazing multiple functions. In fact, we become annoyed if whoever we need to contact doesn’t answer immediately.

I’m sure my kids roll their eyes when I talk about growing up in the 1960’s. We would go on vacation for two or three weeks – a road trip – without a phone. My dad would call home once or twice to check on family and the farm, but we didn’t have daily contact, and those back home had no way to contact us. 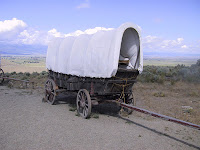 Consider how families must have felt when loved ones traveled west by wagon train. They knew the chances of seeing one another again were very slim. They could try to send letters, but with no known address, the letters might travel for months to catch up to the recipient. Once the family settled, contact was easier, but still took weeks or months.

Communication woes began to change in the mid-1800’s. Building on the discoveries of several men, Samuel Morse invented a more practical way of connecting with one another when he designed a magnetized magnet and invented the telegraph. In 1835, Morse proved that messages could be sent by using pulses of electricity and a code of dots and dashes, later refined and called “Morse Code.”

Morse gave a public demonstration of his new method of corresponding in 1838, but didn’t get any backing until several years later. In 1843 Congress funded an experimental line that stretched forty miles from Washington to Baltimore. On May 1, 1844, the first news was dispatched when Morse’s partner telegraphed the message that Henry Clay had been nominated by the Whig Party at their national convention.

The first official message, sent on May 24, 1844, shared a Bible verse, Numbers 23:23, “What hath God wrought,” chosen by the daughter of a friend of Samuel Morse. The telegraph began to spread,
mostly along the railroad lines. In 1861, Western Union completed the first transcontinental telegraph line, giving people out west a way to connect with people in the East.

In researching the telegraph, I found some interesting messages sent over the wires: When American author Mark Twain heard that his obituary had been published, he sent a telegram from London in 1897 saying: "The reports of my death are greatly exaggerated".


The shortest telegram in the English language was from the Irish writer Oscar Wilde. He was living in Paris and he cabled his publisher in Britain to see how his new book was doing. The message read: “?” The publisher cabled back: “!” (I found it funny that a "?" and "!" were considered English.)

One of the first criminals to be convicted with the help of the telegram was Dr. Crippen, an American-born homeopath. After murdering his wife at their home in London in January 1910, Dr. Crippen escaped to Canada with his lover. The ship’s captain sent a telegram to Scotland Yard right before the ship lost reception. An officer took a faster ship to Canada and arrested Dr. Crippen when he arrived at his destination. Dr. Crippen was convicted and hanged.

Samuel Morse’s invention changed the way people communicated. In 1871, Morse, a frail 80-year-old, was honored in a day’s celebration that included the unveiling of a statue of Morse. Telegraph messages congratulating Morse came from around the world. The events of the day were communicated via a series of telegraph instruments, hidden from view of the guests, but connected to every city that had a Morse telegraph. Samuel Morse himself arrived for the end of the ceremonies, and the announcement was made that he would send a final message. A Western Union operator typed Morse’s words, “Greeting and thanks to the Telegraph fraternity throughout the world. Glory to God in the Highest, on Earth, Peace, Goodwill to men.” Morse finished the message by signing his name, S.F.B. Morse.

In 1848, a Pennsylvania preacher penned this poem about the telegraph:
Along the smooth and slender wires, the sleepless heralds run,
Fast as the clear and living rays go streaming from the sun;
No pearls of flashes, heard or seen, their wondrous flight betray,
And yet their words are quickly caught in cities far away.

Have you ever sent or received a telegraph message? Do you know any Morse code? Most of us at least know the distress signal – SOS – dot dot dot – dash dash dash – dot dot dot. What other messages do you know? 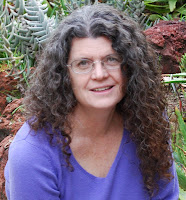