In 1803, the Louisiana Purchase made history. The United States bought 828,000 square miles of land from France for a price of 15 million dollars, approximately three cents per acre. This purchase included land from Louisiana up to the border of Canada, encompassing all or part of the land for 15 states. In 1853, the United States made a smaller, yet crucial acquisition referred to as The Gadsden Purchase.

James Gadsden, once a soldier serving under General Andrew Jackson, later worked for President Monroe. After Andrew Jackson became President, Gadsden fell out of favor. He’d always had an interest in railroads, and in 1839 he was appointed President of the South Carolina Railroad Company. His dream was to see a southern transcontinental railroad and he began to work toward that end.

In 1846 the United States entered into war with Mexico. The war lasted until 1848, when the Treaty of Guadalupe Hidalgo was signed and the United States gained ownership of much of the western half of what is now the continental United States of America. In the Arizona Territory, the new border ran along the Gila River, miles north of the current border.

Even after the Treaty had been signed, tensions between the two countries were high. Border disputes continued, and there was protection for new settlers heading west. Meanwhile, James Gadsden had been advised that the best route for the southern transcontinental railroad would be through the territory still held by Mexico. As the U.S. Minister to Mexico, Gadsden was sent by President Franklin Pierce and the Secretary of State to renegotiate the southern border of Eastern New Mexico and what would become the Arizona Territory. The change would accommodate the perfect route for the proposed railroad.

In September of 1853, Gadsden began talks with Mexican President Antonio de Santa Anna. After months of negotiations an agreement was reached. The proposed purchase price presented to the American government for approval was $15,000,000 for 45,000 square miles of territory. In April of 1854, the ratified agreement approved the amount of $10,000,000 for 29,670 square miles of land. Pierce signed the document and Santa Anna signed it on June 8, 1854. The procurement of the land figured out to a cost of thirty-three cents per acre.

The new border ran along the Rio Grande River and included the little presidio of Tucson. It would be several years before the United States of America would provide protection through its cavalry. In 1854, the inhabitants asked for a territorial government. One of the proposed names for Arizona was Gadsonia. Arizona became a Territory in 1863, and became a State in 1912.

Soon after his famous purchase, James Gadsden lost his position as U.S. Minister to Mexico. He also didn’t live to see the fulfillment of his dream in the southern route of the transcontinental railroad. President Santa Anna was ousted because of the unpopularity of his decision to sell the land to the United States of America.

Without Mr. Gadsden purchase we wouldn’t have some of the colorful history from the Southwest. Just think if there had been no Tombstone with a shootout involving Doc Holiday and Wyatt Earp. The beautiful Mission San Xavier del Bac south of Tucson wouldn’t be part of the United States of America. Part of our rich heritage includes Mr. Gadsdens purchase. 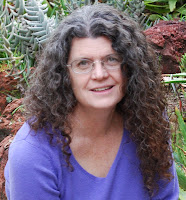 
Nancy J Farrier is an award winning author who lives in Southern California in the Mojave Desert. She loves the Southwest and interesting historical past. Nancy and her husband have five children. When Nancy isn’t writing, she loves to read, do needlecraft, play with her cats, and spend time with her family. Nancy is represented by Karen Ball of The Steve Laube Literary Agency. You can read more about Nancy and her books on her website: nancyjfarrier.com.