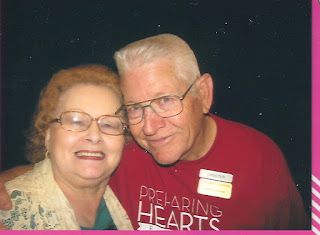 
I like for my historical novels to be authentic to the time period. I search for all kinds of information to fit the situation. When writing Maggie's Journey, here are some things I found out.

The decade from 1880-1890 in Seattle, Washington Territory:
Northern Pacific Railroad reaches Spokane Falls on June 25, 1881.
Range wars between cattlemen and sheepmen in Douglas County 1881.
Washington Territorial Legislature creates Garfield County (out of Columbia County) on November 29, 1881.
U.S. Army establishes Fort Spokane at the junction of the Spokane and Columbia rivers in 1882.
Great Dayton (Columbia County) Fire 1882.
Women form first women's club on the West Coast in Olympia on March 10, 1883.
Women win, lose, regain, and again lose right to vote in Territorial elections between 1883 and 1888.
Northern Pacific Railroad’s mainline between Washington and Minnesota is completed at Gold Creek, Montana, on September 8, 1883.
Washington Territorial Legislature creates Asotin County (out of Garfield) on October 27, 1883.
Washington Territorial Legislature creates Kittitas County (out of Klickitat) and Lincoln County (out of Whitman) on November 24, 1883.
Washington Territorial Legislature creates Skagit County (out of Whatcom), Douglas County (out of Lincoln), and Adams and Franklin counties (out of Whitman) on November 28, 1883.
Northern Pacific constructs a railroad bridge over Snake River at Ainsworth 1884.
Chief Joseph and many Nez Perce, who were exiled to various reservations after their exodus to Canada was blocked in 1877, are relocated to the Colville Indian Reservation in 1885.
Whites, Indians, and others expel Chinese from Seattle, Tacoma, and elsewhere during 1885 and 1886.
Horse rancher Frank Beezley settles on Beezley Springs (Ephrata) in 1886.
Mother Joseph builds Sacred Heart Hospital in Spokane in 1886.
John McMillan establishes Roche Harbor (San Juans) Limestone in 1886.
Dawes Severalty Act 1887.
Jesuit missionary Fr. Joseph Cataldo, SJ, opens Gonzaga College (now Gonzaga University) in Spokane on September 17, 1887.
Stampede Pass tunnel opens on May 27, 1888.
The Great Fire burns Seattle on June 6, 1889.
The Great Fire burns Ellensburg on July 4, 1889.
The Great Fire burns Spokane Falls on August 4, 1889.
Washington becomes a state on November 11, 1889.
Yakima becomes the site of the State Fair in 1889.
Cheney Normal School (future Eastern Washington University) formally opens on October 13, 1890.
Population of Washington state is 357,232 in 1890.

I didn't necessarily use all this information, but it helped me flesh out the setting and time period.

To help me understand life on wagon trains, I used a number of books as well as web sites. Here's some of the information I gleaned:

McElroy traveled with his brother-in-law, Norton Bates, in a train of 16 wagons, all from Illinois. The first few days were cold and the trails were deep in mud. During one stretch they crossed the same river 27 times. The party soon realized that their wagons were overloaded - a common experience for the early travelers. McElroy and Bates lightened their load by selling 250 pounds of pilot bread, 200 pounds of flour and 50 pounds of "other stuff." When they approached the higher elevations of Wyoming, the load needed to be lightened again. The pair shortened their wagon by cutting off a third of its length, and they left behind another 500 pounds of flour, a barrel of sugar and several hundred pounds of bacon.

When they reached South Pass in western Wyoming, "our team failed wrote McElroy, and the group split. They had heard rumors that it was "sickly" at the gold mines and that it would be best to avoid them for awhile. McElroy and Bates took the advice, traded their stake in the outfit for horses, and turned north toward Oregon. The rest of the party went south toward California. McElroy arrived in Oregon City, capitol of the Oregon Territory, on August 20, 1849.

For a few months he worked at the local newspaper, the Oregon Spectator. In November he headed south for the goldfields, canoeing down the Columbia to Astoria and then taking passage on a sailing ship to San Francisco - a "very stormy trip."

McElroy wrote Sarah that he had reached the goldfields near Placerville, California, on December 1, 1849, and achieved "tolerable success for a green hand." He averaged one ounce ($16) per day. Once he mined two ounces, some days much less. A half-ounce a day was considered by the miners to be an average find. He was proud to report that he made between $300 and $400 during the month of December.

Unfortunately, his good luck did not continue - he fell sick in early January 1850 and was unable to work for three months. Sick care cost him $30 per week and soon took most of his earnings. By April he was well enough to work again, but high water made the streams difficult to mine. So he decided to return to Oregon.

I came here for the purpose of helping to start a newspaper. The office belongs to Mr. Dryer (the man I have been working for in Portland), and he says he places the utmost confidence in me and insisted on me coming here to take charge of the mechanical and financial departments of the paper. I consented on condition that I stay no longer than until I get my affairs settled up, and until he finds someone to take my place.

Starting a newspaper in little town of Olympia was a challenge. Fewer than people lived in the area (in about "26 houses and shanties") and there were few businesses in town. Nonetheless, it was the chief population center of the territory. Seattle was still only a dream in the minds of the Denny party who had arrived at Alki Point just seven months earlier. Incidentally, Seattle did not have its first newspaper until 11 years later, in 1863, when the Seattle Gazette began publication.

Actually, you can lose yourself in the past by finding information such as this. Welcome to my world.

Speaking of my world, I recently created a new website. Check it out: www.lenanelsondooley.com

Today, I'm having a surprise giveaway. A reader who leaves a comment will be chosen to receive the reader's choice of one of my books in my McKenna's Daughter's Series. 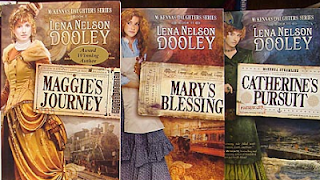 If you're not familiar with my series, the heroines are identical triplets born on one of the last wagon trains on the Oregon Trail. Their mother died giving birth, and they are separated. The girls don't find out that they have sisters until near their 18th birthday. Each book is one of the sisters' story.

Maggie's Journey, which released in 2011, won the 2012 Selah Award for Historical Novel from the Blue Ridge Mountain Christian Writers Conference.

In May, Mary's Blessing was one of three finalists in the 2013 Selah Award for Romance Novel.

Catherine's Purstuit released in February 2013
Posted by Lena Nelson Dooley at 1:00 AM