The Dutch in Me

Louise Gouge here, continuing to explore my matrilineal descent. This month I’ve been learning about my Dutch heritage.

When you think of the word “Dutch,” what comes to mind? Here are a few expressions gleaned from the Merriam-Webster Dictionary:
Going Dutch: each person pays his/her own way;
Double dutch: the rotating of two jump ropes in opposite directions;
Dutch door: A door divided horizontally so the lower or upper halves can be shut separately;
Dutch courage: a drink taken to bolster courage (that seems a bit insulting!);
Dutch oven: a cast iron kettle with a tight fitting lid used for cooking over an open fire;
Dutch uncle: one who admonishes sternly and bluntly;
In dutch: being in trouble with someone;
And who would turn down a piece of delicious Dutch apple pie, with its crumbly, sugary top crust?

Then there’s the Flying Dutchman, a mythical, mystical ghost ship doomed to sail the seas forever because of some sin the captain committed. In truth, the Dutch were master shipbuilders and sailors who vied with the English and Spanish in conquering the New World. Today, people in countless countries around the world claim some degree of Dutch heritage because of those maritime wanderers.

You may have heard of Pennsylvania Dutch, but that term actually refers to German settlers from Alsace, Germany, and Switzerland, who settled in Pennsylvania in the 17th and 18th centuries. No doubt many of their German words, referred to as Pennsylvania Dutch, have become a part of American English.


But who are the Dutch? If you’re like me, you find it confusing to hear the names Dutch, Holland, and the Netherlands. Aren’t they all the same? And how are they related to Germany, aka Deutschland?


As it turns out, the words Dutch and Deutsch have a common etymology, and the two peoples have a common ancestry. You can read more at http://en.wikipedia.org/wiki/Dutch_people . A decidedly different land from Germany, the Netherlands is the name of the country where the Dutch live, and Holland is a region in the western part of the Netherlands. Holland is also where the legendary tulips come from.

Years ago when I worked for a television station in Orlando, I was responsible for producing public service spots, so people were always contacting me to promote their interests. One gentleman who called on me was the Dutch consul. I had never met anyone from Holland, so I enjoyed learning about his country. What interested me the most was his statement that the Netherlands was the first foreign country to salute the American Flag on November 16, 1776, (five long years before we won our independence from the British), and thus was the first foreign nation to recognize the United States as in independent nation. You can’t forget a good friend like that.


As with all of my ancestry, I’m proud of my Dutch pedigree. We Americans are such a hodge-podge of nationalities, and most of those who come to these shores enrich our melting pot society. Deeper reading reveals many traits among the Dutch that I am proud to claim.


If you have an interesting bit of information about the Dutch or if you’ve ever travelled to the Netherlands, please leave a comment and let us know. I don’t have a book giveaway this month, but I’d still like to hear from you. 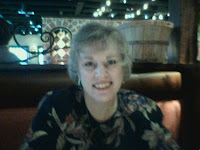 Louise M. Gouge writes for Harlequin’s Love Inspired Historicals. She is an English and humanities instructor at Valencia College in Kissimmee, Florida. Please visit her Web site at
http://blog.Louisemgouge.com .

Louise's upcoming July 2013 release is A Lady of Quality, a Regency romance.
Posted by Louise M. Gouge at 1:00 AM