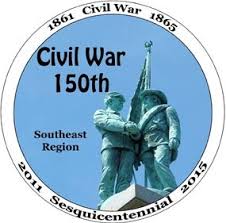 July is a big month for Civil War anniversaries. Gettysburg and Vicksburg coincided with Independence Day celebrations in a big way, marking the sesquicentennial of those turning point US victories. But a little known battle also shares its 150th anniversary this month, and that is the Battle of New York City, also known as the Civil War Draft Riots.


Shortly after Lee's defeat at Gettysburg and the end of the siege at Vicksburg dividing the Confederacy along the Mississippi River, Lincoln's Conscription Act was scheduled to take affect all over the North. An attempt to replenish the army after two years of heavy casualties, Congress passed the Enrollment Act on March 3. It would be drawn by lottery among all able bodied men from 20 to 45, including aliens intending on becoming citizens. Two particular exceptions to the draft were black men, since they were not yet considered citizens until the    Amendment, and also those able to secure a replacement by buying a $300 Commutation fee. A quota was set for each Congressional district, and on Saturday July 11 the first of these lotteries was drawn--peacefully. 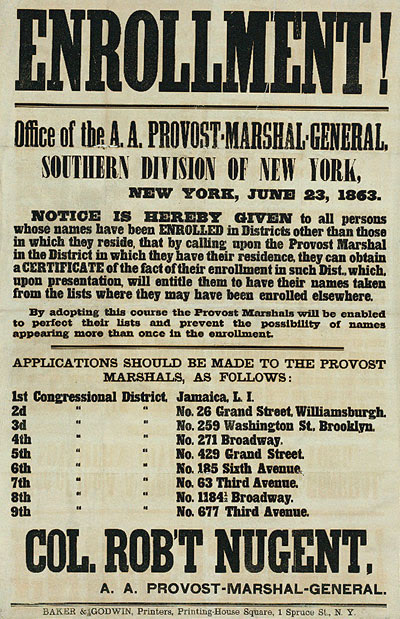 Over the weekend in New York City, however, a growing resentment brewed among several factions: Copperheads who resented the Lincoln administration's executive overreach, the immigrant Irish, and other working class city dwellers competing with freed blacks for laboring jobs. They felt targeted by this law that gave exception to the rich and to black men but left them no way out but to serve. By Monday the 13th, large swarms of protesters converged on the draft office on Third Avenue and 47th Street,  and the biggest civil insurrection in American history had begun.

From July 13-16 1863, Manhattan blazed under mob rule culminating in businesses looted, widespread arson of homes and government buildings, and indiscriminate lynching of peaceful black men. Republican sympathizing papers were targeted, Brooks Brothers Clothiers was ransacked, and a black orphanage was razed. The Irish found themselves on both sides of this struggle--thousands of them protesting what they felt was a prejudicial and unjust law, taking to the streets or holding political, religious, and journalistic influence, while many others battled blazes as firefighters, restored order as police, and defended neighbors as concerned citizens. 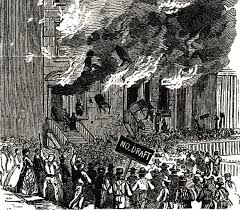 Troops from Gettysburg were called up to finally put an end to the mayhem, many of them Irish New Yorkers themselves. In the end, over 100 black men had been killed in a tragic spate of misguided vigilantism and revenge for policies they had nothing to do with. Many black men longed to serve in the fight for their freedom, in fact, and would have answered the call to arms willingly given a chance. After the riots, thousands of the surviving black population fled Manhattan, haunted by four days when New York City burned.

My novella Bachelor Buttons is a slice of Irish life during this tumultuous event in New York's Civil War history. I am offering copies of this ebook romance to three random commenters, and will select winners on July 21 at 10 AM eastern. Please leave a comment below to enter.


Kathleen L. Maher’s novella Bachelor Buttons releases May 1 as part of a Civil War sesquicentennial collection by Helping Hands Press. She won the 2012 ACFW Genesis contest for unpublished writers. Represented by Terry Burns of Hartline Literary Agency, Kathleen blogs about New York State history.  She and her husband live in a 100-year-old farmhouse in upstate NY with their three children, two Newfoundland dogs and a tuxedo cat.