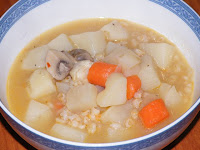 Maple Notch's soup kitchen us an example of a very important ministry during a time of our nation's greatest need. Golden Dreams, Book 2 in Maple Notch Dreams, is a depression-era story of love, hope, and faith in spite of impossible odds. My heroine seeks a spot at the 1932 Lake Placid Olympics.
Posted by Darlene Franklin at 1:00 AM