Hand Over the Chocolate and I Won't Hurt You 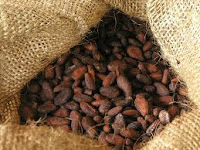 Most people, except those who may be allergic, love chocolate. I had no idea it had been around as long it has. The origin of the word goes back to the Aztec word “xocoatl,” which is a bitter drink brewed from cacao beans.

The Latin name for the cacao tree is Theobroma cacao and  means “food of the gods.” Chocolate has been around at least 2000 years, but some historians suggest it may be even older.

The exact time chocolate was born is hard to pin down, but no doubt about it, it was cherished from the start. Cacao beans were even valuable enough to be used as currency in pre-modern Latin American. One hundred beans could purchase a turkey and a tamale could be had for one bean according to a 16th century Aztec document.

Legends abound around chocolate and one of them is that the Aztec king Montezuma welcomed Cortes, the Spanish explorer, at a banquet where he served a chocolate drink because he mistakenly thought Cortes was a reincarnated deity instead of a conquering invader.

Pure chocolate is bitter and didn’t suit the taste buds at first, but after they added honey or cane sugar, chocolate became popular throughout Spain. By the 17th century, chocolate had become a popular drink throughout Europe, but only enjoyed as privilege of the rich until mass production became possible in the late 18th century.

The chocolate drink was served among the rich in a chocolate pot like this one.

Here are some dates of the more familiar chocolates for us:

1879: Rodolphe Lindt produced a chocolate that melts on the tongue with a machine called a Conch that stirs the liquid chocolate to break down any lumps. He called it fondant. 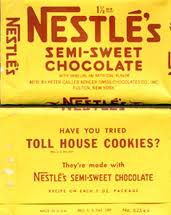 All of these are familiar names to chocolate lovers. Whether it’s dark chocolate or milk chocolate is a matter of taste, but dark chocolate may be the best for good health. It contains flavanoids that are good for our health as well as anti-oxidants. A small amount two or three times a week can be good for your heart. In addition, it can increase blood flow to the brain, can help keep blood vessels healthy and helps control blood sugar, contains antioxidants and help free the body of free radicals which cause damage to the cells, contains theobromine which has been shown to harden tooth enamel, and contains minerals like potassium, copper, magnesium and iron.

Remember that chocolate does contain fat, so keep track of the calories and the amount. A little goes a long way, especially when it has added sugar.

One last thing: Take my money, take my credit cards, but don’t touch my chocolate!


Martha Rogers is a free-lance writer and the author of the Winds Across the Prairie and Seasons of the Heart series as well as the novella, Key to Her Heart in River Walk Christmas and . Christmas at Holly Hill. Martha also writes a weekly devotional for ACFW. Martha and her husband live in Houston. She is a retired teacher and lives in Houston with her husband, Rex where they enjoy spending time with their grandchildren and attending football, baseball, and basketball games when one of the grandchildren is playing or performing.