Last month in CFHS I shared several historical tidbits author friends had stumbled on in their research – Historical Societies and Fiction Authors: A Match Made in History, Part I. Originally, I gathered these tidbits to share with my local historical society for one of my first “official” speeches as a published author and decided that CFHS and friends would enjoy them as well. But, I had so many interesting little vignettes that I decided to do a Part II. 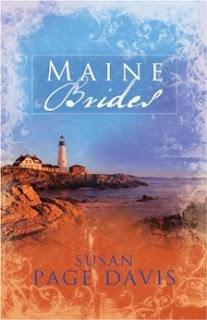 Author Susan Page Davis (Susan blogs in CFHS on the 23rd) said this about the state of , “When I lived in I did a lot of research in the Maine Historical Society in . I do genealogical research, but also did a lot for my Maine Brides series set in .”

Susan goes on to say, “I used historical maps of the Portland waterfront, showing the wharfs owned by old shipping companies, as well as street maps, and I researched buildings that were constructed about the time of Maine statehood, and the Portland Observatory … which was built in 1807 and is the last surviving marine signal tower in the US. “ Susan says, “My research was invaluable in learning what was there--and just as important, what wasn’t.”

I thought that was an interesting statement. And Susan’s right. When writing historical fiction, it’s just as important to be aware of what wasn’t part of the landscape of the period and place you’re writing about as it is to know what was there. 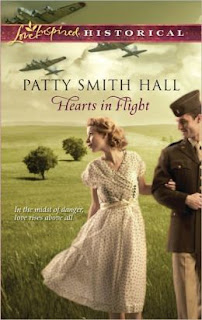 A few years ago, author Patty Smith Hall (CFHS blogger on the 30th) was researching her first book, Hearts in Flight. She was at the local historical society in , looking up information about everyday life in town during WWII. While going through a file of old newspapers from early 1943, she came across an article about a local woman delivering a set of triples. The article went on to say that the mother and babies were thriving.

The article was about her grandmother--only she, along with two of the babies died within 24 hours of the delivery. The newspaper never did a follow up article--the news on the war front was so bad, they didn't want to pile on with the death of Patty’s grandmother and the babies--so for months afterward, people from all over the county would ask her grandfather how the babies were doing. It was so difficult for him, he began to drink to numb the pain.

Patty showed the article to her dad and her aunt, the only surviving triplet. Neither had ever seen it. And with their permission, she used that piece of family history as a secondary plot line in her novel.

In a follow up email, I asked Patty if her father and her aunt knew about the other two babies, and she said yes. But what was news to them was the way the paper covered the event and the lack of follow up.

It answered a lot of questions they'd always had concerning her grandfather's behavior. Her dad was only 3 and her aunt was a newborn so they never knew before why her grandfather started drinking. But reading that article and finally asking some questions of their older siblings gave them a better understanding of their father, and how much the loss of their mother affected him.

Moseying on down to ….

This interesting story comes from author Carrie Stuart Parks. Carrie’s great-grandmother, Mabel Sparks Stuart, was from . While walking up a dusty street one day, she heard a woman screaming. She investigated and found a Mexican woman giving birth in an outbuilding.

Mabel assisted in the delivery. Several weeks later she heard a knock on the door, opened it, and found two Mexican bandoleros. They explained that the baby she’d helped deliver was the illegitimate child of the famous bandit, Pancho Villa.

Pancho Villa, in gratitude for her help, sent two shawls: a white one with gold thread woven throughout, and a black one with chunks of silver crimped in a pattern.

Carrie still has the shawls Pancho Villa gave her great-grandmother.

Carrie also told me about another famous wild-west character named Diamondfield Jack. He was supposed to have killed several sheepherders during the sheep-cattle wars in . Local legend has it that he fled from Idaho to Nevada to hide out, but Carrie has a photo of Diamondfield Jack with her great-grandfather, her grandfather, and other members of her family during that time.

Well, that might change a bit of history if proven that he is the man in the photo, wouldn’t it?

Kathleen Y’Barbo’s (CFHS blogger, 1st of every month) great-aunts are the researchers in the family. Through them, she uncovered a story of a pregnant young widow, Maryanne Escher, of . Maryanne’s husband died in the early 1850s when he was struck by lightning while on horseback. 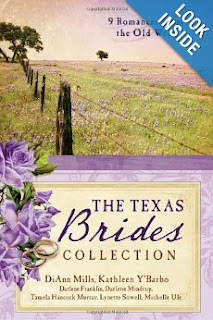 Mrs. Escher, who was Kathleen’s great-great-great grandmother, lost not only her husband but all the workers on their farm except for an elderly couple. On top of that, her husband's brothers came and took all the livestock away.

From the ruins of that tragedy, she triumphed by using her empty barns as warehouses and the unused dock as a steamboat stop along the . She became a savvy businesswoman whose warehouses supplied food and supplies up and down the , and after a long and good life, she died a wealthy woman.

Kathleen used her story as the basis for her first published work, a novella titled Saving Grace published by Barbour Publishing in an anthology called Yellow Roses. The original anthology was a Christian Booksellers Association Bestseller, and the collection was re-printed as The Texas Brides Collection, which released May 2013. How cool is that? 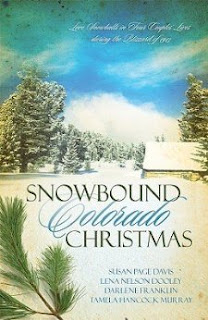 From high up in the mountains of , Darlene Franklin (check out Darlene's CFHS posts on the 12th of every month!) shares an interesting bit of research.  When she was working on Dressed in Scarlet (in the novella anthology, Snowbound Colorado Christmas, Barbour 2008), she visited an exhibit on Italians in at the , since her hero was an Italian immigrant.

The museum also had an exhibit on Barnum & Bailey's winter headquarters. She learned that during the 1913 blizzard (apparently 1913 was a rough year all over!) that provided the backdrop to her story, circus elephants helped to clear the streets of snow.

She loved that unlikely fact and included a scene about it in her story.

Myra Johnson writes historical romance for Abingdon Press. relied heavily on the Garland County Historical Society in , for her historical romance series Till We Meet Again. One of the interesting tidbits she picked up involved the day Prohibition when into effect in Hot Springs (July 1919).

A local saloon needed to get rid of all their beer. The manager of a circus that regularly visited the city called the saloon owner and asked if he'd like to "donate" his beer to their elephants, who "loved beer better than almost anything."

The saloon owner said sure, so soon the manager arrived, bringing two elephants inside the saloon. Three more were out on the sidewalk. So the saloon owner had a tub carried out front and filled it with beer for the elephants to slurp up!

The papers reported, "By this time was jammed with people and all traffic stopped.”

I’m sure I don’t have to tell you that used that scene in her series. It appears in book two of her Till We Meet Again series, Whisper Goodbye (available Spring 2014).

Too funny that that our authors sent not one, but TWO, stories involving elephants and beer. At least both instances was for the good of mankind. :)

As you can tell, the historical authors spotlighted in this two-part series are serious about adding authenticity and historical accuracy, along with a dash of peculiar, interesting, and just plain fun, to the books they write.

The Prize Vault is OPEN!!!!

Hey, are you up for a giveaway this week??? Leave a comment and specify which of the books mentioned in today's post you'd most like to win, and well, I'll see what I can do. If you'd like, you can specify one of mine listed below. :) 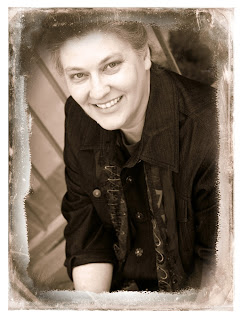 Pam Hillman was born and raised on a dairy farm in  and spent her teenage years perched on the seat of a tractor raking hay. In those days, her daddy couldn’t afford two cab tractors with air conditioning and a radio, so Pam drove the Allis Chalmers 110. Even when her daddy asked her if she wanted to bale hay, she told him she didn’t mind raking. Raking hay doesn’t take much thought so Pam spent her time working on her tan and making up stories in her head. Now, that’s the kind of life every girl should dream of! www.pamhillman.com