Luss, Scotland, on the banks of Loch Lomond, is the inspiration for a famous Scottish song as well as Gatehaven, my upcoming long historical Christian Gothic Novel. Gatehaven will be published in trade paperback on November 1, 2013 and later as an e-book.

Luss, Scotland is important to me because some of my ancestors came for there.
And the song? Well, it’s “You take the high road and I’ll take the low road.” Hold that tune in your mind, click below and take a short visit Luss right now before moving on.

France was a traditional ally of the Scots, and some French Protestants, called Huguenots, resettled in Scotland, marrying into Scottish clans. Eventually, they found themselves in the middle of an uprising between the Scots and their enemy, England.
After the union between England and Scotland, some Scots, called Jacobites, fought to undo what had already been done. However, their cause was finally lost on a moor at Culloden in 1746. Afterward, the Clans were forbidden to wear kilts and tartans. They were not allowed the playing of pipes or to own weapons of any kind. The Huguenots living in Scotland might have wondered what would be next, and it is not surprising that some searched for a new land where they could practice their religion in peace.
Some Huguenots settled in Luss, Scotland, and Gatehaven is set in Luss in 1784. In the heart of Loch Lomond country, Luss is a real place and quite ancient—perhaps a thousand years old.
Between 1745 and 1773 the English colonies, including South Carolina, were at war with the Indians and the French. The Long Canes Massacre of 1760 took place near present-day Troy, South Carolina, and it was mentioned briefly in Gatehaven.

Gatehaven, my long Christian Gothic historical novel, is set in Scotland and in a haunting mansion in the north of England where Ian Colquhoun and Shannon Aimee battle a Frenchman with dark secrets—spiritual warfare vs. the occult. No vampires at Gatehaven.
Will they learn enough about God’s Word to defend themselves and others or will evil overcome them?
.   Here is what Lena Nelson Dooley said in her endorsement of Gatehaven, posted on the cover of the book.
.   A dark, gothic novel with interesting characters and a strong Christian thread woven through it. Gatehaven is a wonderful read for lovers of gothic novels, and I am one. Thank you, Molly Noble Bull, for this page-turner.
.   Lena Nelson Dooley is the multi-award-winning author of the McKenna's Daughters Series and Love Finds You in Golden, New Mexico and a regular contributor to this blog 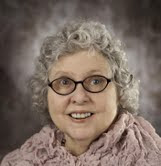 I was born Molly Noble in Kingsville, Texas, and after I married my college sweetheart, I became Molly Noble Bull. We have three grown sons and six grandchildren.
In late 2012, I entered Gatehaven in the 2013 Creation House Fiction Writing Contest, and it won the grand prize. As part of my prize for winning, Gatehaven will be published in trade paperback on November 1, 2013 and later as an e-book.
Gatehaven is a scary historical but there are no vampires or such in it. In fact, it has a strong Christian message. I hope all those who like Christian Gothic Novels will enter to win the novel give-away, and in November, after it is published, I will send a free copy of Gatehaven to the first three people who will agree to write a review of Gatehaven for Amazon and/or Barnes and Noble, even if they don’t like Gatehaven after they read it.