It all began with a handshake between Fred Harvey and Charles F. Morse, superintendent of the Atchison, Topeka, and Santa Fe Railway. Harvey would open the restaurants and Morse guaranteed the trains would stop at such restaurants. Harvey's slogan was "maintaining quality regardless of cost".

Continuing my blogging series on the Harvey girls, I thought I'd let you readers know a bit of what led Fred Harvey to open his first Harvey restaurant.

Often times, train passengers would be seated in a restaurant and not be served until the whistle blew to board again. Their plates would be removed and served to the next crowd and on and on until the food was no longer palatable. Fred Harvey was appalled.

The food was often beans, soda biscuits, and coffee, with little variation. The food was either undercooked or overlooked, and passengers ate at their own risk. Luxuries such as linen and china were unheard of. The average price of this meal was fifty cents and split between the restaurant and the railroad. It was a scam to make a buck.

Passengers became sick or died from spoiled food. The smell on the trains was often unbearable and attracted flies. Except for his decision to hire only women, drawing them from their safe homes in the east to work in the wilds of the west, Fred Harvey was viewed as a godsend.

Fred's first restaurants, one in Wallas, Kansas and the other in Hugo, Colorado, failed. Due to financial reasons, Fred was unable to quit his job in a restaurant and was unable to oversee his standards. he disagreed with the man hired to oversee the operations and the restaurants closed within a year. Fred did not give up.

When a group of traveling dignitaries stopped at Fred's lunch counter in Topeka, Kansas, his dream became a reality and Harvey restaurants popped up along the ATSF line.

The Harvey Girls became a reality and travelers could not be happier. Fred Harvey set a standard that still exists today in our modern restaurants. A standard of fine food and luxurious surroundings.

Cooking Up Love is the first book in Cynthia's Harvey girl series. The other three release in 2014.
Tabitha is in search of adventure
Tabitha McClelland knows accepting a job as a Harvey House waitress can be risky. Traveling alone to the rough-and-tumble West just isn't done by young ladies of good breeding. But far more dangerous is her powerful attraction to Adam Foster. Family means everything to the widowed chef, but the self-sufficient Tabitha cherishes her freedom above all else.

Adam is captivated by the fiercely independent Tabitha. Fraternizing with the female employees is strictly forbidden, but the Harvey Girl awakens feelings too compelling to ignore. Can Adam convince Tabby to share his dream of a future in California—together? 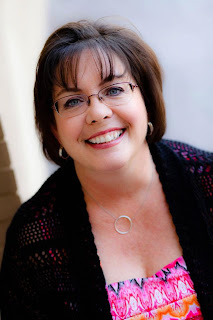 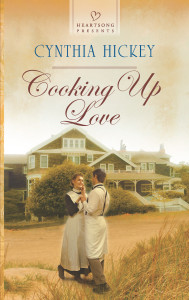