The Hashknife Outfit of Arizona


Nancy Farrier here wondering if any of you have ever read Zane Grey’s books, most of which were set in 1800’s Arizona? I loved those books when I was growing up and especially the Hash Knife Outfit. There were always cowboys gone bad and the good guys who brought them to justice. In doing some recent research, I came across the name of the man credited with cleaning up the Hashknife Outfit and decided to learn more about them.

The Aztec Land and Cattle Company of Boston, the third largest cattle company in North America, opened operations in Arizona in 1884. In 1886, they moved their headquarters to Holbrook, Arizona, where they purchased one million acres of land at 50 cents an acre, land lush with vegetation that
hadn't been overgrazed. The parcels they bought were not consecutive, but came in sections of 640 acres each, with a section of public domain land in between those owned by the ALCC. So, although their holdings were huge, they were spread out and required more men to maintain the cattle. 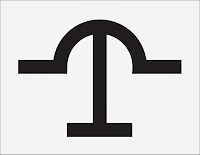 After purchasing the land, the company bought the Hashknife brand, over 32,000 head of cattle and
2,000 horses from the Continental Cattle Company in Texas. Continental no longer needed the brand or the livestock. Due to a severe drought they were going out of business.

The cattle were loaded into railroad cars to ship to Arizona, along with any of the cowboys who wanted to sign on to work for Aztec. The railroad cars stopped all along the way from Flagstaff to Holbrook, Arizona to let out cattle and cowboys at each stop. What should have been easy, considering the amount of land and grass, became fraught with difficulty.

There were already settlers and independent cattlemen using the land. Although Aztec had a huge acreage, the cattle didn’t understand the need to stay in their particular section of land. Fencing such a large range wasn’t practical, so disputes over land and water were natural. The Hashknife cowboys didn’t care. Since they were part of a large company, they turned out the cattle and didn’t pay attention to anyone else’s stock.

The other problem came from the cowboys themselves. There were some who were respectable and responsible, but the majority of them were a rough lot. When they came to town to spend their pay, they also brought with them that element of roughness. Tempers flared. Arguments were settled with guns. The town of Holbrook began to regret having the Aztec Cattle Company in their midst.

In 1887, Sheriff Commodore Perry Owens brought law and order to Holbrook. Within two years he and his men ousted the worst of the offenders from the county. Although the violence calmed down in the towns, the Aztec Ranch still had plenty of cattle thieves, many of them working for the company at the same time they were stealing the cattle.

The Aztec Company hired Burt Mossman in 1898 to manage their outfit. The first thing Mossman did was to fire 52 of the 84 men working for Aztec. He put others he trusted in charge of the cattle operations and went after the cattle rustlers. During his first year, Mossman sent 11 men to jail for
rustling. The Aztec Company began to show a profit, but too late. A severe blizzard killed many of their cattle and in 1901 they sold their ranch to the Babbitt brothers.

After studying this history, I realized Zane Grey’s book, The Hash Knife Outfit couldn’t be accurate as far as the cowboys were concerned. He wrote about an outlaw gang called the Hash Knife Outfit, not a ranch or group of cowboys. Still, his setting was in Northern Arizona and he had the nefarious nature of the thieves correct. I still have a great fondness for his stories. 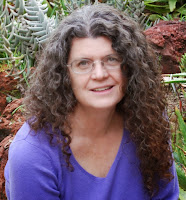