Be sure to enter today's giveaway!

horse, Trigger and his dog, Bullet. But, they represented the historical western in movies and books. A couple of weeks ago, when I was bike riding with my son-in-law, he pointed out the home where Roy Rogers and Dale Evans lived. I wondered about their story and thought you might be interested too.

Born November 5th, 1911, Leonard Franklin Slye, grew up in Ohio, and moved with his family to California in the late 1920’s. Rogers began his music career with his cousin, Stanley, when the pair played at square dances and local theaters. Rogers met Bob Nolan and Tim Spencer, who would later be part of the Sons of the Pioneers, but they began as the O-Bar-O Cowboys. They appeared in several motion pictures before Rogers caught his big break.

In his early film career, Rogers was known as Dick Weston, the name he used as he sang with the Sons of the Pioneers. He became Roy Rogers after being offered a seven-year film contract. In 1938, Rogers replace the well-known Gene Autry because of a contract dispute. The film, Under the Western Sky, became a major hit and Roger’s career took off. He did an average of seven “singing Westerns” every year until the early 1950’s. The rivalry between Autry and Roger’s boosted both of their careers.

Dale Evans, born October 31, 1912, in Texas, began singing on the radio before she starred in movies with Rogers. In 1944, the duo appeared in the movie, The Yellow Rose of Texas, and their chemistry appealed to audiences across the country. Evans became known as The Queen of the West, and sheHappy Trails to You.
wrote the well-known theme song,

Roy Rogers was known for his kindness and his caring for other people. He loved his fans so much that he attempted to answer every fan letter personally, even though the cost came out of his pocket since the studio refused to pay for stamps. He loved his audience.

Dale Evans also became an accomplished song writer and author, recording 30 children’s records. In 1953, she wrote the book, Angel Unaware, the story of their daughter Robin, who was born with Down’s Syndrome and died before her second birthday. Evans loved to share her faith in her songs and books. She and Rogers attended the Church of the Valley in Apple Valley, California.

Despite the hardships they faced—the death of three children, one an infant and two grown—Roy Rogers and Dale Evans lived their faith. They loved each other and they loved their audience. They delighted people of all ages with their acting, their music and their warm personalities.

I remember watching Roy Rogers and Dale Evans on television. Do you? Did your parents watch them? Of course, my favorite was Trigger, Roy’s horse, followed by a close second with Bullet, his dog. I’d love to hear your memories of this couple who portrayed our countries western history in many films.

This is the month to give thanks. I am so thankful to be part of this blog, and to have you readers. Please leave a comment to enter a drawing. I am giving away one of my books and a lovely Thanksgiving plaque to hang on the wall. 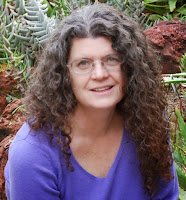 Nancy J Farrier is an award winning author who lives in Southern California in the Mojave Desert. She loves the Southwest and interesting historical past. Nancy and her husband have five children. When Nancy isn’t writing, she loves to read, do needlecraft, play with her cats, and spend time with her family. Nancy is represented by Karen Ball of The Steve Laube Literary Agency. You can read more about Nancy and her books on her website: www.nancyjfarrier.com.
Posted by Nancy J Farrier at 3:00 AM