And of course the month is always capped off with Thanksgiving, a holiday that is always celebrated, at least among my clan, with a large gathering of family and friends.  And since we're just a few short days away from Thanksgiving, I thought it might be fun to list some of the history and trivia surrounding the holiday. 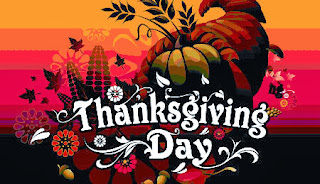 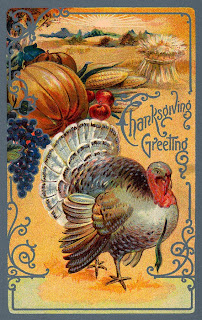 And now I'd love to hear about any Thanksgiving traditions you and your family celebrate, or any bits of holiday trivia not mentioned here.

And to all of you, I wish for you on this upcoming Thanksgiving a wonderful day filled with remembrances of all the many blessings we have in our lives, both past and present.