The legend of Santa Claus and his reindeer bringing toys to the children of the world has become a symbol of Christmas for many Americans. In England, children look forward to a visit from Father Christmas, a fellow who pops down the chimney to leave presents and sample the mincemeat pies and milk or brandy left for him. The French leave out shoes filled with carrots and treats for Pere Noel's donkey, and to receive his gifts of candy, money, or small toys. Parallel Christmas traditions take place throughout Europe, all of them based on the life of one man.

Nicholas of Patara was a bishop who later lived in the fourth-century village of Myra in a part of Greece that is now modern-day Turkey. Nicholas's parents died young in an epidemic, leaving him their considerable wealth. Nicholas decided to follow the example of humility set by his Lord, Jesus Christ. He gave his inheritance to help the poor, the sick, and to alleviate suffering. His gifts often arrived in secret. Many stories remain of his legendary kindness. One of the most famous describes how on three occasions, Nicholas dropped bags of gold through an open window to help provide dowries for the three daughters of a poor man. They are said to have fallen into stockings or shoes drying by the fireside. This started the tradition of leaving stockings or shoes by the fireplace at Christmas. The girl's father caught Nicholas throwing the last bag of gold through the window. Afterwards, the man told everyone what Nicholas had done.

Diocletian, a Roman Emperor who persecuted Christians, exiled and imprisoned Bishop Nicholas because of his faith. He was later released and died in AD 343 and was buried in Myra. December 6th, the anniversary of his death, is celebrated with great anticipation as Saint Nicholas Day. In many countries, this is when children leave out stockings or shoes to be filled with treats and gifts.

This Christmas as we celebrate the birth of Jesus, the Christ, we can also rejoice in the life of one of his devoted servants. What would it be like to live a life so loving you leave a legacy of kindness? 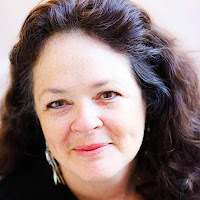 This post is brought to you by Janalyn Voigt. Escape into Creative Worlds of fiction.

Janalyn Voigt's unique blend of adventure, romance, suspense, and fantasy creates worlds of beauty and danger for readers. Beginning with DawnSinger, her epic fantasy series, Tales of Faeraven, carries the reader into a land only imagined in dreams.

DawnSinger, Tales of Faeraven, book one
A headstrong young princess and the guardian sworn to protect her fly on winged horses to the Gate of Life above the Well of Light in a desperate bid to release the DawnKing, and the salvation he offers, into a divided land. Will they each learn in time that sometimes victory comes only through surrender?