Airing Dirty Laundry Through the Ages

Until recently, there were three people living in my house. A few years ago, there were four. At the height of my semi-professional job as a laundress, I washed clothes for five people.

Given that four of those people were male and the idea of conserving energy by limiting their imprudent use of towels was completely unthinkable, and given the fact that when not in school, 75% of my clientele were either working cows (can we say ewww?), baling hay, or working in sweltering temps on a construction site, suffice it to say that the laundry room required a revolving door.

I really never counted (the trauma, you understand), but it wasn’t unusual to have 7-10 loads of clothes a week in those days. Can you imagine washing all those clothes by hand in a stream of running water?

Now I understand why people wore clothes for days and weeks at a time and when they pulled them off, they’d practically stand up by themselves.

It’s pretty much a given that the first options for washing clothes were streams, rivers, and lakes. The water carried away the sweat, dirt, and grime embedded in the clothes. Lye soap was used when available and helped get rid of more of the grime and smells.

Picture what our washing machines do today…agitating, sloshing, slapping, beating your clothes into submission. Women of yesteryear did all that with the sheer power of their arms, with wooden slats, often called washing beetles or bats. Instead of the sides and the agitating core of a washing machine, they might spread the clothes on a rock (a beetling-stone) or a battling-block or board to beat out embedded grime. …that’s what women of the past had to do to clean their family’s clothes, and this went on for thousands of years. Who ever said women were weak? Ha!

Laundresses the world over eventually started thinking of ways to make this task less arduous. Communal wash-houses made the job easier for all concerned when women congregated to get the task done. Depending on the resources and geographical location of any given village, town or city, a communal wash-house could be as simple as a well in the center of the village with a thatch lean-to, to a heated building with separate basins for washing and rinsing with water flowing through stone troughs and basins.
Usually, one particular day was designated wash-day and the women gathered to wash clothes and share news, and dare we say, a bit of gossip. Gives new meaning to airing dirty laundry, huh?

As women migrated further afield and set up housekeeping in far-flung regions, they adapted as needed. In the late 1800s, any woman worth her salt wouldn’t set out in a covered wagon west without a wash tub, a scrub board, and a working knowledge of how to make lye soap. And for many reasons, she’d insist the family settle close to a nice, running stream and pray they’d have well water in due time.

And other than periods of time when cold, winter months and rainy seasons played havoc with laundry, good old fashioned sunshine dried clothes and that particular commodity stayed the same for centuries regardless of the time, place, or location. Some people still prefer the fresh, clean scent of sun-dried clothing today. 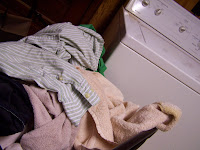 The Industrial Revolution turned this time-consuming task on its ear and created a society that wears, recycles, and washes clothing, bedding, and towels incessantly. (Rabbit trail: I wonder how much lint I’ve created in my lifetime as a wife and mother? And…is there any earthly use for lint? This blog post says yes. Who woulda thunk it?)

So, back to washing clothes. Uh, do I have to?

We went from trekking down to the creek with our stinky, soiled laundry to washing in wash houses, to wash boards, and on to wringer-type washing “machines” (machine, my foot) to fully-functional electronic washing machines and driers that would make our great-great-great grandmothers’ heads spin faster than the clothes in my drier.

Excuse me while I go hug my washing machine! 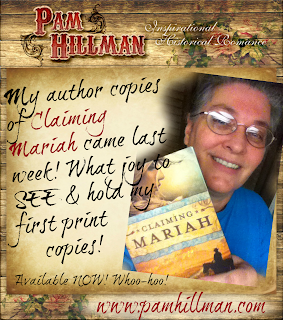