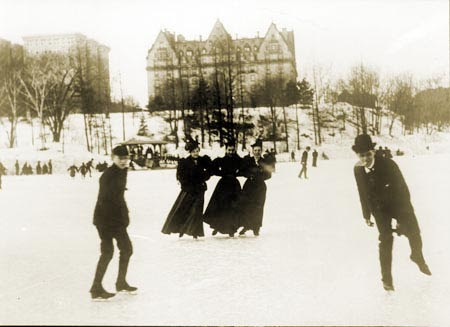 If you grew up in the frozen north, as I did, winter sports are probably a part of your life, or at least your childhood. One I spent the most time participating in, partly because it was a section of our gym class in elementary school, was ice skating.

So when I found myself writing a book set in New York state in the autumn of 1900, my research led me to how popular skating was in the turn of the 20th century. People have been skating on ice for centuries. The Dutch seemed particularly fond of this activity.

In the seventeenth century, when they settled upstate New York, the settlers from The Netherlands invented boats with sails and runners so they could navigate the Hudson and the “kills” in the winter.

Around the time of the Civil War, skating became a popular activity in America; however, figure skating was stiff and formal. Then Jack Haines came along with a free-flowing style like a dancer on ice. But people didn’t like it, so he went to Europe, where he was a success.

Not until nearly forty years later did figure skating as Haines had demonstrated, take hold in the US thanks to men like Canadian Louis Rubenstein and American George Brown and Irving Brokaw. Brown wrote several books on figure skating. Brokaw, augmenting Brown’s work, demonstrated the international form of skating throughout the US

Not all figure skaters were men. In 1902, Madge Syres, an Englishwoman, came in second in the international championship. After that, the competition decided that a separate category for women should be formed because the skirts prevented the judges from seeing the feet—and other reasons that don’t make sense. She won the 1908 Olympic figure skating competition, the first to be included in the games. She and her partner came in third in a couple’s event like the judges may score a woman higher because he is attached to her.

Theresa Weld (Blanchard) was one of the most prominent American female figure skaters, beginning her championships in 1914. In 1920, she competed in the Olympics, but added a jump to her routine and annoyed the judges because women weren’t supposed to jump. Their skirts could fly up. She still won the bronze.

As an aside here, not until 1924 was figure skating included in the winter Olympics.

This craze for skating spawned a few rather odd inventions. One of these I ran across while researching The Honorable Heir (LIHP, May 2014) set in Tuxedo Park, New York, was a skating chair. Think an armed dining chair with runners. Someone sat in the chair, yes, ladies with their billowing skirts and all, and were pushed across the ice. Sounds like fun and potential mishaps waiting to happen for this Author, who couldn’t resist including this strange device in the book.

Later in the 1900s, 1937 to be exact, a hockey player named Jack Milford devised a “baby holder” This device was so that a couple could carry their baby between them as they skated across the ice.  What do you think of this contraption?
Laurie Alice Eakes’s sixteenth book, The Professor’s heart, also features a wintry landscape, this in Hillsdale, Michigan, but sledding and sleighing rather than skating. 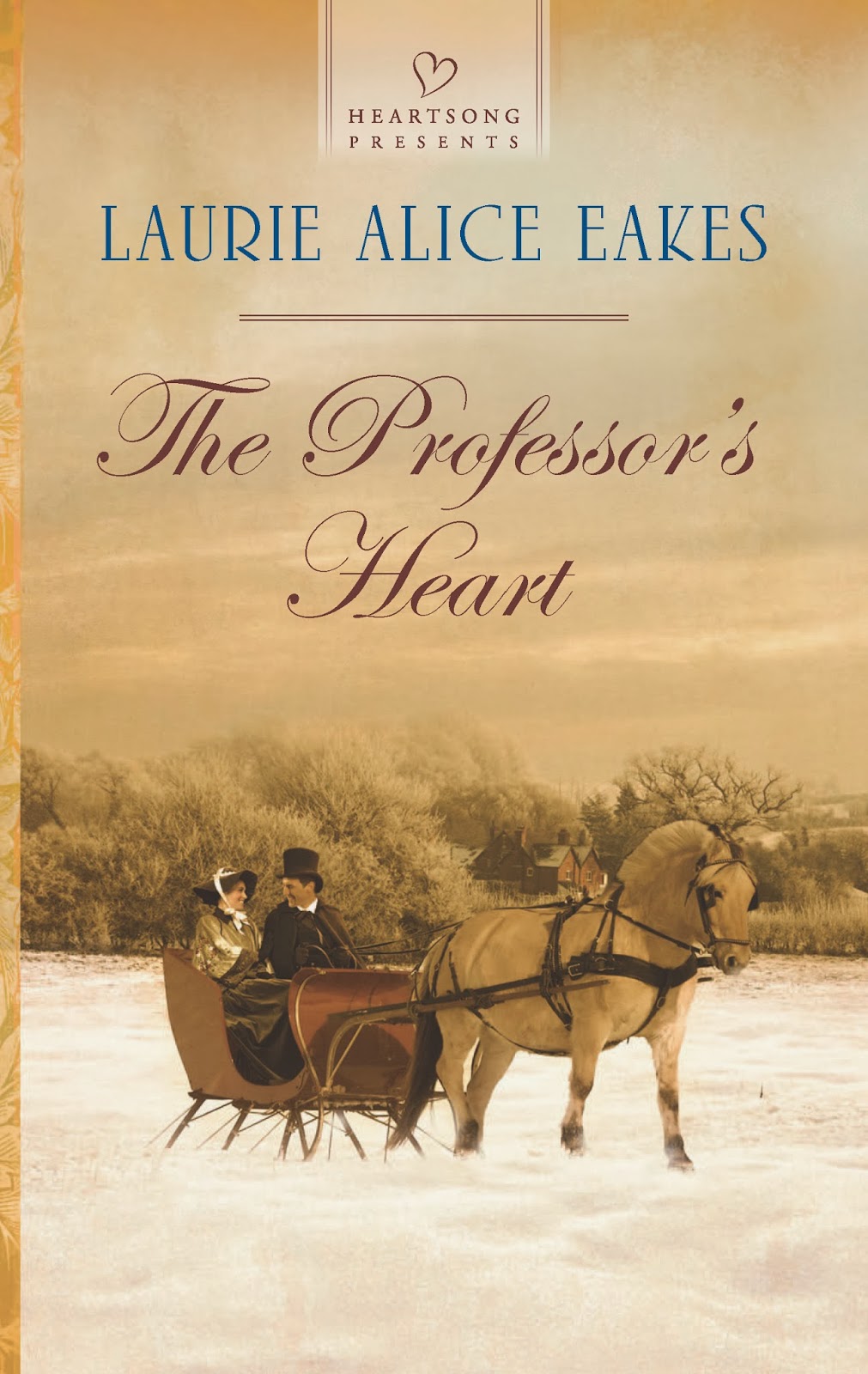