The Bride of Bride Brook

A Colonial Bride...and a Giveaway


In East Lyme, Connecticut, a little stream bears the name of Bride Brook. On its bank, the story goes, Jonathan Rudd married his love in late 1646 or early 1647. 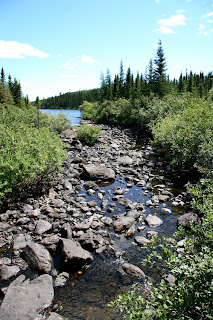 Records from the time and place are sketchy, but the story is widespread. I first encountered it in the book The Bingham Family in the United States, by Theodore A. Bingham, while doing family research. Bingham quoted the History of Norwich. In the 1874 book by that name, written by Francis Manwaring Caulkins, we are told:
“The couple linked together were Jonathan Rudd and some unknown fair one to whom with little hazard of mistake, we may give the gentle name of Mary.”
Mary’s last name is not known for certain, but many believe she was Mary Metcalf, though some genealogists think she was Mary Burchard.

Whichever she may have been, the two living in or near Saybrook set their wedding date, but the magistrate who was supposed to come from another town to perform the ceremony couldn’t come because of a huge snowstorm. The nearest qualified person they could find to do the job was John Winthrop, Esq., then living in New London, and later governor of the Connecticut Colony. He was the son of the John Winthrop who was governor of the Massachusetts Bay Colony for twelve annual terms between 1629 and 1649.
﻿﻿﻿﻿﻿﻿﻿﻿﻿﻿﻿﻿﻿﻿﻿﻿
﻿﻿﻿

According to Caulkins, “a friendly cavalcade accompanied him [Winthrop] from New London, which, with the bridal party from Saybrook, and a few wild faces peering curiously from the woods, made a company sufficient to relieve the wilderness of its silence and solitude.”

John Winthrop and his friends stood on the Massachusetts side of the brook and officiated while the happy couple stood on the Connecticut side and took their vows.


Caulkins wrote, “Never perhaps was the rite performed in a situation so wild and solitary and under circumstances so interesting and peculiar. The stream received the name of 'Bride Brook' on the spot, and is so known today.”


Jonathan Rudd was a worker in leather, a farmer, and a soldier. New Haven County records say that “he kept a dirty gun and drank spirits while on guard duty.” So much for the “happily ever after.” The guard duty may have come in when he acted as a sergeant in the local militia band. He died in 1658, and a Reverend Fitch was appointed guardian of his and Mary’s children.

Jonathan and Mary are ancestors of my husband’s, through his Grandmother Harder’s line. Other surnames in this line include Kingsley and Bingham. If you can connect your family to one of these old New England families, you may also be related to “The Bride of Bride Brook.”

In honor of this couple, I am giving away one copy of the New England Romance Collection, just released from Barbour Publishing. It includes my novel The Prisoner's Wife and four others by different authors. Leave a comment below to enter the
giveaway, and be sure to leave your email address. The winner will be announced Jan. 30. 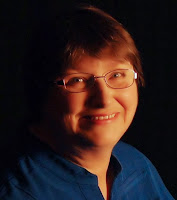