I’m a push-over for musical men. My husband wooed me with his guitar. The mountain dulcimer is an instrument played by a one of the characters in my books, Choices of the Heart.

Mountain Dulcimer by Roger Patterson (click on the link to see a short 1 minute video.)

The videos show the mountain dulcimer is not the same as the other wonderful instrument often seen at Celtic festivals, the hammer dulcimer.

The mountain dulcimer originated in Appalachia. Few instruments existed due to the difficulty of transporting them over the mountains. Dulcimers were easily handmade with straighter lines than say a fiddle or guitar, a narrow fret board and wider sound box. Local walnut formed the body and artisans used spruce on top. Dulcimers have three to twelve strings, though three to five is the average. Tuning tends toward fourths and fifths (d-g-d, d-a-d.) 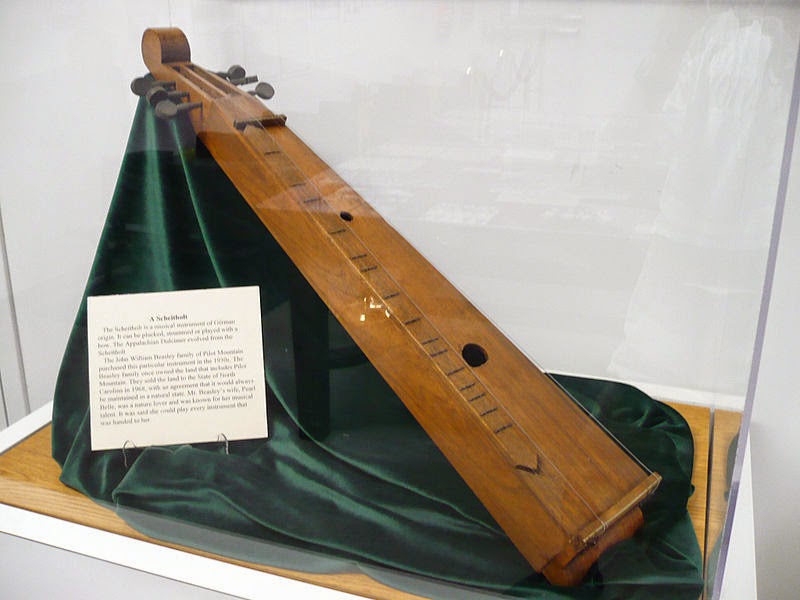 A gentleman I met at the Frontier Culture History Museum in Staunton, Virginia, said the dulcimer evolved from instruments such as the German scheitholt, or the Swedish hummel, the Norwegian langeleik or French epinettes.

Many scholars long believed that the dulcimer was merely strummed or plucked with no finesse and only simple of tunes. Many students of the instrument’s history believe the power of the instrument is underestimated as are those who created it and the music they played upon it. The settlers of Appalachia were Scotch, Irish, and German. If they could create a new instrument, they wouldn’t go for the mundane. As the videos demonstrate, the musicians used all fingers, pluck and strum. The music is lively, somewhere between Blue Grass and folk, or are gentle, definitely folk.

Posted by Laurie Alice Eakes at 1:00 AM