I love reading or writing stories about strong women surviving against difficult odds in the Old West. So far, I haven't written any books about notorious women, although in Love Finds You in Tombstone, Arizona, my heroine was a saloon girl who was redeemed in the end, and I have included others in books who also needed to be saved from their circumstances.

Women who were outlaws, bandits, prostitutes, or were married to, or in love with rogues, had to be strong to survive. I'm currently writing a novel about a woman who was raised by a father who was a gambler, and she had to follow in his footsteps for a short time, in order to provide for her young daughter.

This subject intrigued me to the point where I researched women outlaws or others who had less-than-savory reputations, to see if I could glean anything from their history or stories that I might work into future books. 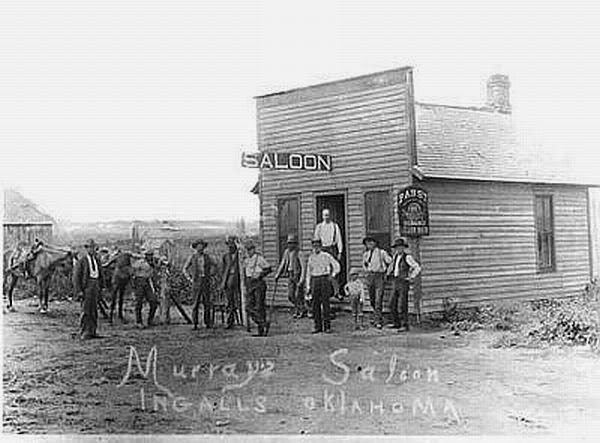 Here's a little bit about one of the women who lived an interesting life, born and raised in late 1800s in Ingalls, Oklahoma. There are conflicting reports about the young woman named Rose Dunn and later nicknamed Cimarron Rose, due to her beauty. One came from her widower after her death, who told an interviewer that he first met Rose at an Ingalls, OK, square dance when he was 17 and she 16. "I first heard her referred to as Rose of Cimarron in 1895, soon after I came down here (to Oklahoma). They called her that, but not because she was a bandit queen. She was a superb horsewoman," Fleming said. "She was a true friend of the outlaws and never betrayed them, but she was never the sweetheart of any."

Other accounts tell a different story, and the following is the most common. 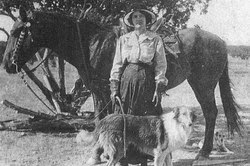 Rose's childhood was one that wouldn't normally lend itself to an outlaw life, as she was formally educated in a convent, not far from the small town of Ingalls, Oklahoma where she was born and raised. Her mother was widowed and had remarried a local physician, a Doctor Call. Rose didn't always get along with her step-father, and when they clashed, she would often go to visit her older brothers at their nearby ranch. Rose's two older brothers taught her to ride, rope and shoot, but later they got involved in a life of crime, joining a gang called The Wild Bunch, led by Bill Doolin. The other outlaws in the gang met Rose and grew to love her, due to her good looks and kind, sweet personality. As a result of their treatment of her, Rose became fiercely loyal to the gang.

At the tender age of fifteen, she became romantically involved with one of the outlaws, George Newcomb. Although Rose didn't take part in his life of crime, she  purchased supplies for  the gang when they weren't able to go to town, as they were wanted for robbing banks, stagecoaches and trains. In a strange twist, Rose's brothers left their life of crime and turned to law enforcement, becoming bounty hunters who sought the very men they'd ridden with.
Rose gained something of a reputation in local lore when Newcomb and his gang engaged in a shoot-out with a posse of U.S. Marshals in what later became known as the battle of Ingalls. She was reputed to have run from the hotel as Newcomb lay in the street, handing him a Winchester rifle and two belts of ammunition, which enabled an injured Newcomb and another gang member to escape. She went into hiding with the gang for two months, nursing the injured outlaws back to health.

As fate would have it, her own brothers caught and killed George Newcomb when he visited their ranch, in order to obtain the $5,000 reward on his head. Some accounts say Rose gave information to her brothers that led to Newcomb's capture, but they always denied her involvement. She later married an Oklahoma politician and lived out her years as a respectable woman, dying at the age of 76 in the state of Washington.
Posted by Miralee Ferrell at 1:00 AM