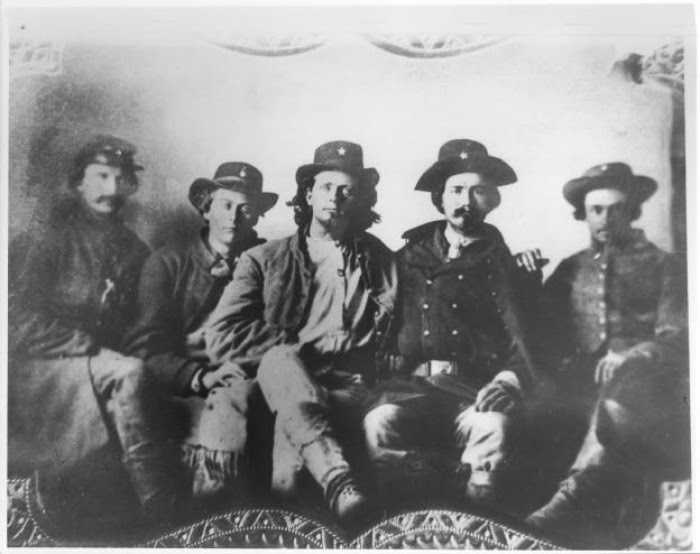 Shock Troops! That's what a famous brigade known as Terry's Texas Rangers were known as during the War Between The States. Recruited by a wealthy sugar plantation owner, Benjamin Franklin Terry, in August, 1861, in Houston, TX, their first battle took place in Woodsonville, KY. It was only a minor skirmish, but Colonel Terry was killed.

Don't confuse this fierce fighting unit with what we now know as the Texas Rangers. This was the 8th Texas Cavalry, a group of Texas volunteers who became known for their fighting ability riding on horseback. They were one of the few units who did so.

After Colonel Terry's death they were subsequently joined to the Army of Tennessee and took part in several major battles including Shiloh and the battle for Atlanta. They were also used to go behind enemy lines to harass the Union troops by destroying railroad line and communication lines. 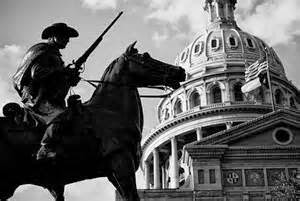 A statue was placed at the state capitol in Austin honoring this unique fighting unit. The inscription on the monument carries a quote by Jefferson Davis, "The Terry Rangers have done all that could be expected or required of soldiers."

One of the characters from my Civil war novel set in Texas, His Steadfast Love, is a member of the famed Terry's Texas Rangers. If you are the first one to tell me which character that is, you win a copy of that exciting novel!


Golden Keyes Parsons writes historical fiction, and is also a popular retreat/conference speaker. Her highly acclaimed Darkness to Light Series (Thomas Nelson Publishing) chronicled the journey of her French Huguenot ancestors in 17th century France. Her fourth novel, His Steadfast Love, is a Civil War novel set in Texas. Her latest release is a compilation of four novellas (WhiteFire Publishing) – a biblical fiction series entitled Hidden Faces, Portraits of Nameless Women in the Gospels. Golden lives in Waco, TX, with her husband, Blaine, where they enjoy their children, grandchildren and great-grandchildren and are avid sports fan of their alma mater, Baylor University. You can contact her at www.goldenkeyesparsons.com.
Posted by Unknown at 3:30 AM