Hi everyone, it’s Jennifer Uhlarik. I am so excited to share some news with you this month. I just signed a publishing contract with Barbour Publishing! I’m going to be one of nine authors with stories in their upcoming Oregon Trail Romance Collection. Each story in the collection revolves around the Oregon Trail, so I’ve found myself researching a lot of new things in the past few months. I shared one interesting tidbit with you in my previous post here. Today, I wanted to share more of my research.

A small portion of my story will take place at Fort Laramie, which was located on the Laramie River in present day Wyoming, a mile or so north of where it joined the North Platte River. In its heyday, the fort served as a means of protection for the Oregon Trail, which was the main thoroughfare to California after the 1849 Gold Rush, as well as other places out west. However, it didn’t start its existence as a military fort. 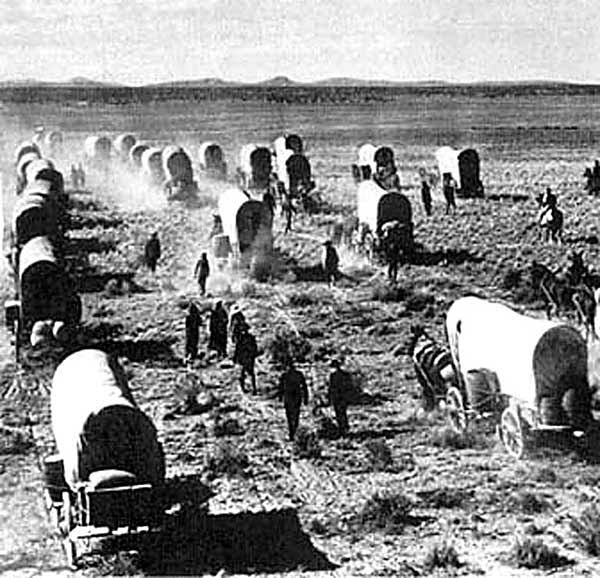 It was built in 1834 as a trading post, and it was originally called Fort William, after William Sublette, William Anderson, and William Patton, all of whom were fur traders. Later, the name changed to Fort John, some think to honor John Sarpy, also a fur trader. The trading post continued on in its original purpose until 1849, when gold was discovered in California. As droves of easterners poured across the vast expanse of the western lands, the military saw need to set up a way to protect the newcomers. Thus, it was suggested that a fort be set up at or near the trading post. By late June, 1849, the sale of the trading post to the military was arranged, and the fort’s name was changed again, this time to Fort Laramie, after the river on which it was situated. The river was named after French fur trader Jacques Laramie, who was killed by Arapahoes at the river’s headwaters in 1821.

By August of 1849, two companies of Mounted Riflemen and one company of Infantry took over the fort. At first, the soldiers occupied the old trading post buildings, but only until new ones could be built. Because wood was such a scarce commodity in that area, the buildings were made from a concoction of kiln-fired limestone, sand, gravel, and water. The mixture was known as Lime Grout, and dates all the way back to Roman days. However, lime grout is quite porous, so much upkeep had to be done on the fragile buildings.

One of the buildings they erected, a two-story building used for unmarried officers’ quarters, went by the nickname of “Old Bedlam.” As the tale goes, the noise of the parties and card games of the bachelor officers would get so out of hand at times, the building was reminiscent of England’s Bedlam Insane Asylum. However, because it was two-story, this building became a beacon to travelers making their way west, drawing the emigrants to the safety and security of the fort.

Interestingly, the fort was not surrounded by any type of wall. It was open and approachable from many directions. However, in its history, the fort was attacked by Indians only once. The attack came in 1864, when warriors suddenly rode across the parade ground and made off with several horses. The attack came on quickly, so quickly that they never caught the horse thieves.

Fort Laramie was only a third of the way into the journey to Oregon, and many travelers who reached the fort chose to turn back due to the hardship of the journey. Others would restock their supplies at the fort and carry on, their dreams of a new life in the West undaunted by the difficult passage. The fort had a compliment of shops and warehouses to hold and sell supplies for the soldiers, the travelers, and especially for other military forts further west. With a telegraph, it sent word back and forth between West and East, and it was often the place where transportation to parts further west was organized.

Due to copyright reasons, I am not able to include many fantastic photos I found of the Fort Laramie Historic Site, but CyArk has a wonderful section of their website dedicated to Fort Laramie found HERE, in case you would like to see photos, take a virtual tour, or learn more about this important piece of American History.

Unfortunately, Fort Laramie was eventually phased out as the railroad grew and took over. The Union
Pacific Railroad line fell seventy miles south of Fort Laramie, and the Chicago and Northwestern line fell fifty miles to the north, leaving the fort in a no-man’s land between tracks. The fort was abandoned by 1890, then part of the grounds were sold to the Department of the Interior. Today, the old fort has been partially rebuilt and is a national monument.

It’s your turn. If you had lived in the later half of the 1800’s, would you have been one of the brave ones who ventured into the Western Territories, or would you have stayed in the more settled lands back east? Why? To celebrate my recent contract, leave your email address with your comment, and you’ll be included in the drawing for one of Barbour’s latest novella collections.

Jennifer Uhlarik discovered the western genre as a pre-teen, when she swiped the only “horse” book she found on her older brother’s bookshelf. A new love was born. Across the next ten years, she devoured Louis L’Amour westerns and fell in love with the genre. In college at the University of Tampa, she began penning her own story of the Old West. Armed with a B.A. in writing, she has won five writing competitions and made the top 10 and top 3 in two other competitions. In addition to writing, she has held jobs as a private business owner, a schoolteacher, a marketing director, and her favorite—a full-time homemaker. Jennifer is active in American Christian Fiction Writers and lifetime member of the Florida Writers Association. She lives near Tampa, Florida, with her husband, teenaged son, and five fur children.