Exciting things are happening at CFHS. We're getting a new name that betters depicts our theme—Uniting those who love to write about history with those who love to read it.
We'll have our big reveal on Sept. 8th.

The first two decades of the 20th century brought tremendous changes on both sides of the Atlantic. People zipped around in automobiles, airplanes, and motorcycles. The rise of women's skirt lengths threw men's heads in a tizzy along with the matrons of society who wanted to cling to the Victorian age. And along the way, young ladies stepped out with a beau--alone, without a chaperone--leaving parents and guardians sitting on tenterhooks until their daughters returned.

Which young ladies had the courage to take on this new world? Which ones threw caution to the wind and went too far without a chaperone? Young ladies of this era needed an inner strength to accept the challenges of this new freedom and come out intact with a good reputation.

That is the basis for this post. Where would a young lady of this era go on the arm of a young man if given a choice?

Let's start with an afternoon outing on a golf course. A respectable sport played out in the open in the daylight for all the busy-bodies who might happen to be watching, ready to report back to anxious parents.


A walk along the beach is always relaxing, although maybe not so much if the young lady has the attention of two persistent suitors.


Since the people in the above photo are not dressed for swimming, I suspect the large building on the left is probably the Winnipeg Beach Dance Palace and they are taking a fresh-air break. Here's a 1928 photo of what the rest of the Dance Palace looked like:

While we're walking on the beach, some of our young ladies might accept a ride in a row boat, either alone with their fella, with friends, or with someone else doing the rowing so the couple can sneak a bit of hand-holding time. I wonder if the boat is pulled on shore for the ladies to board or if a strong young man carries them through the water.

This next photograph sent me into research mode even though I knew that gasoline motors were being used on boat launches back in the 1910's. Although the hair styles look like they could be the 50's, courageous modern women of the 1920's were cutting their hair in a fashionable 'bob'. Usually you'll see this with tight curls close to the head, but if I've learned anything from researching early photographs of every-day people it's that nothing can be ruled out where human nature plays a part. As for the women's clothes, their is nothing definitive in what they are wearing as we can't tell if they are shorts or pulled up skirts. Therefore, I'm accepting the caption as written.


Perhaps a relaxing time of conversation while watching the sun set on the western horizon is more to the young lady's liking. Other couples within shouting distance would have provided a level of respectability while giving each couple their own space.

As day wanes and darkness falls, what could be more fun than a beach bonfire along with silly and amusing antics. But watch out...the dark hides dangers that looked tame in the daylight.


How late would a young lady stay out? I guess that would depend on her circumstances, her intelligence, and her daring. Add in the strength of the influence her parents or guardians had over her. And take into consideration the young lady's ambition regarding a good reputation and social standing.


If you had a chance to leave your chaperone behind and step out with a male companion, where would you have gone? 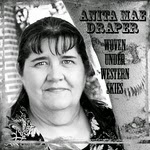