Christmas Advertising During the Great Depression

What were advertisers to do during such difficult times to appeal to the frugal budgets of consumers without sounding like they were out to coerce people into spending their last dimes on something unneeded?

One way was to appeal to the practical side by advertising things such as bathrobes and undergarments and promoting them as gifts. Things everyone needed. 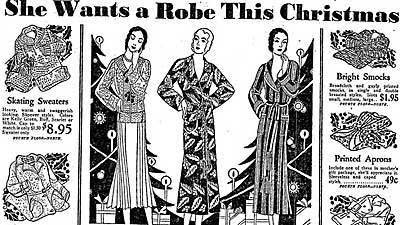 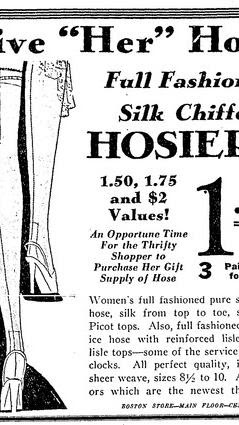 And for those who had a bit more money that some the chance to splurge on a special gift for the special woman. Sorry that the picture is cropped. That's how it appears on the website. But I thought it was still worth being included. Silk stockings during that time were considered to be an extravagance. And later, during World War II, they became a rarity altogether. 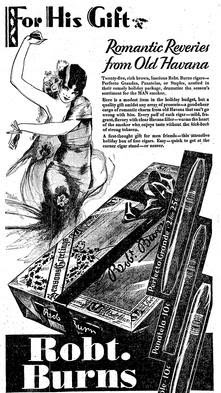 And for the special man, what about a box of Havana cigars?

Most of have seen pictures of Santa as depicted in Coca Cola advertisements. Did you know that Coca Cola’s image of Santa came about during the Great Depression? Wanting to appeal to young and old alike, the company commissioned illustrator, Haddon Sundbloom, to develop an image of Santa Claus that was jovial, friendly, and was a true character called Santa, not a man in a Santa suit. Long after the Great Depression was over, Coca Cola’s Santa lived on until the 60s. 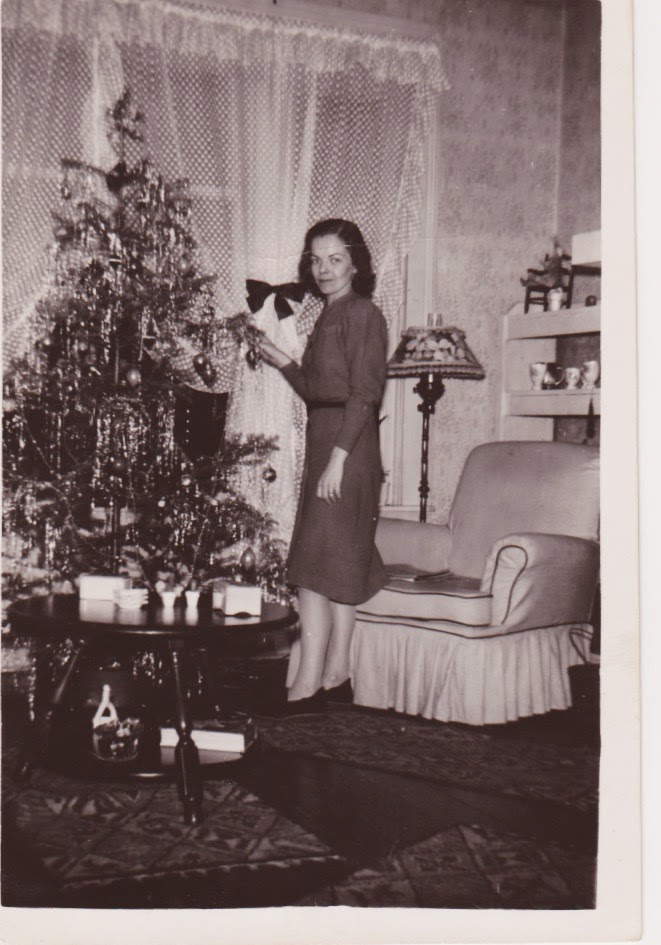 This is my mom taken during the Great Depression, probably right after she and my dad married. They didn't have much, but they were able to have a tree and with both of them having jobs, they were probably grateful for that with little else to put under the tree. 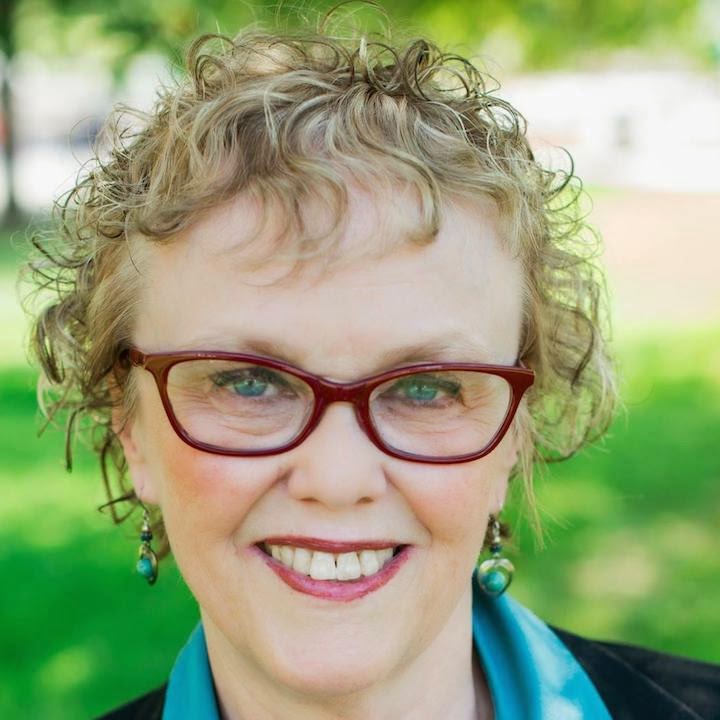 A native of Lake Geneva, Wisconsin, author Pamela S. Meyers lives in suburban Chicago with her two rescue cats, an hour's drive away from her Wisconsin hometown which she visits often to dig into its historical legacy. Her novels include Thyme for Love, and Love Will Find a Way, contemporary romantic mysteries and her 1933 historical romance, Love Finds You in Lake Geneva, Wisconsin. When she isn’t at her laptop writing her latest novel, she can often be found nosing in microfilms and historical records about Wisconsin and other Midwestern spots for new story ideas.
Posted by Pamela S. Meyers at 1:00 AM