There are elements of romance and mystique surrounding the Shenandoah Valley—and in one town in particular. One hundred and fifty years ago, Winchester, Virginia was still caring for soldiers who had been wounded in the battles that took place during the previous two months. But the ladies in Winchester were accustomed to rolling up their sleeves and tending to bloodied warriors. During America’s Civil War, their town, located in the lower Shenandoah Valley, was no stranger to cavalry raids, guerrilla ambushes, and clashes between the North and the South

Battles for control of the Shenandoah Valley involved legends of the Civil War—men like the “Black Knight of the Confederacy,” also known as Turner Ashby, and Thomas “Stonewall” Jackson on the Confederate’s side. From the Union’s side were notable officers like Phillip “Little Phil” Sheridan and George “Autie” Custer, two men who went on to fight Indian wars in the west. General Sheridan was also instrumental in the preservation of the land now known as the Yellowstone National Park.

Winchester and the Shenandoah Valley are the backdrop for my upcoming historical novel, A Thousand Shall Fall. Contracted by Kregel Publications, the book is slated for release in early 2016. As it always happens whenever I research a novel, a strange feeling comes over me as I walk where I’ve imagined my characters have trod.

And that’s exactly what happened when I visited the Shenandoah Valley this past October with my husband. It’s as if history beckoned to me. 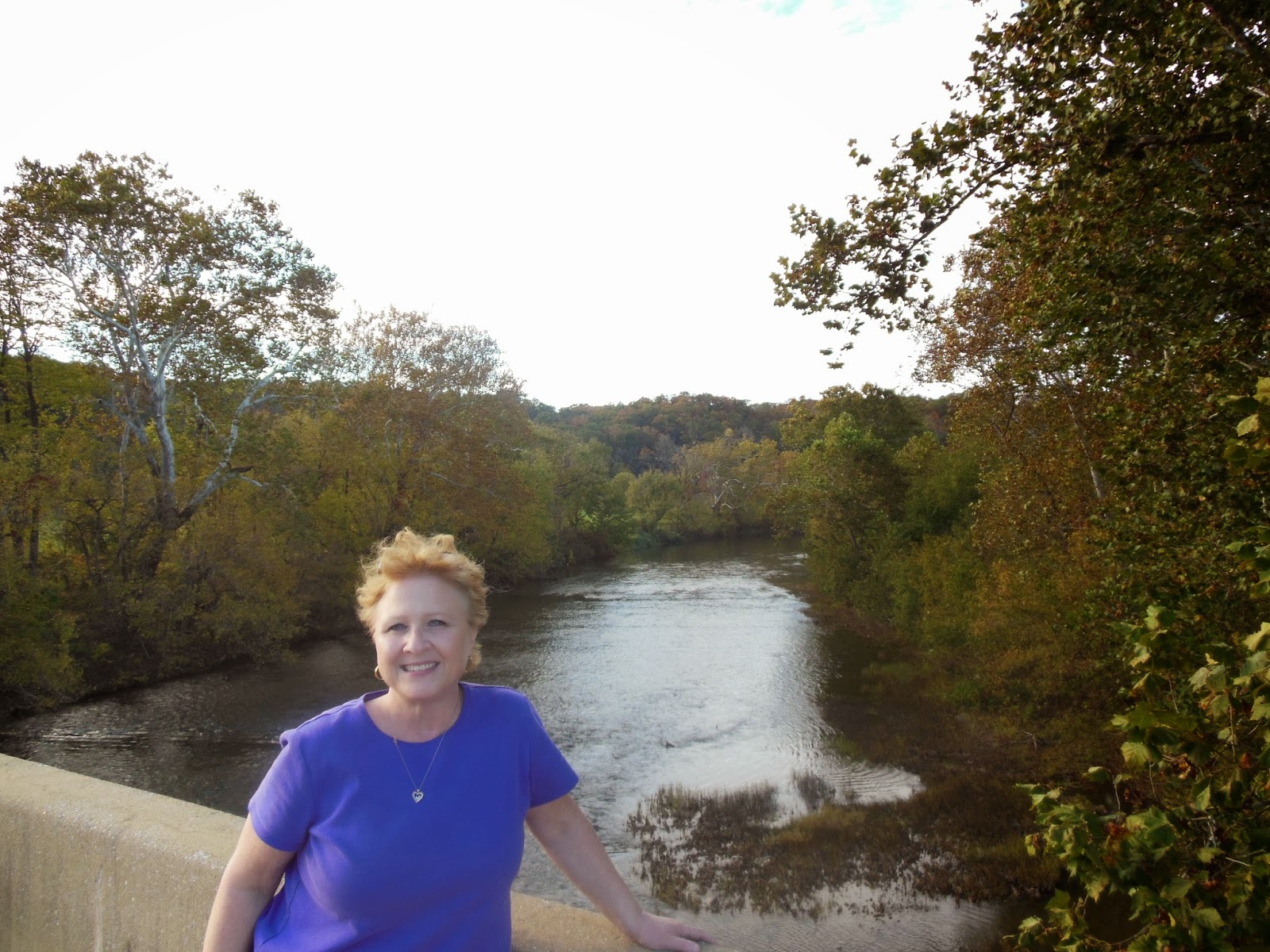 My story opens at the north fork of the Shenandoah River, so of course I had to see the precise location near Front Royal.


That warm, sunny, October day, my husband and I planned to spend time cruising Skyline Drive in the Shenandoah National Park. It’s known for its spectacular views, and that’s no understatement! We stopped at Signal Knob, a place on the Massanutten ridge where Confederate soldiers would spy on the Union Army, watch its movement, and then signal their commanders as to the Yankees’ location. At just the right time, the Rebs would attack. 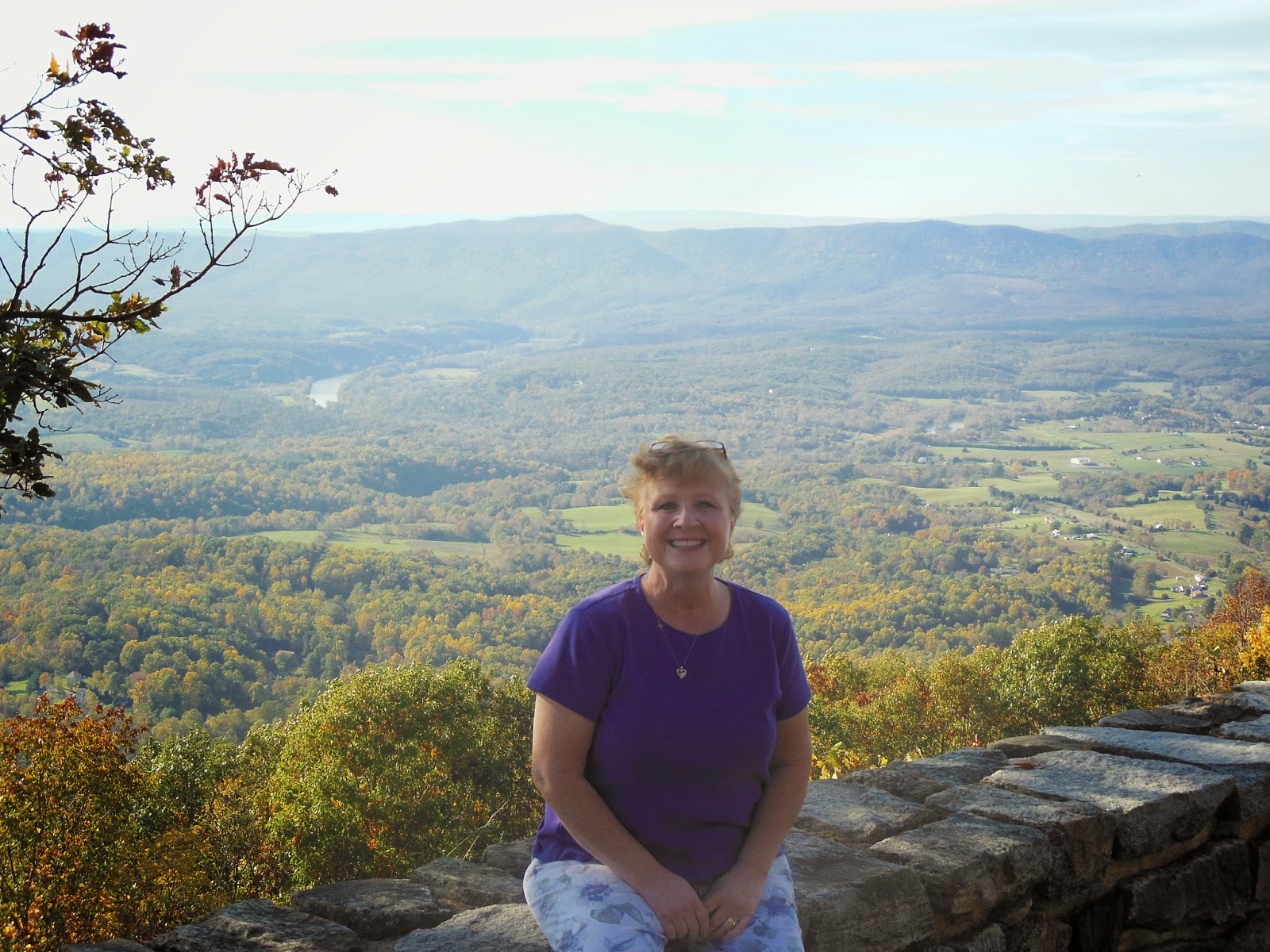 From this photo you can see the Shenandoah Valley stretched out behind me. 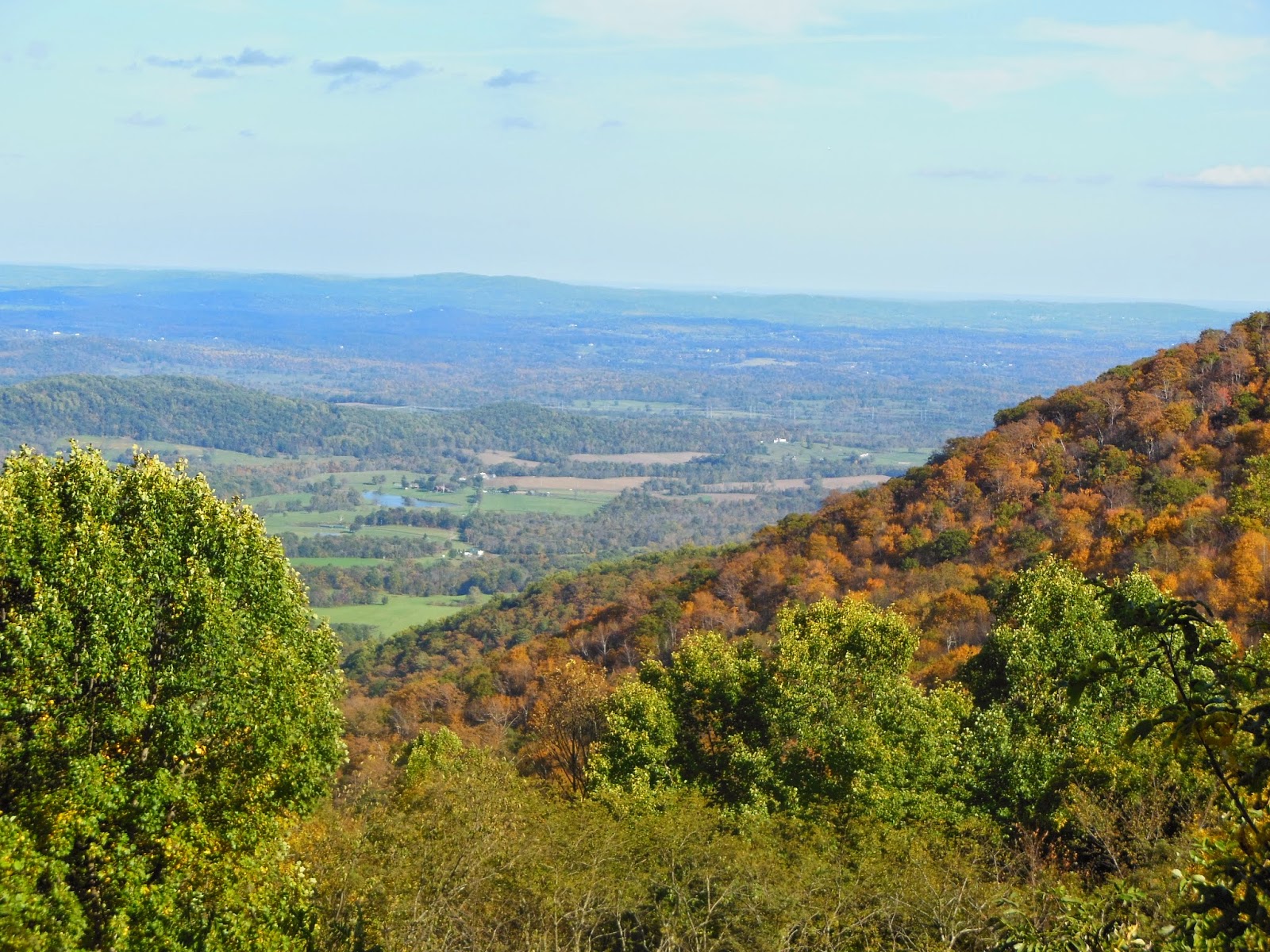 I visited Historic Winchester and walked by the Taylor Hotel, which many times served as a hospital for wounded soldiers. During the Civil War, the town was the center of three battles, one in May of 1862, the second in June of 1863, and the last in September, 1864.

Why so many? Winchester is the gateway to the Shenandoah Valley.

And, speaking of the Valley…my husband and I drove up and down the Pike (US 11) so I could get a feel for the topography, but best of all, our visit included attending Civil War Weekend at the Belle Grove Plantation in Middletown, Virginia. The event is held each year and I was told that some 5,000 re-enactors descended on the Bell Grove grounds, and about the same number of attendees had been expected, making this particular Civil War event one of the nation’s largest. But this year was very special, as it was the 150th anniversary of the Battle of Cedar Creek. I felt blessed to be able to attend the celebration. 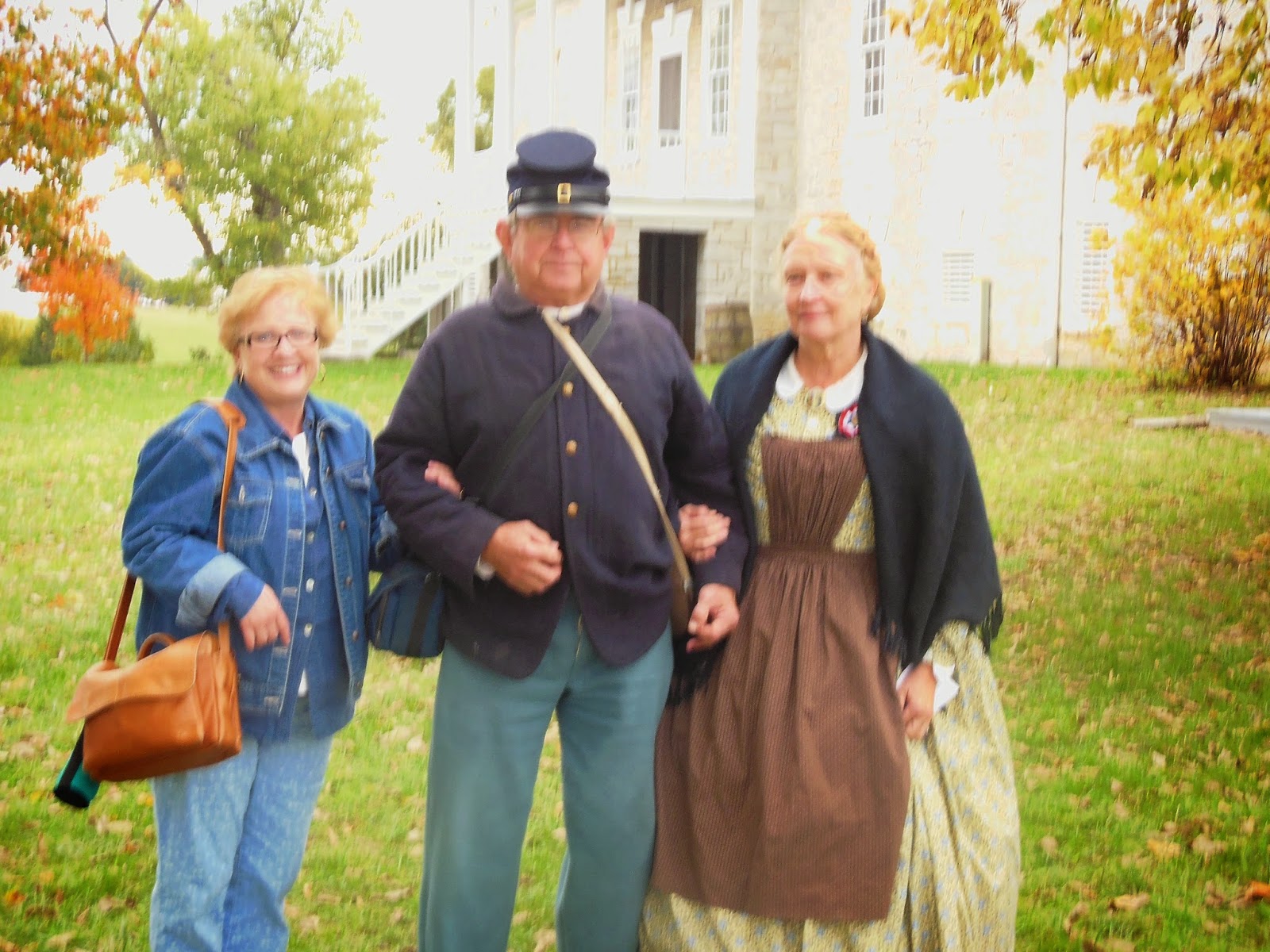 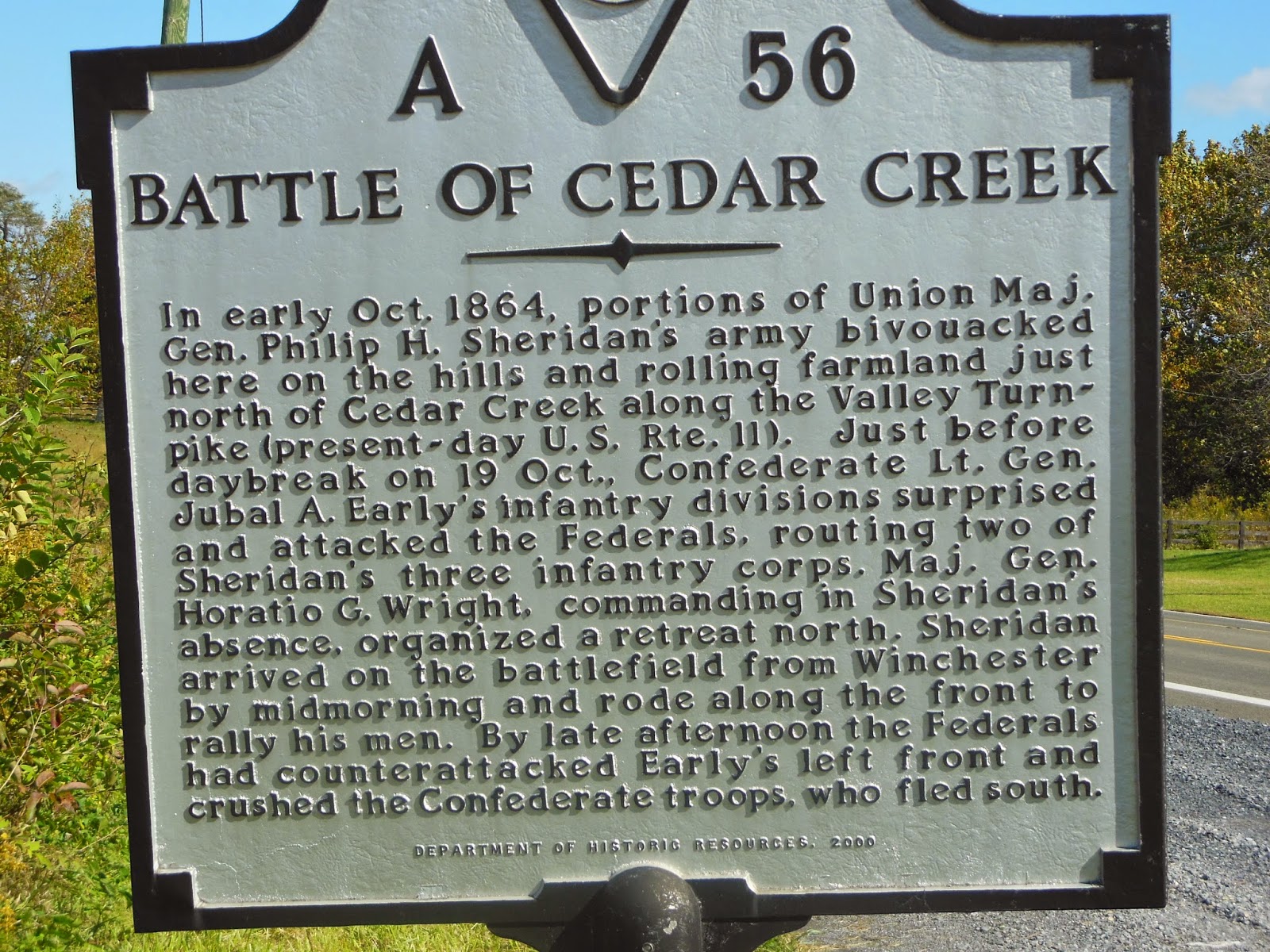 For information on next year’s event click here: http://www.bellegrove.org/index.php?/about/battle


For professional authors of historical fiction, of which I am one, researching a novel is part of the job of writing the book—but it’s also part of the fun!

Andrea Boeshaar has been married for more than 36 years. She and her husband, Daniel, often brag about their 5 precious grandchildren. Andrea’s publishing career began in 1994. Since then, thirty of her books have gone to press with nearly one million copies in print! Additionally, Andrea cofounded ACFW (American Christian Fiction Writers) and served on its Advisory Board. In 2007, Andrea earned her certification in Christian life coaching and is currently the purveyor of The Writer’s ER, a coaching & editing service for writers.