Pirates of Barataria: American Sailors in the War of 1812

Hello, my name is Beth White, and I am a history nerd.

When I began writing historical romance novels nearly two decades ago, I found my native Gulf Coast to be a rich source of little-known American heroes, villains, and absurdities—enough to fuel characters and plots for several novels. The first working submarine (the Hunley) found its way into Redeeming Gabriel, my Civil War spy romance. The heroine of Crescent City Courtship attended the second oldest medical school in the Deep South, which became Tulane University School of Medicine in New Orleans. Both those books found a home in the Love Inspired Historical series. 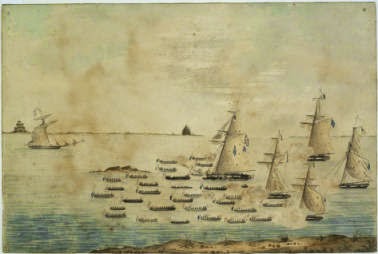 The idea for the first book of the Gulf Coast Chronicles, The Pelican Bride, published by Revell in April 2014, originated when I ran across a brief mention of twenty-five young Frenchwomen who crossed the ocean in 1704 to become the brides of explorers who formed the colony of Louisiana in a water-logged fort just north of present-day Mobile, Alabama. Who knew that the Spanish dons of old Mexico—headquartered in New Orleans and sailing along the entire Gulf Coast—secretly funded, armed, equipped, and pursued espionage on behalf of the fledgling United States of America during the War of Independence? That swashbuckling period came alive for me as I wrote Book Two of the Gulf Coast Chronicles, The Creole Princess, which will release in April 2015.

Movies are useful for visual effects, and general period mood, but details of the writing require more diligent reading and study. Fortunately, a couple of years ago, a friend enthusiastically recommended Winston Groom’s nonfiction classic Patriotic Fire: Andrew Jackson and Jean Laffite at the Battle of New Orleans.

When I first conceived the story, I planned for the action to take place on Mobile Point, an isthmus near the mouth of Mobile Bay, and nearby Dauphin Island. But as I read about Jean Laffite and his band of pirates, whose defense of the American port of New Orleans against British invasion earned amnesty for piracy, I determined to expand my story’s field of action. After all, Jackson’s victory at the Battle of New Orleans was the final battle in the war and catapulted the backwoods general into the limelight as a national hero.

Here are a few human-interest factoids I gleaned from research, which may or may not figure in my story:

·         Major General Andrew Jackson became the Commander of American forces in 1813. He was blessed with a full head of gray hair and icy blue eyes, and suffered a shoulder wound from a sword duel back in his native Tennessee. He hated the British after his experiences in the American Revolution, and he was called “Sharp Knife” by the Indians.

Jean Lafitte was a real-life pirate gentleman, operating out of New Orleans and nearby Grand Terre Island, also known as Barataria. He had at least one brother, Pierre Lafitte, who served as his confederate, and another (possibly an uncle or cousin) going by the bizarre moniker of Dominique You. Lafitte offered critical intel to Jackson, as well as the use of his men, ships, munitions, and other supplies.

Handsome young New Orleans playboy and Creole aristocrat Bernard de Marigny urged Jackson to accept Lafitte’s offer. Marigny was the son-in-law of the Spanish comandante of Pensacola, and for some reason Jackson didn’t like him.

Jackson summoned Commodore Daniel Patterson, commander of American navy, who brought the fourteen-gun schooner-of-war Carolina (plus six gunboats and several barges) to New Orleans. Patterson was under orders from the secretary of war and the secretary of the navy to clean out any pirates hiding out on Barataria Island. The pirates escaped capture, but Patterson’s forces captured twenty-six privateer schooners.

·         Edward Livingston—New Orleans lawyer and friend of Jackson from early congressional days—managed to secure amnesty for Lafitte and his followers. Livingston was a Princeton graduate and former mayor of New York City who had married into a wealthy Creole family and spoke flawless French.

·         Laffite and his pirates played a significant role in fending off the British when they finally got around to invading New Orleans in December of 1814. 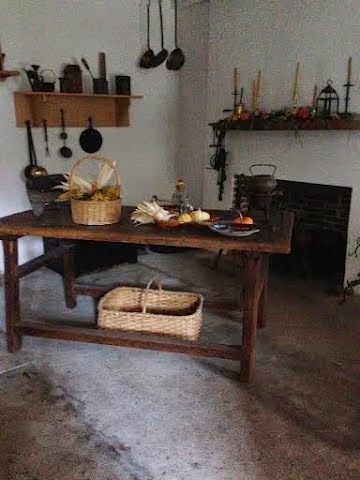 I had most of the information I needed to structure an outline for Duchess, but I still love it when I get a chance for hands-on, up-close information. A few weeks ago I went on a retreat near St. Augustine, Florida, which prides itself on being “the nation’s oldest city.” I managed an afternoon away to see the sights—and of course that’s not nearly enough time to take it all in—but my friend and I gave it a good try. The pirate museum was one of my favorite tours, but unfortunately I saved the Colonial Village for last! I totally ran out of time and wound up zooming through the exhibits, but I took a few pictures that I’ll share with you here. If you get a chance to go, I highly recommend starting there! 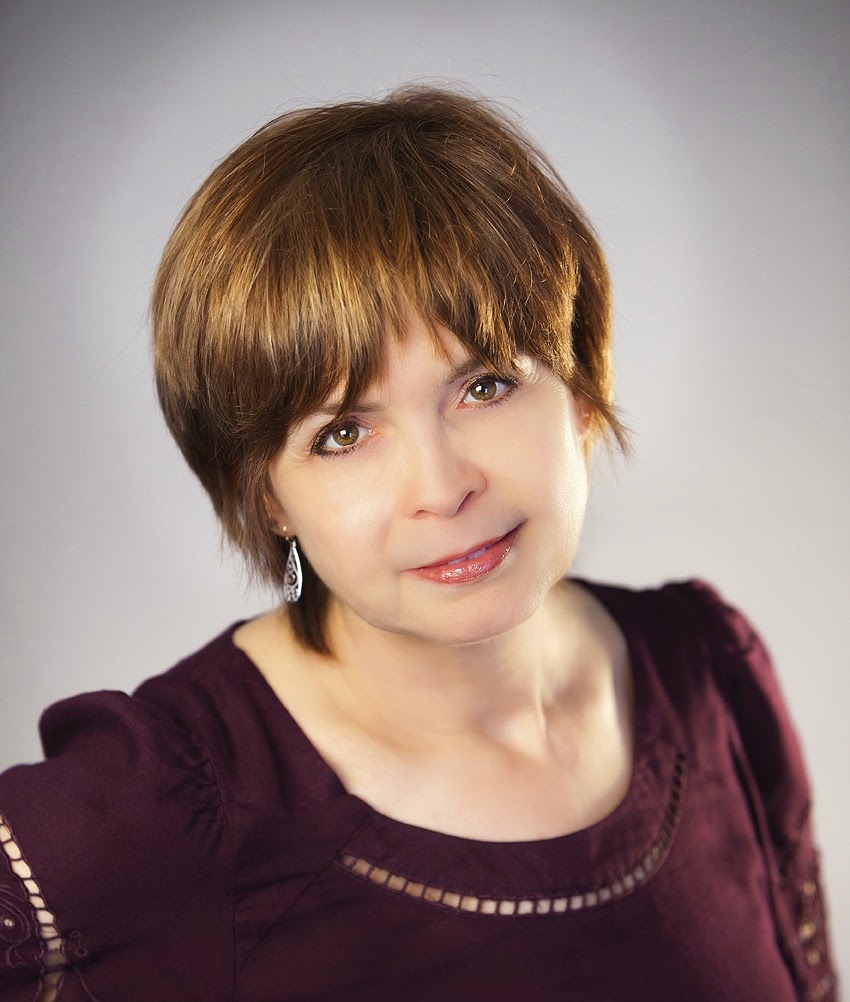 Beth White is the award-winning author of The Pelican Bride. A native Mississippian, she teaches music at an inner-city high school in historic Mobile, Alabama. Her novels have won the American Christian Fiction Writers’ Carol Award, the RT Book Club Reviewers’ Choice Award, and the Inspirational Reader’s Choice Award. Learn more at www.bethwhite.net.

“Duplicity, danger, political intrigue, and adventure.”—Booklist on The Pelican Bride

“The brutal New World [is] captured with distinct detail in this fast-paced romantic adventure.”—RT Book Reviews on The Pelican Bride

The Pelican Bride by Beth White 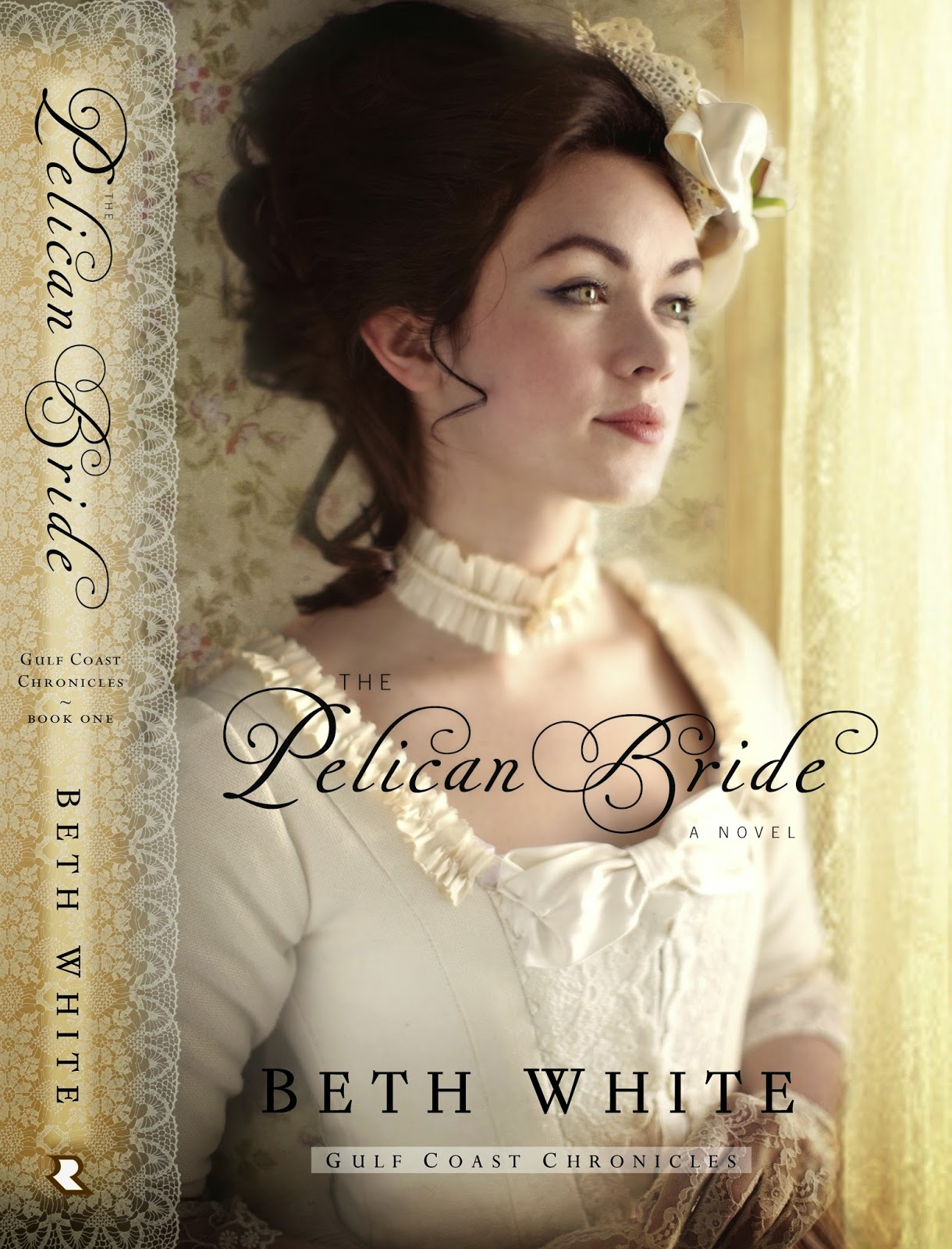 She’s come to the New World to escape a perilous past. But has it followed her to these far shores?

It is 1704 when Frenchwoman Geneviève Gaillain and her sister board the frigate Pélican bound for the distant Louisiana colony. Both have promised to marry one of the rough men toiling in this strange new world in order to escape suffering in the old. Geneviève knows life won’t be easy, but at least here she can establish a home and family without fear of persecution for her outlawed religious beliefs.

When she falls in love with Tristan Lanier, an expatriate cartographer-turned-farmer whose checkered past is shrouded in mystery, Geneviève realizes that even in this land of liberty one is not guaranteed peace. Trouble is brewing outside the fort between the French colonists and the native people surrounding them. And an even more sinister enemy may lurk within. Could the secret Geneviève harbors mean the undoing of the colony itself?