Ever Heard the Wind in the Wires?

Do these names mean anything to you?

Kelly Diamond? Glidden? Hollner? Decker? Allis? Ric Rac? Ross? Buckthorn? Scutt? What do they all have in common? They’re a few of the more than five hundred different types of barbed wire developed from 1868 and into the late 19th Century. 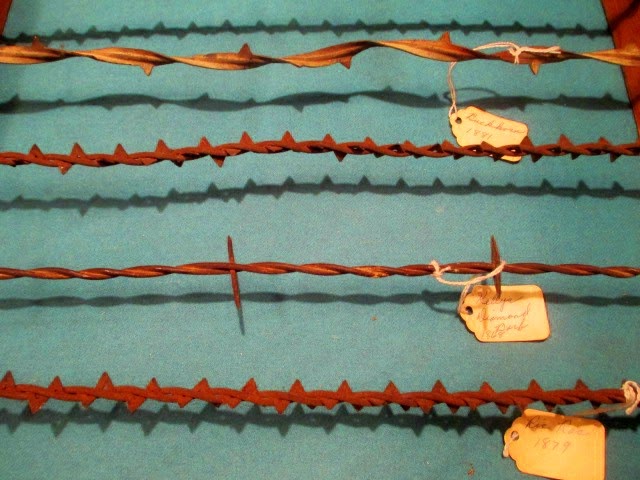 Last year I rode with a friend along a moss-covered wood post and rebar five-stranded barbed wire fence line. She checked the steel stays and spotted a portion that dragged the ground. She called her wires the old Decker variety, loose twisted and double pronged. And only this one pasture of her family’s farm still had the wires of the barbed sort.

“Have you ever heard the wind whistle through the wires?” I asked her.
“A few times,” she said. “Has to be just the right conditions.” She explained the sound as a low-to-high swirl and whoosh. The more gusts, the higher it gets.


Barbed wires provided a breakthrough invention in the Old West.

With prongs and points that prick, they established boundary lines 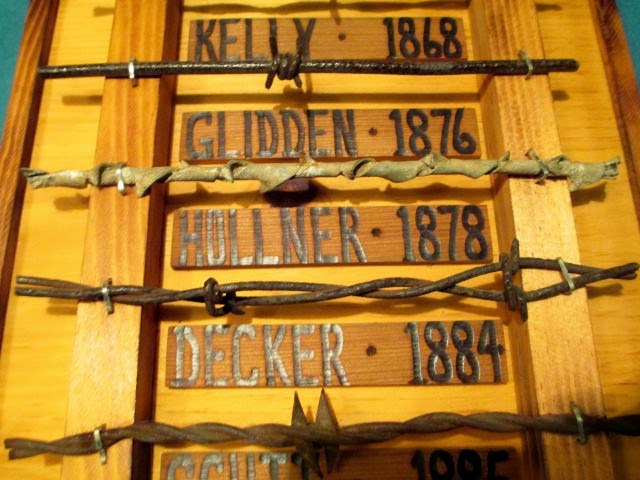 to mostly keep ranch critters inside them. They were especially great for areas of scarce stone or hedges and scanty timber. Efficient, inexpensive, with a potential unlimited supply, they could either be a permanent or moveable barrier, and easily mended or rebuilt.

On the down side, shots got fired and bitter grudges grew over disregard of those wires. Good men died putting fences up. Equally good men died tearing them down. 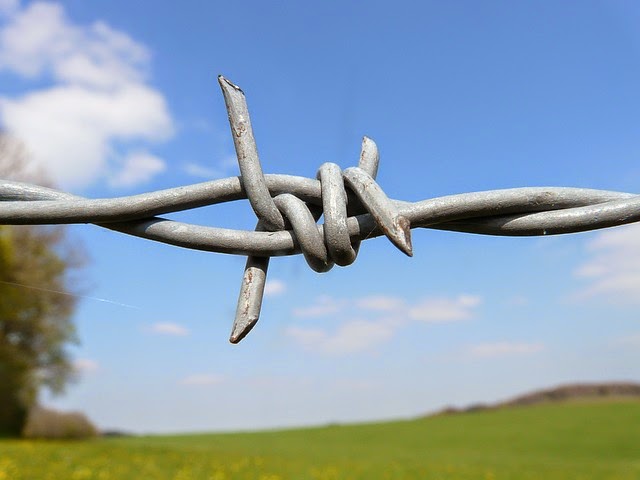 Today some folks collect the antique barbed wire samples as a hobby or for income. In places like out in the western desert you can find big balls of rolled up barbed wire most anywhere. When old wire is replaced with the lighter, more practical, stretchy modern type, it’s left standing or rolled up. Or piled in corners of fields. Or hung in trees or on posts. Or it can be thrown in junk heaps. Or cast into rain-washed gullies to reduce soil erosion. The collectors sell them, for instance, as displays for restaurant themed walls or western gift shops.

What four inventions most influenced the settlement of the West? The revolver, the repeating rifle, the windmill, and barbed wire. 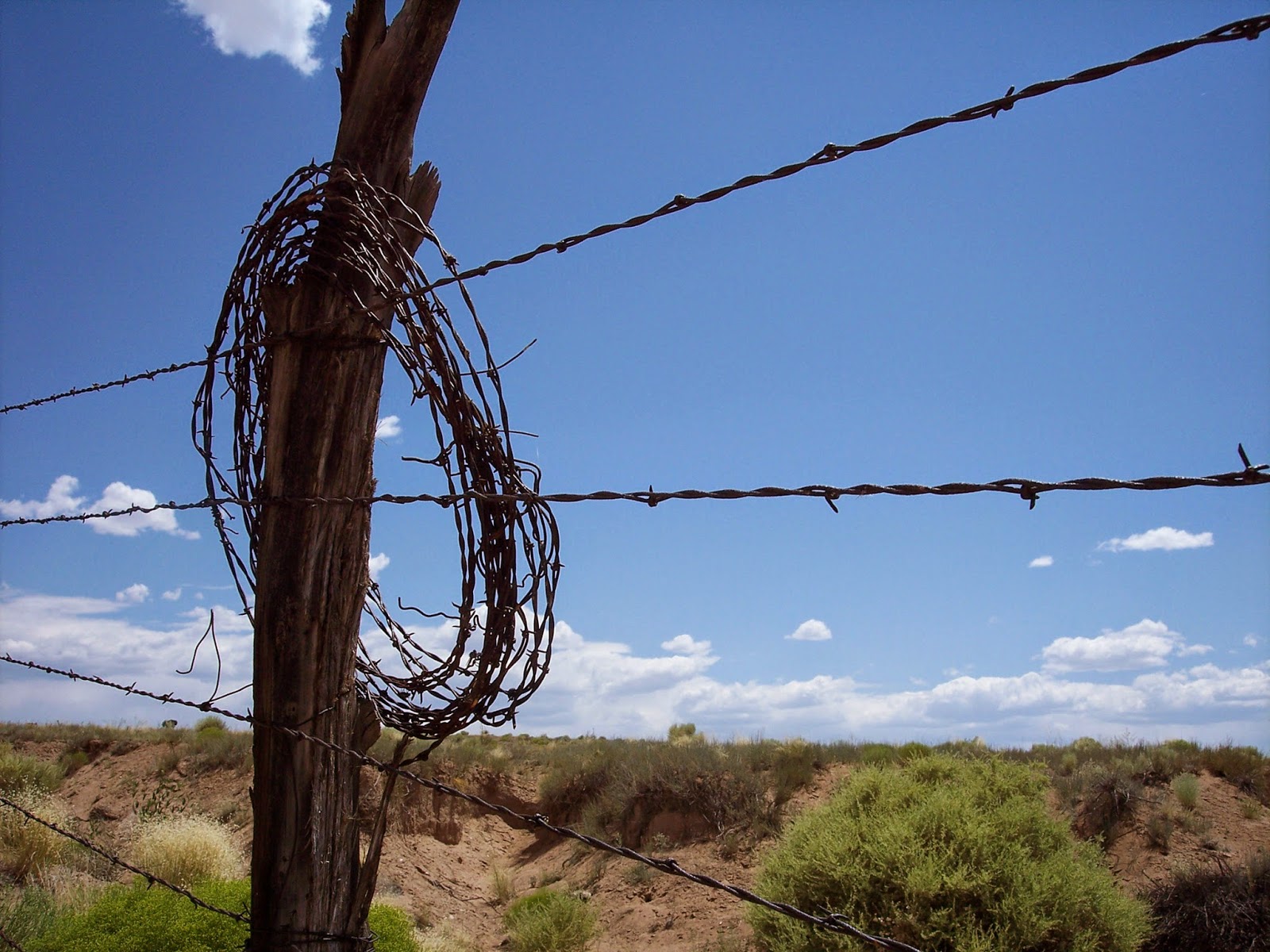