Why Are We Fighting? the Napoleonic Wars

War. For as long as people have inhabited the earth, war has existed. While war is always tragic and costly in many ways, there has been so much war scattered throughout history that reading through a list of them is, sadly, exhausting.

England and France were two of the two most prominently warring countries during the 18th and 19th Centuries. Like with most wars throughout history, greed, land acquisition, and strengthening the monarchy were the usual catalysts and goals. But with the advent of the French Revolution (and the American Revolution preceding it), a new mentality regarding war arose among the common people.


Before the American and French Revolutions, commoners fought in wars that served to benefit the aristocracy or monarchy. With these new revolutions, regular citizens and common people had a better reason to fight: themselves. Each man standing in France’s army believed he would have a better life if he was allowed to choose who governed his country rather than be subject to a hereditary monarch. One thing that the British initially failed to understand about the French and Americans was WHY they wanted to fight. If you study the French Revolution, American Revolution, Napoleonic War and then the War of 1812, you’ll find this misunderstanding for every single war. With the changes in the French and American governments came a type of energy and belief that the mass of the population could fight for freedom, or for a government they wanted rather than one handed to them by a monarch. And Britain failed to grasp these ideals.

If you were to ask a Frenchman in 1793 and 1803 why he fought, he would have given an answer that involved something about freedom and thwarting tyranny. Even if you were to ask this question a decade later in 1813, after twenty years of war, the answer may well have been the same. “We want freedom. We don’t want another Bourbon king.”

Interestingly enough, if you were to ask a British subject in 1793 why he fought, he likely would have answered “because the king wants us to fight.” If you were to ask the same British soldier that question in 1803, his answer might well be the same, or he might say something to the effect of “because I don’t trust that French Consulate and Napoleon.” If you were to ask the same question again in 1813, the answer would likely be, “Because that Corsican Monster Napoleon is trying to take over Europe, and he’ll take England if we don’t stop him.”

For the first decade of war between France and England, the average British sailor and soldier didn’t have a reason to fight beyond “the government wants us to.” The average Englishman had nothing to gain by fighting against France until the English populace began to believe Napoleon Bonaparte a threat to England (part of which was came about as a result of printing intentionally untrue propaganda against Napoleon).

When I wrote my most recent novel, Falling for the Enemy, I paired a French heroine with a British hero. It was essential that I understand the conflicting mentalities toward the Napoleonic Wars so that I could accurately write both characters. This also lead to a lot of fun scenes such as:

If England won this war, France would go back to how it had been before the Révolution. No more liberty or equality for the masses. Peasants heavily taxed while aristocrats lived in excess.

Commoners starved for bread and clamoring after only a handful of jobs while the queen ate cakes at Versailles. Papa’s first wife had taken ill and died, half from starving and half from illness, during those days. Many others would die of disease or starvation once more if King George had his way.

’Twas why England’s tyranny had to be stopped.

’Twas why she never should have agreed to aid Gregory. 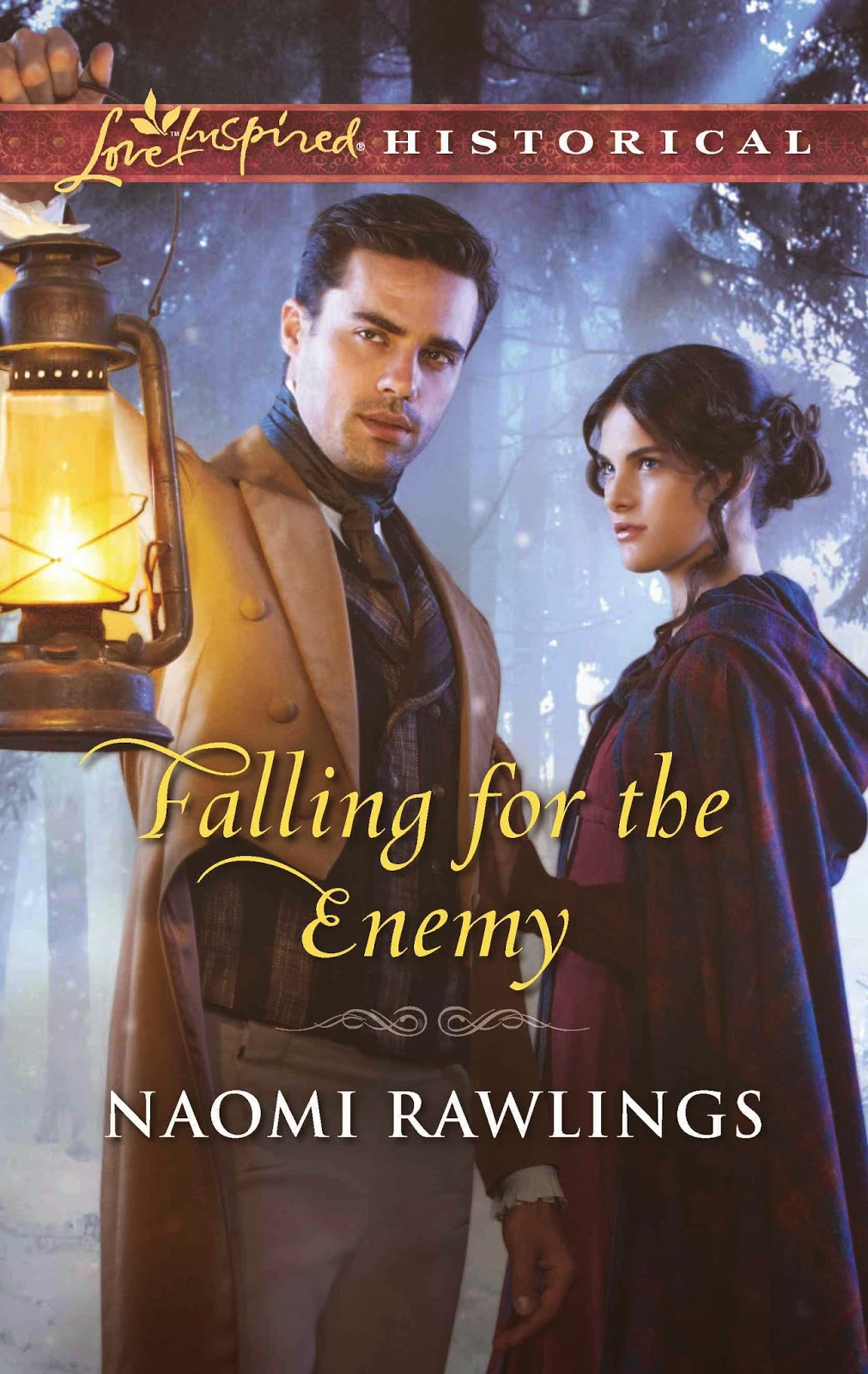 Betrayed and stranded in France at the height of war, Lord Gregory Halston has few options. After rescuing his ailing brother from jail, they struggle to survive in hostile territory without outing themselves as Englishmen. Gregory hopes the feisty French peasant woman he meets is willing to guide them to safety.

Danielle Belanger doesn't wish to protect any man from the same country responsible for her brother's demise. But there's something about the determined Englishman that makes her willing to try. Though a match between Danielle and Gregory is impossible, their attraction can't be denied. The only thing more dangerous than aiding the enemy…is falling in love with him.

For more information about Naomi Rawlings and her novels, visit www.naomirawlings.com.