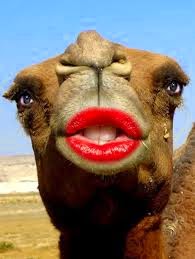 In 1855 Congress decided to try an interesting experiment; they appropriated $30,000 to import camels to America to carry army equipment in the southwest and engage in military operations against the Indians.  US Army Major Henry Wayne was sent overseas to purchase them. 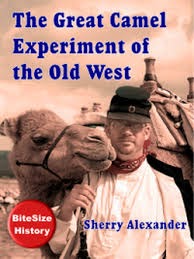 A year later he landed on the Texas coast with more than thirty camels and eight camel drivers.  His arrival created quite a commotion. Crowds gathered on the pier to view the US Camel Corps, but after being confined to a ship for weeks the beasts were in no mood for company.  They bawled and kicked and broke their harnesses.  Horses panicked and bolted, overturning wagons and sending people running and screaming.

The camels were quickly moved to Camp Verde and joined by a second shipment, but even there they caused havoc; They roamed the camp freely and ate their way through cactus fences onto private property, scaring livestock, chasing children and trampling gardens.

Containing them, however, was easy compared to loading them.  Their humps required special saddles and pack frames.  During placement cattle had to be made to kneel, stand and kneel again. The men were ill prepared for all the growling, spitting, bleating and snarling that went on during loading. 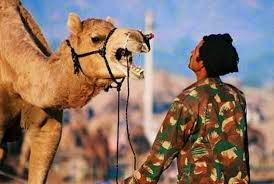 Camels were not only vindictive they were also unforgiving and held a grudge.  Some soldiers soon lost patience and tried to teach the animals a thing or two with whips. Used to working with relatively tame horses and mules they must have been shocked when camels fought back with sharp teeth and deadly jaws.  Some were even knocked to the ground and crushed. 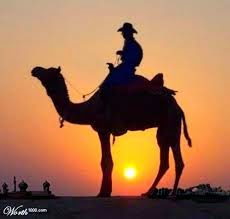 Once loaded, however, camels proved their worth. They could carry six to eight hundred pound loads; more than four times what a mule could carry. They could easily travel up to forty miles per day and were happy to eat whatever desert brush could be found along the trail.  While horses and mules would make frantic dashes to water holes, camels never drank a drop even after traveling days in searing heat.
By 1858 camels were working throughout the Southwest and did much to help the westward expansion and helped establish the Butterfield Overland stage routes.
The Camel Corps came to an end with the first shot of the Civil War.  Westward expansion was abandoned as Union soldiers were called back east and the US Government’s  camel experiment officially ended in 1863.

Maggie Michaels is sent to Arizona Territory as an undercover mail order bride to track down the notorious Whistle-Stop Bandit.  If she doesn't prove the suspect guilty before the wedding—she could end up as his wife! 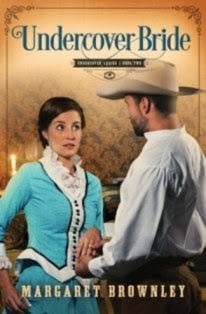 Order now  from your favorite bookstore or click cover.