The Character & Personality of Samuel Adams with Giveaway!

I have always been a lover of history. Not so much the dates and statistics, but the culture, the way of life,  and the characters that made history happen. So for today's post, I thought I'd share some of the interesting things I learned about the character and personality of Samuel Adams as I studied for the Declaration of Independence anthology.


Today, Samuel Adams is often lost in the shadow of his second cousin, John Adams, but he was an extraordinary man and very influential in the struggle for independence. Samuel was quite a bit older than his cousin, 53 years old at the time of the signing of the Declaration of Independence.  He was close to his cousin, however, and their alliance greatly aided in bringing about the revolution.  It was the two Adams who brought John Hancock into politics, and for a long time, Hancock was a close friend of Sam, though he seemed to be at odds with John.

Many people have the impression that Samuel was a harsh man, and/or hotheaded. The truth is that Sam was a very pious and God fearing individual. He was also a good natured optimist. When it came to liberty, he was extremely passionate and zealous. He often compared the Colonies' struggle for independence to the Israelite's deliverance from Egypt. Samuel was advocating independence before the idea was popular and orchestrated many protests and gatherings, including the Boston Tea Party, and therefore was branded as a hothead. It probably didn't help that he was known for wearing a bright red cloak.

Samuel Adams had a good singing voice, and his charm and eloquence proved a blessing. He won the hand of a wonderful and graceful woman, but she later died. Written in the family Bible was this note from Samuel: "To her husband she was as sincere a friend as she was a faithful wife...She ran her Christian race with remarkable steadiness and finished in triumph. She left two small children. God grant they may inherit her graces."

Samuel did remarry, and his second wife was also a woman of virtue. Both of his wives were named Elizabeth.

One of the things I admire most about Sam, is his tireless efforts and work ethics. Galloway, who was the Speaker of the Pennsylvania Assembly for some time said of him: "Samuel Adams eats little, drinks little, sleeps little and thinks much..." This description was confirmed by other sources. Samuel's articles were published nearly every week in the Boston Gazette, and he wrote under many pen names. He used to write in the study next to his bedroom, and when the night workers would pass by, they would see the flame in the upper window and know that Adams was hard at work. His wife grew accustomed to hearing the scratch of his quill late into the night.

Among Sam's many accomplishments, though, keeping secrets was not one of them.

There is much more to be said about the Father of Liberty, but I will end with this quote from Samuel Adams' address to the Congress in September 1777, which I think sums up the fervency, zeal, and faith of this man of God.

"Let us still rely in humble confidence on Him who is mighty to save. Good tidings will soon arrive. We shall never be abandoned by Heaven while we act worthy of its aid and protection."


Now for the giveaway! Since I'm a new blogger here, I'm going to give TWO readers an autographed copy of the second installment of the Declaration of Independence anthology!
This includes my Samuel Adams story, A Shot at Freedom, as well as stories by Murray Pura, and  John V. Amodeo! Get a peek into the lives of the signers in this exciting and historically accurate series.


Leave a comment below with your email address before midnight to be entered to win. 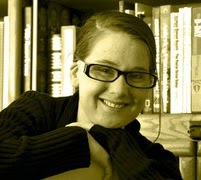 Amber Schamel writes riveting stories that bring HIStory to Life. She is the author of the Samuel Adams series in the Declaration of Independence anthology.
Connect with Amber on her website, blog, or other major social media sites.