Several famous men spent time in my historic town of Placerville, California in the early days. Among them was John M. Studebaker, who went on to help found the Studebaker automobile company. I'm not here to tell you about that part of his life, though. I'm here to tell you how he got his start.

Two of John's brothers, Henry and Clem, had started a wagon company. John, too, had learned the trades of wagon building and blacksmithing, but unlike his brothers, he dreamed of mining for gold out in California.

In 1853 John decided to make the trip west. Henry and Clem helped him build a wagon. They completed it in a record ten days. John made a deal with a trail master, trading that wagon for three meals a day during the journey.

En route to California, the wagon train stopped in Council Bluffs, where John engaged in games of Three Card Monte. He lost all but fifty cents of the sixty-five dollars his mother had sewn into his belt.

On August thirty-first, five months and eight days after their party had set out, they arrived in Hangtown (pictured below in 1851), which is what Placerville was called at the time. The weary travelers hardly had time to get a cool drink when a local blacksmith, H.L. Hinds, approached the group asking if there was a wagon maker among them. 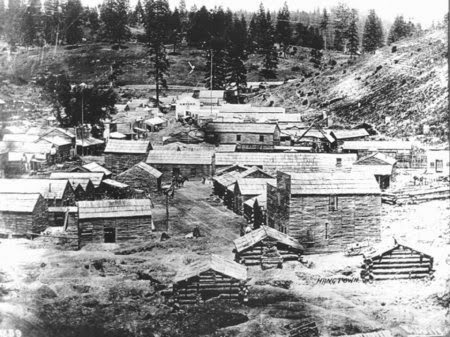 John intended to stake a claim and mine for gold, so he said nothing. A wise stranger gave John some advice, telling him that most of the men who'd come seeking gold had found very little and advising him to take the job. John, who had nothing but that measly half dollar in his pocket, reconsidered. He ran after Hines and accepted his offer. 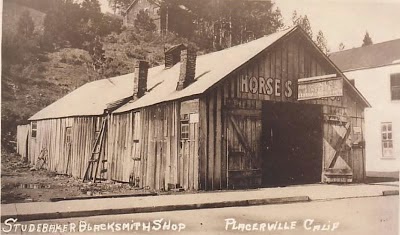 Hinds told John he didn't actually need wagons built. Wheelbarrows were what was in demand. He told John that if he could make twenty-five of them, he would earn ten dollars apiece.

John proceeded to make a wheelbarrow, a task that took him two days. Unfortunately that first wheelbarrow had problems and didn't impress Hinds. John told his new boss that he was a wagon maker, not a wheelbarrow maker but that he would try again and make a better one, which he did. (The photo below shows an actual Studebaker wheelbarrow on display at the El Dorado County Historical Museum.) 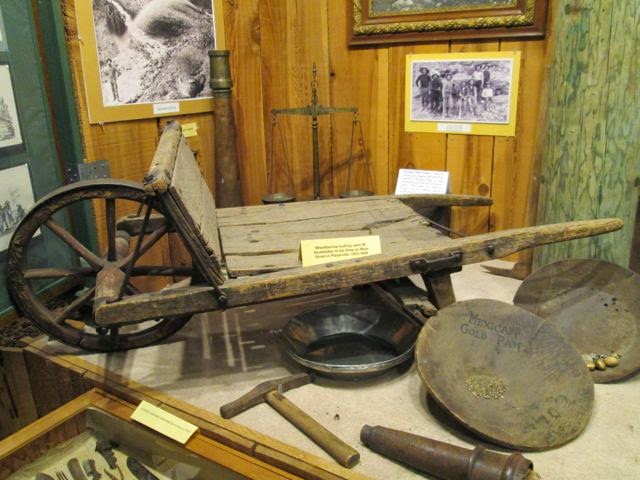 For five years John worked with Hinds. They repaired mining equipment and wagons and built wheelbarrows. The business flourished. Both men saved their gold and deposited it in the Adams & Co. Express.

Hinds became suspicious. He'd heard that Adams & Co. was having difficulties and that the Placerville office might transfer gold to another branch.

Sure enough, the company failed in 1854. Not willing to lose his twenty-two thousand dollars and John's three thousand, Hinds hid behind the express company's office that night, fully expecting the workers to take off with the money on hand. They did, creeping out at two in the morning.

Hinds followed the men and discovered the location of the safe where they stashed the money. He went to the sheriff to report the removal/theft of the depositers' funds and put an attachment on the money on behalf of himself and John. The owners denied they had hidden the money, but the sheriff found it.

John and Hinds got their money back in full since they'd filed an attachment. John collected the bags of gold and wheeled them up Hangtown's Main Street in one of the wheelbarrows he'd made.

Challenges abounded in those days. In 1856 the smithy was destroyed by the first of two fires to ravage Hangtown that year. However, the citizens were resilient were resilient, and the businesses that had been burned were quickly rebuilt, including Hine's shop. (The photo below shows the plaque marking the site of Hinds' shop, where John got his start.) 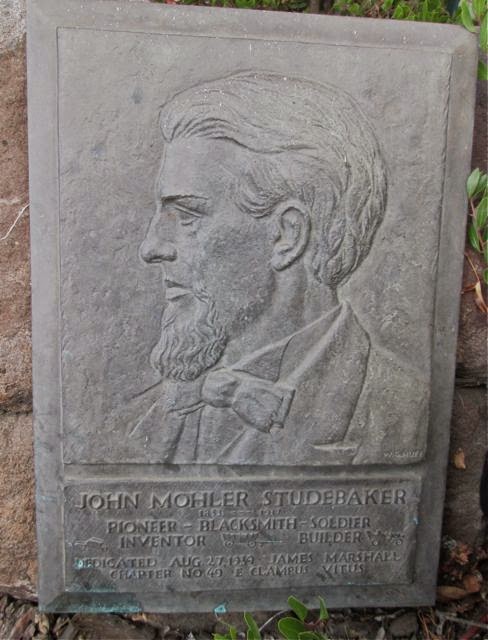 In 1857 John received a letter from his brother, Clem. The wagon business back in Indiana wasn't doing well. By that time John, who was now twenty-five, had eight thousand dollars saved. He decided to return and invest in his brothers' business, which he did in the spring of 1858.

And so ends John's adventures in California. He's a local legend. Every year since 1944, the John M. Studebaker International Wheelbarrow Race has been held during our local county fair. (The photos below were taken at the entrance to the fairgrounds.) 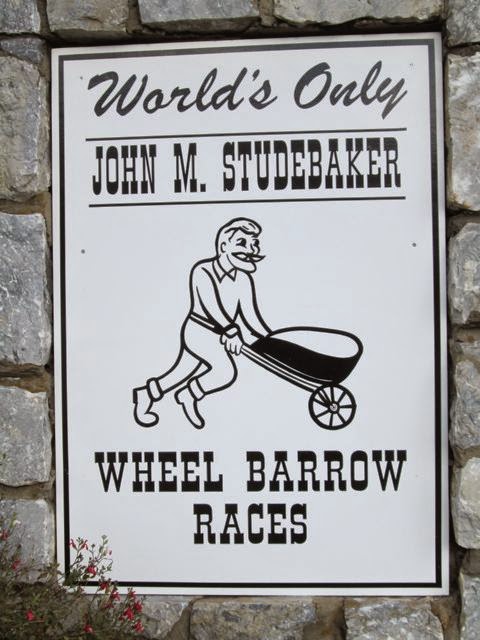 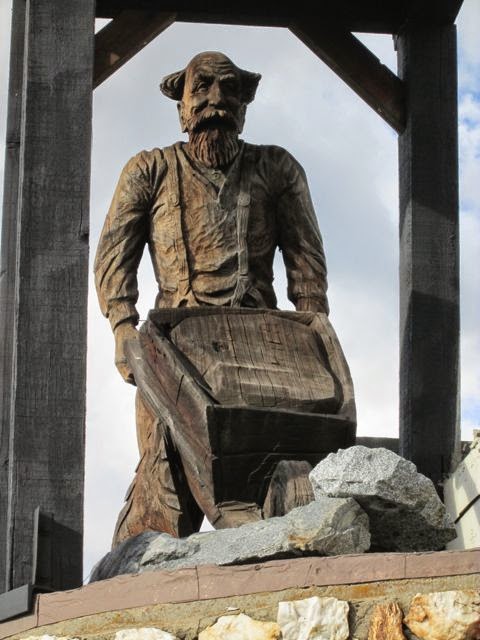 Be sure to visit the blog on Friday, March 6, when Ramona Cecil will tell the rest of the story in her upcoming post, "Studebaker - One of Indiana's Own."

Award-winning author Keli Gwyn, a native Californian, transports readers to the early days of the Golden State. She and her husband live in the heart of California’s Gold Country. Her favorite places to visit are her fictional worlds, historical museums and other Gold Rush-era towns. Keli loves hearing from readers and invites you to visit her Victorian-style cyber home at www.keligwyn.com, where you’ll find her contact information.