Last month I blogged about the real historical town of Eagle Harbor, Michigan, which is tucked into the woods on a little slat of land that juts up into Lake Superior. I lso mentioned I had a novel out about the very real Eagle Harbor Lighthouse, and a fictional lightkeeper. Of course writing about a fictional lightkeeper led to some rather interesting research about lighthouses.

Did you know that lighthouse location was very important to lightkeepers? Even though Eagle Harbor, Michigan was small and isolated in the late 1800s (which hasn't changed much between then and today), being appointed to the Eagle Harbor Lighthouse was still considered a very desirable position for a lightkeeper to have. 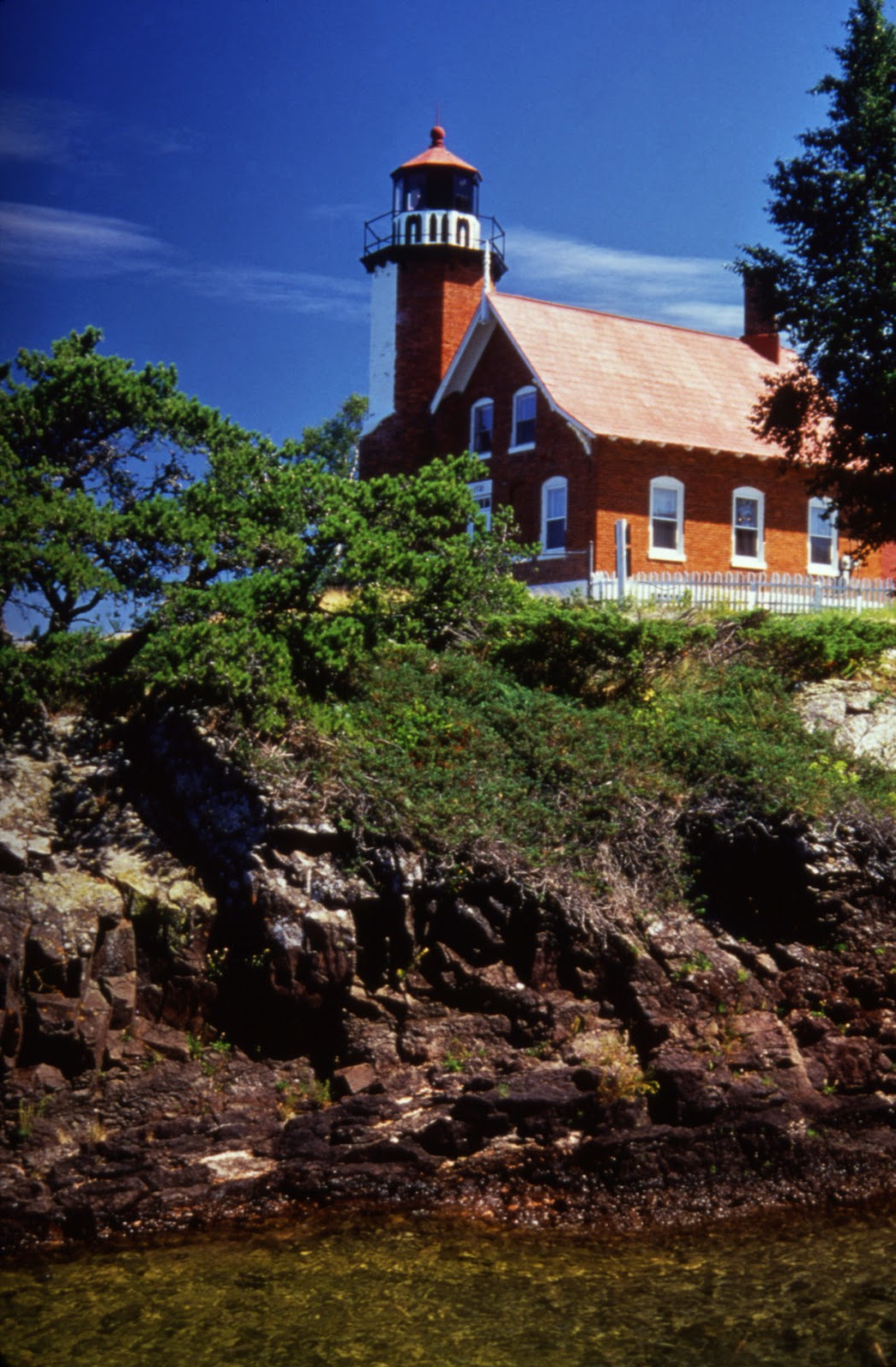 The Eagle Harbor Lighthouse is located at the edge of an actual town. A lot of historic lighthouses are in far less pleasant locations. Simply put, wherever there was danger of a ship running aground, a lighthouse was constructed. Sometimes this meant lighthouses sat on little slats of rock in the middle of one of the Great Lakes. Below is a picture of the Gull Rock lighthouse, which is no longer operational today. There's no town surrounding the Gull Rock lighthouse. In fact, even going to to the mainland to get help could be risky and impossible at times. There's one story about the lightkeeper's wife giving birth to a child inside the boat her husband was rowing to the mainland. 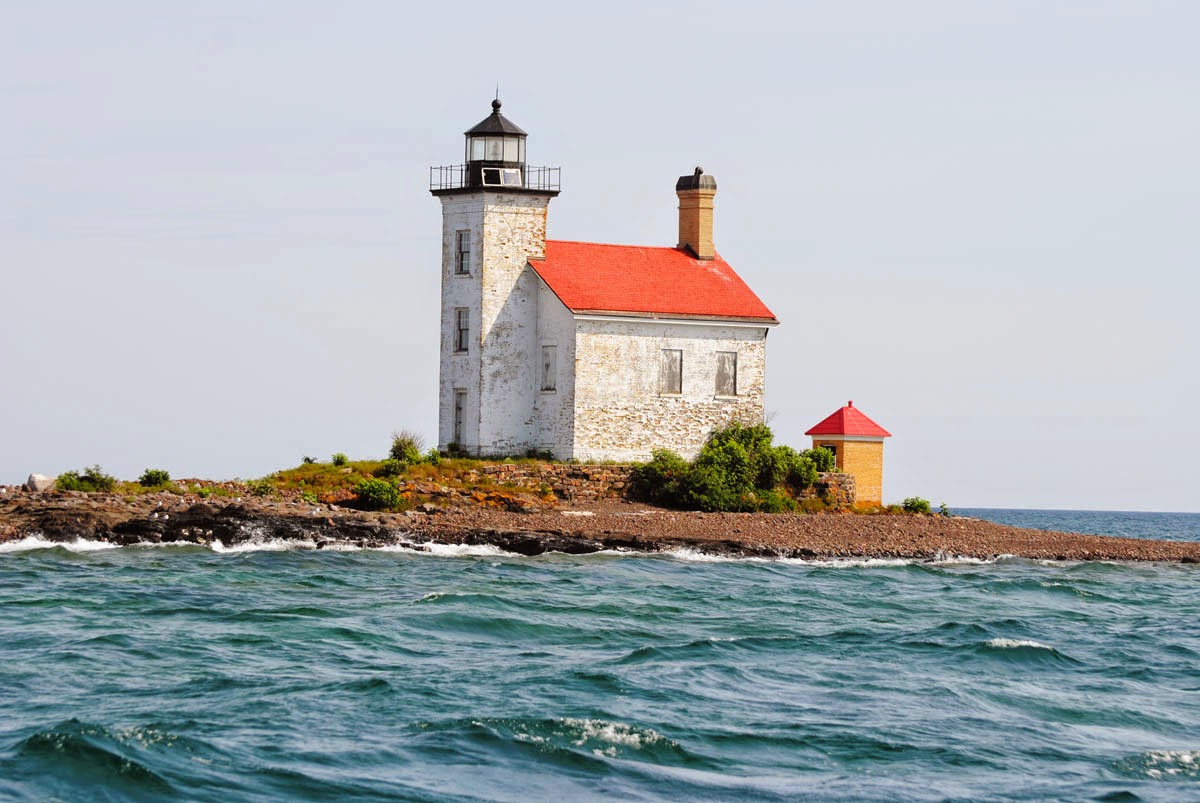 To a lightkeeper's way of thinking, the very best lightkeeping positions were located in towns with church and schools and stores. They offered a lightkeeper the chance to raise his family in a community rather than in complete isolation. Eagle Harbor, Michigan was one of those towns, as were several other locations along the Great Lakes. The lighthouses at Copper Harbor, Michigan and Ontonagon, Michigan were also considered good posts to have for this same reason.

Historical lighthouses, along with the ones still active today, served one of two purposes. They either worked as a beacon to guide ships to a harbor entrance, or they worked as a warning signal to keep ships away from dangerous stretches of water. The Gull Rock Lighthouse served as a warning to keep ships away from the rock ridge several miles off the shoreline. The coastline surrounding Eagle Harbor is rocky and rather treacherous, which made the light at Eagle Harbor doubly important. The lighthouse served the duel functions of not only marking where the harbor entrance was but also marking the rocks that rim the harbor. If a ship's pilot missed the safe entrance, then the ship would wreck. And yes, there are accounts of ships wrecking off the coast of Eagle Harbor in calm waters.