We the People ... of the Oregon Trail

When I read books and watch movies about people travelling the Oregon Trail in the 1800s, I assumed they just gathered for the trip and everyone lined up and headed out. Sometimes it was a little more organized than that, and others not so much.

Some groups of travellers had very strict rules that were drawn up all legal-like with an official constitution. Some constitutions required that the group have officers: president, commanding officer (wagon master), secretary, treasurer, council members for decision-making and inspections. Organized groups such as this might begin making plans over a year in advance. However, as more and more people headed west, they could travel to Independence, MO and join up with a group heading west without pre-arrangements with the party. So emigrants had options of travelling with family and friends or joining up with strangers if they wished.

Most of the rules were common things that you’d expect to find in a large body of law-abiding citizens travelling together. Rules I uncovered specified that joining a wagon train to avoid debt was prohibited, and the majority of members could expel anyone for good cause. Many wagon trains considered males of 16 and over to be adults, but many wagon masters wouldn’t allow a wagon without a male head of household to join a train regardless of the age of the women in the group. I realize this is a bit foreign to those of us in 2015, but the logic was that a woman (or a group of women) travelling alone would be a burden to the rest of the wagon train.

A president might be in charge until a wagon master or captain was elected, then he was relieved of his duties. In some cases, the president might become the wagon master if he proved his leadership abilities to the entire group. As expected, the secretary kept a record of the families that signed on, their wagons, and the number of livestock that belonged to each family.

On more than one research site, I discovered that some guides charged one dollar per person to guide a group to Oregon, while other agreements tended to charge per wagon. The treasurer kept the fees collected from the group. The money would mainly be used to pay the scout and other incidentals that could be considered an expense for the entire group.

The wagon master was in charge, but worked closely with the scout, usually a mountain man who had travelled the area extensively and knew the best places to camp and where water and grazing for the stock was located. Ideally, the wagon master and the scout worked together for the good of the wagon train as a whole.

As the group assembled, the elected officials collected fees, took a census, and inspected all wagons, harness, and livestock. Inspections could range from the weight in each wagon, to the actual contents as well. Alcohol (unless for medicinal purposes) was forbidden on some trains and would be destroyed if discovered. In addition, in these ultra-organized outfits, the officials confirmed that each wagon had enough healthy livestock, provisions, weapons, powder and shot to make the trip. Groups who expected to travel fast might have even turned away families with young children or elderly family members.

Having read many reports of travels along the Oregon Trail, I’m of the opinion that there were many options available to travellers: from extremely organized, well-outfitted groups of travellers that were very decisive in their dealings, to a free-for-all where someone just took off across the vast plains with a two-wheeled push-cart and the clothes on their backs.

I suspect the latter was the more common sight along the Oregon Trail. And in spite of excellent planning, even the most organized group faced hardships that would test their meddle beyond anything they could imagine.

I find it amazing what those people endured and what they accomplished as they sought to better their lives and the lives of their children and grand children. 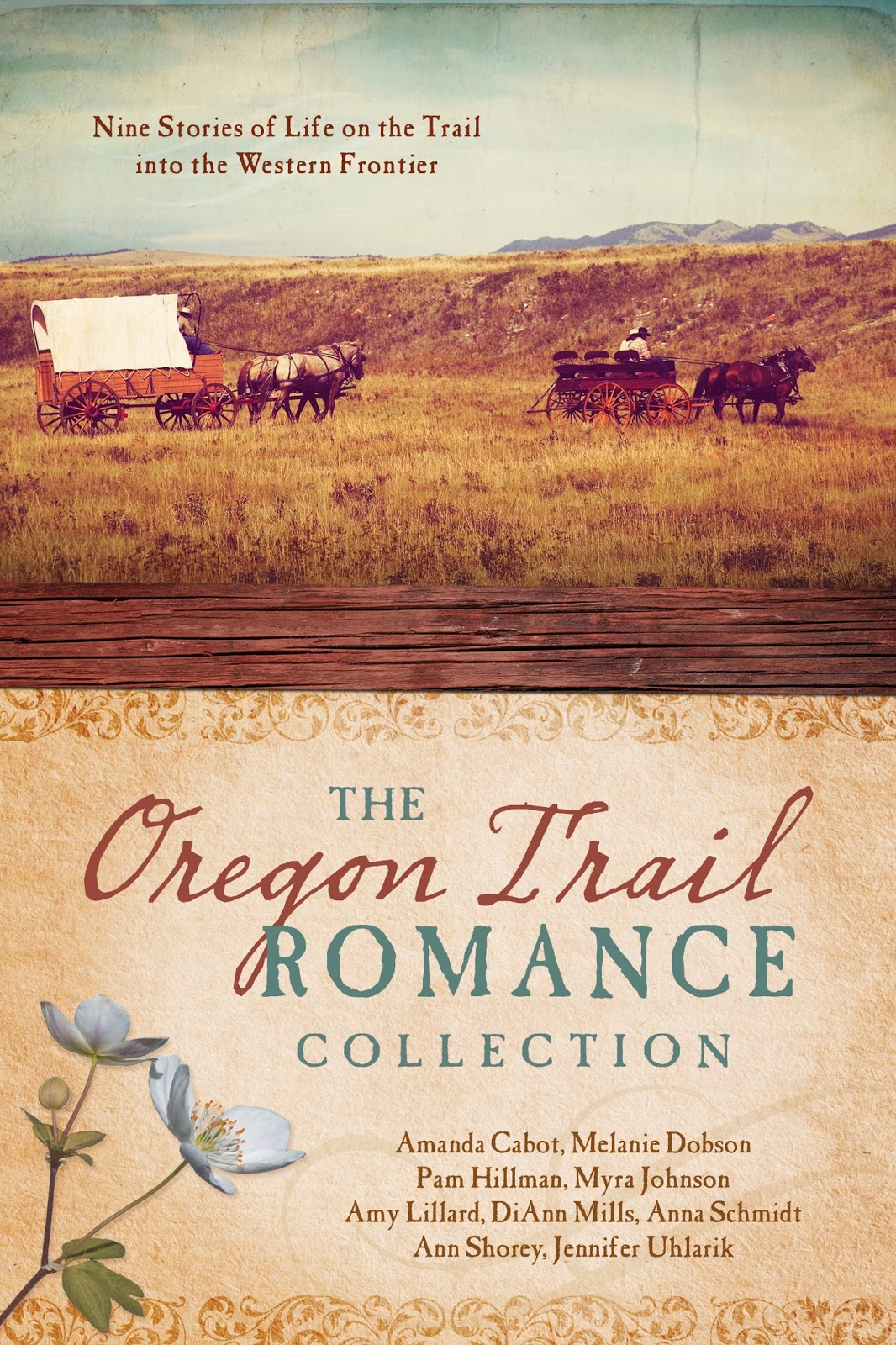 Nine romantic adventures take readers along for a ride on the Oregon Trail where daily challenges force travelers to evaluate the things that are most precious to them—including love. Enjoy the trip through a fascinating part of history through the eyes of remarkably strong characters who stop at famous landmarks along the way. Watch as their faith is strengthened and as love is born despite unique circumstances. Discover where the journey ends for each of nine couples.
Posted by Pam Hillman at 12:00 AM