With Malice Toward None--Lee's Surrender at Appomattox 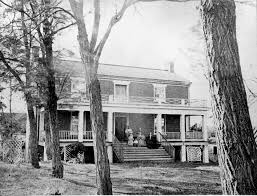 The Bennett Place, Appomattox Courthouse, VA
On a Sunday in April, 150 years ago this month, the war that had torn America in two at last drew to a close.  The victorious Union General Ulysses S. Grant rode into Appomattox Courthouse, Virginia to accept the surrender of Robert E. Lee, his Confederate equal and fellow West Point graduate.  Lloyd Lewis, who was with Grant at the laying down of arms, recalled that the General said he felt sad in spite of being on the winning side because “compassion for the brave old foe drowned all the elation of his own triumph. . . .” 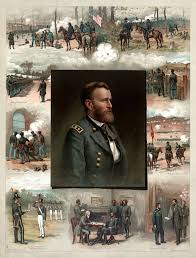 General Ulysses S. Grant
When the leaders converged at a brick house at the edge of the town, Grant looked more like the loser than Lee, covered with dust and wearing the disheveled coat of a private, appearing said Lewis, “like a Missouri farmer who had by mistake crawled into a blouse that carried, unnoticed, three little silver stars on its shoulders.”  Lee, on the other hand, conducted himself as the aristocratic gentleman that he was, schooled in the old manners and customs of his native South, a region that now lay in ruins.  While both sides had suffered catastrophic losses, it would take the South until well into the twentieth century to recover fully. 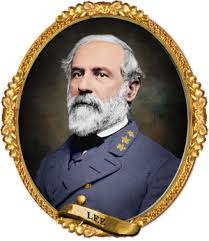 General Robert E. Lee
Lee was guarded as he met Grant and his staff, unsure of what further hurts would be inflicted upon his people according to the terms of surrender.  In silence the Union’s general wrote them down--the enlisted men were to give up their weapons while the officers could retain their own, as well as keep their property.  They had permission to return to their homes without fear of being harmed by any Union soldier or government authority, in exchange for their pledge never to rebel against the United States of America again.  Lee was surprised by the generous spirit of the conditions, and Lewis recalled that his face “lit up” as he said, “This will have a very happy effect upon my army.”


He went on to ask Grant if the Confederate soldiers could keep their horses, and Grant gave his permission since most of them were farmers who needed the animals for their livelihoods.  “At this,” Lewis recorded, “Lee melted entirely.  ‘This will have the best possible effect upon the men.  It will be very gratifying and will do much toward conciliating our people,’” he said. 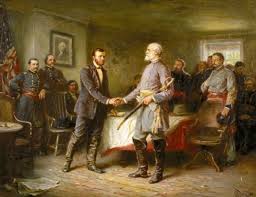 Generals Lee and Grant
There was something else on Lee’s mind, however.  At this point, the older general leaned closer and quietly told Grant that his men were starving—they’d been surviving on only parched corn for several days.  “It was,” said Lewis, “like one brother confiding in another.”  And so they were.  Although they had been mortal enemies during the war, the two men had a bond closer than national allegiance, a strong Christian faith.

The room where the surrender occurred
Grant sprang into action, directing his staff to travel throughout the Union regiments to drum up provisions for the Southern soldiers.  He told them to “ask every man who has three rations to turn over two of them.  Go to the commissaries, go to the quartermasters.  General Lee’s army is on the point of starvation.” As word of Lee’s surrender reached the Union soldiers, many began to celebrate by firing their guns into the spring air.  Grant, however, immediately ordered them to stop.  “The rebels are our countrymen again,” he said.  “The best sign of rejoicing after the victory will be to abstain from all demonstrations on the field.” 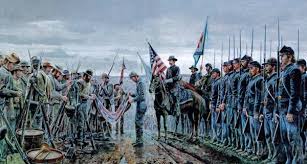 Grant was living out his faith, as well as President Lincoln’s soothing message from his second inaugural address just weeks earlier:


“With malice toward none; with charity for all; with firmness in the right, as God gives us to see the right, let us strive on to finish the work we are in; to bind up the nation’s wounds; to care for him who shall have borne the battle, and for his widow, and his orphan—to do all which may achieve and cherish a just, and a lasting peace, among ourselves, and with all nations.” 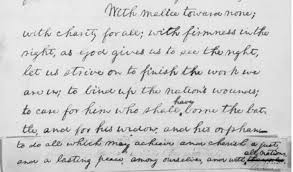 Excerpt from Lincoln’s second Inaugural Address
What is your reaction to this stunning story about the end of the Civil War? 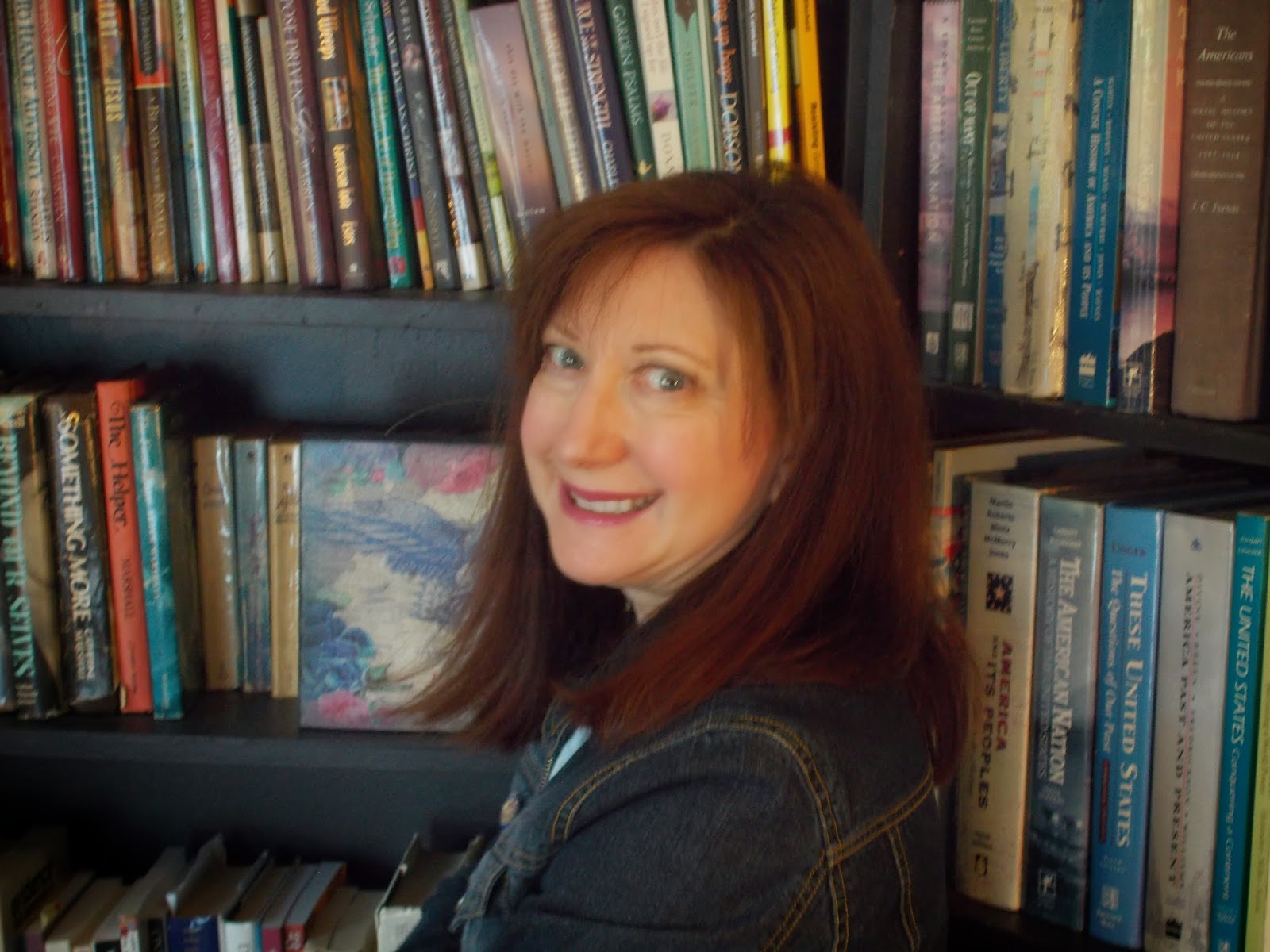 Rebecca Price Janney is a theologically trained historian with a special love of American history.  In her book, Great Events in American History, from which this account is taken, she takes many of the dates we all had to learn in school and puts a faith-based story behind them.  Rebecca lives in suburban Philadelphia with her husband and her son.