Thousands of people have become proficient horse trainers because of Jesse Beery and his entrepreneur outlook and gift with animals. Jesse was born in Ohio in 1861. Jesse worked hard on his father’s farm. He came from a family of eight, but his mother died when he was 7-years-old. At a very young age, Jesse showed a propensity for training horses. That gift, in addition to his ability to share his knowledge and discoveries with others, made him world famous.

Jesse began to travel around the country demonstrating his training techniques. People everywhere were amazed at his mastery with horses. He displayed his abilities at fairs, expositions and private gatherings. For 16 years he traveled and taught his method.

In 1905 Jesse returned to his home town. He had the idea to begin a school for horse training. He’d developed different equipment, including new types of bits, to use with his method. His ideas were
practical and easy to implement.

With the idea of sharing his technique with the most people possible, Jesse
wrote a curriculum that would be mail order and thorough. His mail order course included eight manuals beginning with the basics of breaking a colt and going on to breaking bad habits, such as kicking or being difficult to shoe. The final book showed how to teach your horse tricks such as having the horse fire a gun or carry a handkerchief, to sit down stand erect, or imitate bad habits.

One of the tricks used to keep a horse from kicking involved buying
several tin pans, drilling holes in the bottoms to run rope through them, and attaching them together in a long line. The lines of pans were then tied to the crupper, a piece of equipment used to keep saddles in place. The pans would hang down beside the horse’s tail. Helpers would make noise or stand behind the horse. When he kicked the noise of the pans would startle him and the horse would learn not to kick.

Some bad habits were broken with the use of different bits or pulleys that kept the horse from misbehaving. To break a horse of the bad habit of shying, Jesse sometimes used lines and pulleys on the legs to hold the horse in place. With a man behind holding the reins, two men in front would crackle paper and throw it in the horse’s direction. When the horse attempted to shy, he would be hindered by the pulleys. Then one assistant would take papers and rub them over the horse while the other assistant threw more papers in the air. After a few times the horse would be driven over the pile of papers and would not shy at them, or at the noise.

Professor Beery’s course of study began with the admonition, “ This course is to be studied, not
read.” The student was expected to read the methods and then go back and study them until they knew how to work with the horse. Beery expected the students to learn the disposition of the animal and adapt the training method so that each individual horse would benefit.

Jesse Beery died in 1945, but his methods still garner respect. He reached thousands of people, teaching them to help animals and train horses that would have been difficult otherwise. He was a pioneer in his field, an inventor, and mastered the field of horse training.

Have you ever heard of Jesse Beery, or the Professor Beery Mail Course of Horse Training? When I was a preteen, I came across an ad for the course. I sent off for information and wanted my parents to let me spend the money to take this course. I didn’t get to purchase the materials, which were costly. I've often thought of the training method and wondered how Jesse Beery trained horses. 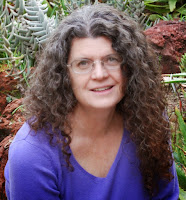