Historically, six nations have flown their flags over what is now the state of Texas. Beginning with the Spaniards back in the early 16th century, four different countries claimed Texas as their own. After Texas won her independence in 1836, she flew her own Lone Star flag as the Republic of Texas until she became a state and flew the Stars and Stripes. For the years of the Civil War, the CSA flag flew over our state.

SPAIN
Texas has a colorful history dating back to the 16th century. In the year 1519, Cortez came to Mexico and claimed the land that is now Texas for Spain. A man named Alonzo Alvarex de Pineda then mapped the Texas coastline. Alvar Nunez and Cabeza de Vaca are among the Spaniards shipwrecked on those shores. Explorers like Coronado probed the vast wilderness, but deemed it too wild for habitation. The first Spanish settlement at Ysleta Mission in far west Texas was not established until 1681. The Spaniards then established other missions, forts, and civil settlements. The Spanish flag flew over Texas until Mexico won independence in 1821.

In 1685, France laid claim to eastern Texas in order to expand their land possessions west of Louisiana. The Spanish settlements were hundreds of miles away in the western half of the state. Two French noblemen, Rene Robert Cavelier and Sieur de la Salle, founded the colony Fort St. Louis. However, this colony was doomed from the start. Within five years shipwreck, disease, hostile Indians and even famine caused the decline of the colony which culminated with La Salle’s murder by one of his own company and brought an end to the colony and France’s claim on Texas. This flag flew from 1685-1690 when the land was reclaimed by the Spanish.

After winning her independence in 1821, Texas became a new frontier to be explored for both Mexicans and Anglos. Anglo Texans became Mexican citizens. Things were fairly smooth until a Mexican general, Santa Anna scrapped the federal constitution of Mexico and declared himself as dictator. He gained the reputation of being the “Napoleon of Mexico.” For a number of years the Texians as the anglo Mexicans were called, endured the hardships caused by Santa Anna. In 1836, they revolted and declared their independence. Hard fought battles at Gonzales, the Alamo, and at San Jacinto finally won the independence the Texas wanted. This flag few over Texas from 1821 to 1836.

For ten years the Texans had independence and existed as a republic. Those years were filled with hardships. Epidemics, financial crises, and continuous battles with Mexican forces wore them down. It was during this period that the vivid imagery associated with Texas today was born. The American cowboy, Texas Rangers with their Colt six-shooters, and men like Sam Houston typified the rugged individualism of Texans. The red, white, and blue flag with the lone star was adopted by the Republic in 1839. This is the national Texas flag from 1836 to 1845 and still stands today as the Lone Star State Flag.

CONFEDERATE STATES OF AMERICA
Sam Houston didn't want Texas involved in the Civil War and urged Texas to stay aloof or vote to become a neutral republic. Texans drove Sam Houston from office and sided with the South.  Because of their decision, Texas faced the same suffering and devastation as other Confederate states. The flag flown as the national emblem of CSA is different from the more familiar stars and crossed bars associated with CSA today. It flew over Texas from 1861-1865.

UNITED STATES OF AMERICA
Texas became the 28th star on the United States flag when it joined the union in 1845. Then for the period of the Civil War, the flag was put away. After the war ended, the "Star Spangled Banner" returned to wave proudly over Texas as the national flag of Texas. Below are pictures of the U.S. flag of 1845 and the one we know and love today.

Texas has a colorful history that didn't stop after she became a state. Stories about Texas and novels set in Texas are favorites with all cultures.

Many amusement parks sprang up using the Six Flags name with the original one being in Texas in the Dallas-Ft. Worth area. Were you aware of the many flags that few over Texas or how long the area had been occupied?

Answer the question in a comment below to enter the drawing for my latest book, Love Never Fails.  Be sure to leave your email address for contacting. 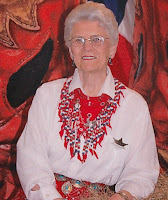 Book Give Away
Because of what happened to her father and mother during the War Between the States, Molly Whiteman hates guns, violence and war. Stefan Elliot is an officer in the U.S. Cavalry. When the two meet, sparks fly in their attraction to each other. Stefan returns to his regiment leaving Molly torn between her love for him and her deep feelings about guns and killing. Tragedy changes Molly’s heart and brings them back together, but will Molly's love be enough to overcome the depression that has made Stefan a recluse from society?

Don't forget to leave your email address for the drawing. Thanks.