Anne Greene here: As stated on the 14th of last month I discussed American women who were spies during WW11. If you missed that discussion, please check out the archives. Today, I’ll tell the true tale of other women spies.

Two main oversight organizations were responsible for intelligence activities in World War II for the Allies. These were the American OSS, or Office of Strategic Services and the British SOE, or Special Operations Executive. In addition to traditional spies, these organizations employed many ordinary men and women to covertly provide information about strategic locations and activities while leading apparently normal lives. READ THE CAPTIONS FOR THE NAMES OF FEMALE SPIES

Violette Reine Elizabeth Bushell – 1921-1942 Violette was sent to France as an operative. Caught giving cover to a Maquis leader, she killed several German soldiers before being captured. Despite torture she refused to give the Gestapo any classified information and was sent to Ravensbruck. There she was executed.
Amy Elizabeth Thorpe 1910-1963 Amy, whose code name was Cynthia and who later used the name Betty Pack, worked for the OSS in Vichy France. OSS sometimes used her as a swallow, a female agent used to seduce people to get secret information. She also participated in break-ins. One daring raid involved taking secret naval codes from a locked and guarded room. She also infiltrated the Vichy French Embassy in Washington DC and took important code books.

Maria Gulovich fled Czechoslovakia when Hitler invaded her country and went to Hungary. She worked with OSS teams to assist downed pilots, refugees and resistance members. KGB arrested her. She maintained her OSS cover under fierce interrogation.


Claire Maybelle Snyder 1907-1960, Claire, also known as Clara Fuentes, Claire Philips, Dorathy Fuentes as well as High Pockets, spy, entertainer, club owner, and author. She was awarded the Medal of Freedom. She joined the resistance in the Philippines, arranged forged papers, created a new identity, and established a gentleman’s club popular with Japanese officers in Manila. Phillips built an extensive spy ring which harvested information from the Japanese officers who patronized the club. She transmitted information she collected to American forces in the Pacific to counter Japanese force movements. She worked with the guerrilla movement to smuggle food, medicines, supplies and information to prisoners of war where she became known as High Pockets. She acquired the name because of her method of smuggling messages hidden in her brassiere.
On May 23, 1944, Japanese military police captured Claire. Inside a Japanese prison, they tortured her for information. Despite the torture, Claire refused to talk. Held in solitary confinement for six months, she was to be executed for espionage. In January 1945, liberated from the prison by American forces, she was close to starving to death.


Marlene Dietrich became an American citizen in 1939. She volunteered for the OSS and served by entertaining troops on the front lines and by broadcasting nostalgic songs as propaganda to battle weary German troops. She received the Medal of Freedom for her work.

Hedy Lamarr Actress Hedy Lamarr contributed to the OSS by co-producing an anti-jamming device for torpedoes. She also devised a clever way of frequency hopping that prevented the enemy from intercepting American military messages. Famous for the Road movies with Bob Hope, everyone knew she was an actress but few knew she was a spy.

Barbara Lauwers-Cpl. Barbara Lauwers, Women's Army Corps, received a Bronze Star for her OSS work. She cobbled fake passports and papers for other spies. Instrumental in Operation Sauerkraut, she used German prisoners to spread black propaganda about Adolf Hitler behind enemy lines. She created the League of Lonely War Women, or VEK in German. She used this mythical organization to demoralize German troops by spreading the belief that any soldier on leave could display a VEK symbol and get a girlfriend. One of her operations was so successful that 600 Czechoslovak troops defected behind Italian lines.
Rochelle Hudson 1916 – 1972)Rochelle was an American actress from the 1930s through the 1960s. She married Harold Thompson, head of the Storyline Department at Disney Studios. She and her husband posed as a vacationing couple in Mexico to detect if there was any German activity in the different areas. One vacation they uncovered a supply of high test aviation gas hidden by German agents in Baja, California.

Some of the other women who served America during WW11: Mary Louise Prather, Juliana Mickwitz, Elizabeth P. McIntosh, Genevieve Feinstein, Mary Louise Prather, and many, many other women.
The OSS was active in every country in Europe, aiding the resistance groups and monitoring enemy activity, and also had spies in enemy countries as well as in the Pacific theater. Eventually the OSS became the CIA, Central Intelligence Agency. 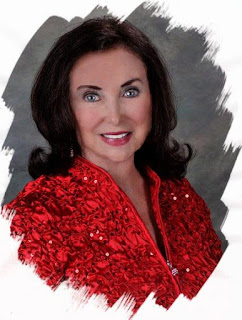 I hope you enjoyed this glimpse into the world of women spies and look for my book, SPIES LIKE HER, when it releases in 2016.

LEAVE A COMMENT FOR A CHANCE TO WIN ANGEL WITH STEEL WINGS. 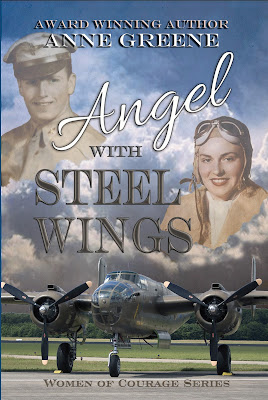 Do you prefer historical romance or suspense/mystery romance?


ANGEL WITH STEEL WINGS is a World War II romance where Steel Magnolias meet Band of Brothers. While doing her part test flying planes, Mandy McCabe escapes her dead-end life in Hangman’s Hollow, Tennessee as a Woman Air Service Pilot, WASP. Can she escape from her past? Major Harvey Applegate lost his wife to the WASP program, and he’s convinced Yankee Doodle Gals have no place flying in the war effort. He determines to protect the remaining ladies by sending them packing back to the home front. Both Mandy and Harvey experience immediate attraction, which increases Harvey’s desire to send Mandy home to safety. Can a man burdened with memories of death undertake added danger? Will their new love survive the test? One love. Two goals. Someone has to give.