The Detroit Rock Salt Mine

The History of the Detroit Rock Salt Mines.

What’s the first thing that comes to mind when you think of Detroit, Michigan?

Perhaps, it’s the “Big Three” automakers, Dodge, Ford, and General Motors. Maybe you think of professional sports like Tiger baseball or Red Wing hockey, or possibly the unfortunate economic situation that’s been in the news for the past couple years.

Whatever that first thought about Detroit might be . . . I’m fairly certain it’s not the Detroit Rock Salt Mine.

A little over 1,100 feet below the surface of the city of Detroit is a 1,500-acre, rock salt mine. That’s an area equal to the size of fourteen Magic Kingdoms, or almost two of New York City’s Central Parks or 1,400 football fields. It’s like a city hidden under a city. 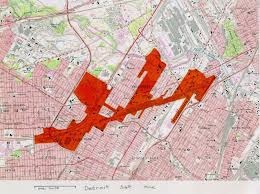 In 1895, after the discovery of rock salt in the Detroit area, the Detroit Salt and Manufacturing Company formed. They began digging a shaft to extract the salt, but, unfortunately, went bankrupt before completing the job.

A new company, Detroit Rock Salt Company, took over the excavation and completed the job in 1910. The struggle to complete the 1,060 shaft was one of the most impressive engineering feats of its time. 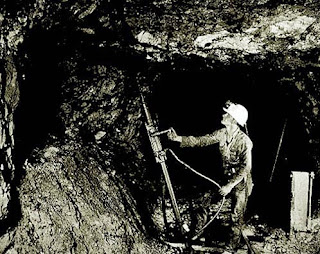 By 1925, a competing salt mining company, International Salt, purchased the mine and a second, larger shaft, was dug. The first tunnel became a pathway for workers and equipment.

At its peak, the mine produced 8,000 tons of rock salt per month, and its main uses were food preservation and for the leather industry. Electricity and trains used to carry people and equipment were added in the early twentieth-century. These additions led to the Detroit Salt Mines becoming a popular tourist destination. Daily, public tours ran throughout the tunnels and massive caverns. Due to a drop in salt prices, the mine closed in 1983.

More than a decade after closing, a need for inexpensive road salt led to the mine reopening in 1997. Today, the Detroit Salt Company uses the latest mining practices and is one of the safest, most modern and efficient mines in the world. The mine produces a full line of deicing salt products ranging from bulk, road salt to bagged, retail goods, and these products are distributed throughout North America.

Who would have ever guessed a salt mine lay beneath the city of Detroit? Do you know any interesting facts about the city you live in, like secret tunnels or mines? If so, please tell us about it in the comments below. I’d love to hear your stories.