And the Beat Goes On

Have you ever heard of the Beatniks? Maybe you’re a Baby Boomer who grew up with Maynard G. Krebs and the poetry of Jack Kerouac. Perhaps you’re younger and only know about some of the legacy they left us, like goatees, black turtlenecks, and sandals. 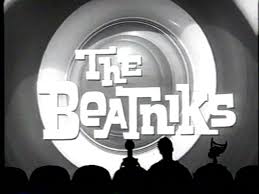 Every generation has it misfits, unconventional people who have trouble flowing with the mainstream of society for any number of reasons.  Before the 1950s, people like that used to tuck themselves away quietly in the back roads of the culture.  In the 1950s, however, something new happened.  A certain group of nonconformists emerged that eventually became a “hip” subset of society.  They were known as the Beatniks.

They came out of New York’s Columbia University where the administration shook its head at the group, labeling them kooks.  The Beatniks included Jack Kerouac, Allen Ginsberg, John Clellon Holmes, and Lucien Carr.  Their “Pied Piper” was William Burroughs, a 1936 Harvard graduate who lived in freewheeling Greenwich Village and introduced his disciples to a countercultural lifestyle.

Most of the early Beatniks were writers, and I think it’s interesting that David Halberstam, who wrote about them in his own book about the 1950s, believes their lives tended to be more important than what they wrote.  In other words, their favorite theme was themselves!  They saw themselves as superior to middle class culture, which they regarded as stifling to their creativity.  They dreamed of a new social order in which “artist-citizens” would call the shots.

In his book, Go, John Clellon Holmes created a scene in which his “anti-hero” saw a group of chirpy Girl Scouts on a subway.  He was on his way home from an all night drinking spree, and they were on a field trip.  He looked at their happy faces and thought, “To be like them or like us, is there any other position?” To be like the Beatniks meant living outside of the norm, including outside of the law. They unleashed a snarling rebellion that initially encircled American thought, then howled until the doors were opened to it. 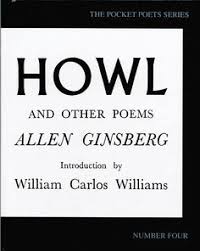 In the movies new champions emerged who bucked against authority, including iconic James Dean and Marlon Brando.  They played characters who, in an earlier generation, would have simply been portrayed as bad guys, but now they were characterized as being misunderstood by adults, who were a lot less enlightened.  The Beatniks experimented with drugs to reach heightened states of consciousness, something middle class people didn’t experience by paying the bills and mowing their lawns.  Halbertstam says it’s ironic that it was only because they lived in an affluent society that they could live as they did.

The Beatniks became celebrities in the 50s with their poetry, magazine articles, and books.  Middle class Americans threw Beatnik parties in the suburbs, donning berets, striped or black turtlenecks, sunglasses, and goatees, and playing bongo drums.  In the 1957 movie “Funny Face,” Audrey Hepburn played a Beatnik bookstore clerk who wore utilitarian clothes and embraced a philosophy called “empathicalism.”  Even conservative television had a Beatnik character in the comedy “The Many Lives of Dobie Gillis,” the lovable, kooky Maynard G. Krebs. 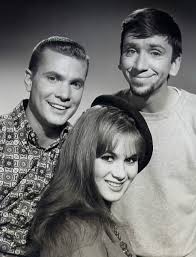 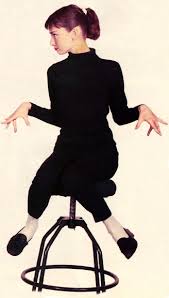 The Beatniks came on the eve of a defining decade in America, the 1960s, opening the door for a societal revolution whose effects continue to influence us today.  Remember the hippies?  But that's for another time.

Did you know anything about the Beatniks before reading this? 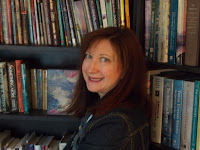 Rebecca Price Janney is a historian whose book, Then Comes Marriage (Moody), examines cultural trends affecting the American family and society.  This post is adapted from the chapter called “Mutiny in the Bounty,” and the quotes and references are taken from it.  She lives in suburban Philadelphia with her husband and son and wouldn’t have it any other way.  www.rebeccapricejanney.com