EMP: The Carrington Event of 1859 (And Why It Matters Today)

by Linore Rose Burkard (aka, L.R.Burkard)

Hollywood is preparing to release a new series called "The Carrington Event."* It's based upon the very same premise as my book, PULSE, which is, life in the aftermath of a catastrophic EMP (electromagnetic pulse), a solar flare.


What was "The Carrington Event?" 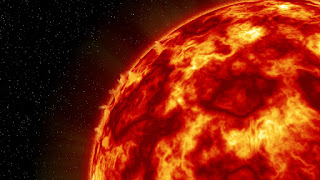 When a solar storm arcs out into space, it's like the detonation of a billion nukes going off at once. Thank goodness the 93 million miles between us and the sun are there to shield us from the worst after-effects of such mind-bending explosions. But are we always shielded?

In 1859 a solar storm (afterward called "The Carrington Event", for the scientist who witnessed it from his personal observatory in London) managed to reach earth's atmosphere. It created havoc with the fledgling circuitry in existence at the time, namely  telegraph systems. Today's fragile electric grid would have been severely compromised, if not rendered completely inoperable.


Here's a short video explaining a little bit about the Carrington Event:**

Historians say that during the event, "telegraph communications around the world began to fail; there were reports of sparks showering from telegraph machines, shocking operators and setting papers ablaze. All over the planet, colorful auroras illuminated the nighttime skies, glowing so brightly that birds began to chirp and laborers started their daily chores, believing the sun had begun rising. Some thought the end of the world was at hand, but Carrington’s naked eyes had spotted the true cause for the bizarre happenings: a massive solar flare with the energy of 10 billion atomic bombs. The flare spewed electrified gas and subatomic particles toward Earth, and the resulting geomagnetic storm—dubbed the “Carrington Event”—was the largest on record to have struck the planet."***

Note that the words "shocking operators" (above) doesn't mean that they were shocked, as in surprised. It means they were literally, electrically shocked. Some saw "streams of fire" shooting forth from the circuitry, and in some offices, telegraph paper combusted into flames. The following day, after unplugging their equipment (which hadn't been operable) operators were amazed to find that now they could  send some messages--solely using "auroral current." The atmosphere was that charged.

Can It Happen Again?

The United States Congress appointed a commission to study what effects an EMP would have on the United States today. The picture isn't pretty.**** Unlike that early telegraph system, today we use the electric grid for far more than just sending telegrams. And as the infrastructure of electric systems and electronic circuitry has grown, it has become increasingly interdependent--and fragile.


The characters in PULSE are dealing with a "grid-down" world with no electricity--it's all been fried by the EMP. To them, and for anyone in such a situation, it feels like the whole world has stopped working.
In fact, that's the question on the book cover:

The book follows three teenagers and their families as they discover different answers to that question, based on their different circumstances when the PULSE occurred.

The Carrington Event reminds us that solar flares happen, and can happen again. Unfortunately, solar activity isn't the only way an EMP could strike America. As the following news clip demonstrates, there are other threats to our country that could result in a catastrophic EMP.

(Warning: This Broadcast can ruin your day!)

The Mormon church has encouraged its adherents to store a minimum of a year's supply of food and other necessities for decades. I don't admire Mormonism, believe me, but I do think Christians need to consider the idea that stewardship includes a calling to be prepared for the unknown. Not out of fear, but out of wisdom and obedience.

I have a question for you: What would YOU do if such a thing occurred? How would your family fare? I wrote PULSE as a wake-up call to the church, first, but also for anyone who is concerned with readiness in the event of a catastrophic emergency. I pray that an EMP of such proportions never happens; or that a terrorist's bomb never sets one off. But what if it did?

If you skipped the above clip, you should know that if a Carrington Event happened today, Congress has determined that in very short order there would be no phones, no television, no internet, not even broadband radio. Cars and trucks would be disabled, manufacturing would stop, grocery stores would be emptied out in days, and pharmacies would have no new deliveries of meds. This would not last for days or weeks, but months. Possibly years.  Many people liken it to being instantly transported to nineteenth century living. (Pessimists say it would be like sending the US back to the Dark Ages.)

The Academy of Engineering in London advises, "Don't panic, but prepare."
What do you think? Is it possible to be ready for such a thing?

PS: A current two-book giveaway of PULSE is happening over at PreparedChristian.net. Leave a comment to enter the drawing and you could win a free copy.

Linore Rose Burkard is best known for historical romance novels with Harvest House Publishers, and now writes YA/Suspense as L.R.Burkard. Linore teaches workshops for writers with Greater Harvest Workshops in Ohio, is a mother of five, and still homeschools her youngest daughter—preferably with coffee in one hand,  iPad in the other, and her feet up. She pursues homesteading skills, such as gardening and food preservation. Keep up with Linore by subscribing at either of her websites. (Click on her name, above.)

Posted by Linore Rose Burkard, Novelist at 1:30 AM