Teaching has never been an easy profession, but frontier teachers had some unique challenges. Not only did they have to train young minds, they also had to help tame the west.

Why would a woman leave family and friends for a low paying job in an unsettled, hostile land?   Part of the answer lies with Catherine Beecher who did for education what her sister Harriet did for slavery.  In The Duty of American Women to Their Country, she encouraged women to go west and meet the demand for teachers, arguing that women are “…the best, as well as the cheapest, guardian and teacher of childhood, in the school as well as in the nursery." 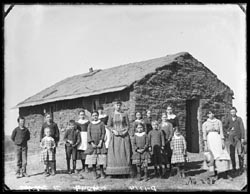 Beecher was right about women being the cheapest; female teachers earned only forty to sixty percent of what male teachers earned, but that didn’t keep them from rising to the occasion.  Between 1847 and 1858, more than six hundred female teachers traveled west to teach under the most difficult conditions imaginable and the numbers kept growing.

In 1849 twenty-two year old Olive Isbel left Ohio with her husband to open the first school for American children in California. She taught a class of twenty students while cradling a loaded rifle in one hand and a book in the other.  The Mission where she taught was under fire by the Mexican army trying to reclaim land believed to belong to Mexico. 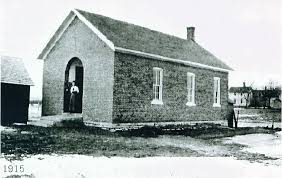 Harriet Bishop handled hers with diplomacy. When her school was attacked by fifty Sioux firing guns, she hid the children behind her voluptuous skirts and managed to persuade the Indians to leave by telling them that, “The children’s hearts are not strong like ours.”

Attacking armies and Indians were far from the only problems frontier teachers faced.  Isaben Fodge Cornish wrote about attending a sod school: "The floor was of dirt and during the cold winter of 1884 the teacher's feet were frosted. Later a quantity of straw was put on the floor which made it warmer but proved to be a breeding place for fleas. This was not conductive to quiet study but did afford the children some bodily activity."  (No child obesity back then and now you know why.)

Teachers often lacked even the most basic necessities. Blackboards were considered a luxury and books were in short supply. Teachers were forced to use whatever was on hand.  Eliza Mott, who taught school in Nevada in 1851, was so hard-pressed for books she conducted class in the local cemetery where she taught her pupils to read the epitaphs on gravestones.

Isbell also had to teach without benefit of paper, pens or slates.  Her students printed their school work on their hands with pieces of charcoal and she scratched her lesson plans upon the dirt floor with a stick.

Sister Segale was short desks and classroom space and this time she chose action over diplomacy.  She solved the first problem by sawing what desks she had on hand in half, thus giving each pupil a place to sit. She then borrowed a crowbar and demolished the school, hoping that kind hearted citizens would take pity and build her a new one.  Her plan worked.

Here's a question that was supposedly on an 8th grade test in 1895:
Anyone brave enough to take a stab at it?

What are the following, and give examples of each:
trigraph, subvocals, diphthong, cognate letters, linguals. 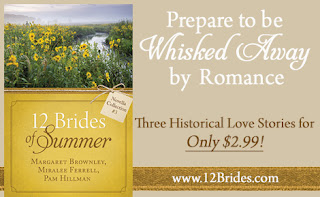