The sun beat down without mercy, bleaching the very air and sapping every ounce of energy from my body. Mesquite trees and white Arizona sycamores sprawled along the path, casting inviting pools of shadow. Still recovering from a long road trip from the Pacific Northwest, I slowed my steps near a bench reposing in shade, but curiosity drew me onward. The view I'd come to see waited only steps away.


Montezuma Castle, one of the best-preserved cliff dwellings in America, shrinks against the limestone cliff behind it, so ensconced that at first I didn’t register its enormity. The top level soars more than 100 feet above the ground. In its day, Montezuma Castle served as the equivalent of a modern high-rise apartment building. The stone and mortar structure rises five levels and contains 20 rooms that once housed 50 or so people.

Montezuma Castle has been abandoned for over 600 years, but provided shelter for members of the Sinagua people for 700 years before that. The Sinagua were a riparian (waterway-dwelling) people who farmed the volcanic-fertilized soil using irrigation systems built by the earlier Hohokam people.

The people who once lived here abandoned Montezuma Castle in the 1400’s. The land could have been farmed out. Perhaps a drought caused them to move on. Or the Yavapai Indians might have driven them away. Theories exist, but no one really knows what happened. Scientists believe the Sinaguans were absorbed into northern tribes, and the Hopi Indians say they are descended from the Sinaguans.

No evidence exists to suggest that Montezuma Castle was ever inhabited in the 600 years it stood empty, except by wildlife. Bats, rock squirrels, grey fox, ringtailed cats, and cliff swallows have all put this ancient relic to use as a home.

On December 8, 1906, President Theodore Roosevelt named Montezuma Castle one of four sites to become America's first National Monuments.Unfortunately, this status came after most of the site's artifacts had been looted. Visitors used to be allowed to climb a series of ladders into Montezuma Castle, but this was discontinued in 1951 due to damage to the site. Today, Montezuma Castle draws approximately 350,000 people each year.

It is a novelist's penchant to look for stories, and this place whispers of them. Within sight of the castle, a prehistoric irrigation canal still runs with water. I stared at it for a long time, wondering about the lives of the people who once lived and labored here in the unforgiving heat and storms of winter.

Their stories are lost in time. 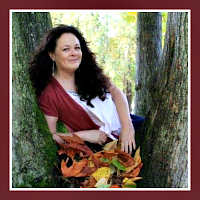 Janalyn is represented by Wordserve Literary Agency. Her memberships include ACFW and NCWA. When she's not writing, she loves to discover worlds of adventure in the great outdoors with her family.
Posted by Janalyn Voigt, escape into creative worlds of fiction. at 12:30 AM