I've always been fascinated with homes. I stare at tumbled-down homes and cabins in deserted fields as we travel and wonder about their past. Who lived there? What pieces of history transpired within the walls? Our youngest daughter and I took a trip to England, Ireland, Scotland and Wales a few years ago. We visited every castle we could squeeze into the three weeks we were there--deserted castles, tourist castles, occupied castles. When my husband and I go on vacation, visiting historical homes is always on our agenda. 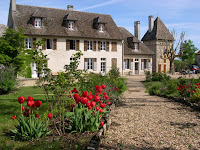 Creating a world for the reader is a daunting task for an author, and in my books, the homes of the characters seem to take on a life of their own. I rather believe that is because of my long-standing


interest in them. My first series was set in 17th century France and was based loosely on my family's flight from the religious persecution of the French Huguenots to this country. We started out at a manor in southern France, went to the opulence of Versailles, and ended up on a modest farm in Pennsylvania.


It's always a challenge and an adventure to create a story around ones' characters and the places where they lived, tricky to describe the wooden staircase, the sun cascading through the windows. Oh, my, were glass windows in common use at that period in time? The fireplace--how did they light their fires? The kitchen--what did an oven look like in a chateau in Southern France in the 17th century? You get the idea. 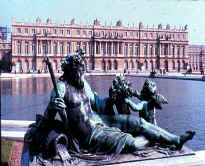 When it came to describing Versailles, I buried myself in books, videos, and movies about the most incredible castle in the world. Two of the books in the Darkness to Light series take place at the palace that nearly bankrupted France as Louis XIV became obsessed with the building of it. My husband and I wanted to go to France to personally visit it, but my husband's heart attack changed our plans. Someday, maybe. However, I walked the halls, rooms, and gardens of Versailles in my mind's eye and hope I conveyed them well in my books.


The final book in the series, Where Hearts Are Free, follows the Clewell family as they came to this country and settled in Pennsylvania. Their house is no longer standing, but the property is still beautiful farmland and the original parsonage of the church my ancestors helped establish still stands. Below is a sketch of the church when first established, and the parsonage, and church as it is today. 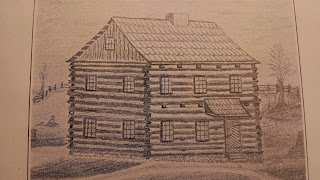 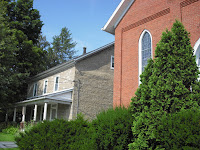 My Civil War novel, His Steadfast Love, is set on the Gulf Coast of Texas. The story involves a southern gal whose brother fights for the Confederacy, but her sweetheart is a Union officer. There were no plantations as we typically picture them during the Civil War, but there were some awesome homes in that area. We did take a trip to the coast to look at those homes. The book is set in Indianola, which is no longer there after being destroyed by two hurricanes in the late 1800s, but some of the original homes had been moved to Victoria, TX, and were still standing. I found one online that I thought would fit the story perfectly 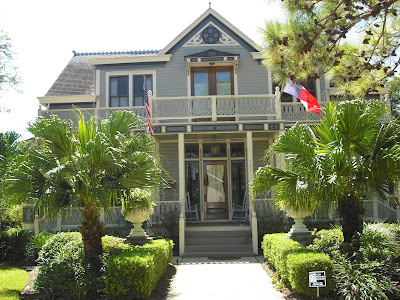 I was salivating! The house, from the outside looked perfect, and I could imagine my characters moving up and down the stairs, the slaves cleaning the windows, the carriage pulling in front to take Miss Amanda to town. The next day was our last day in the area. I petitioned my husband and the couple we were with to go by the house one more time. We literally pulled the car over and prayed that we could find someone home. As we approached the house, a handsome older gentleman was in the front yard talking to yard men. My husband and I went to meet him, and he invited us in to see the house. It had been completely restored to its original status ... the flooring, the furnishings, the staircase. I gasped as we went in the front door. It was exactly as I had envisioned in my book. 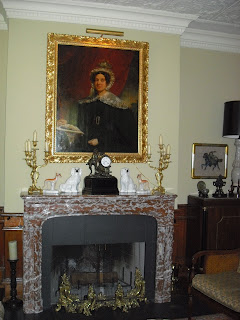 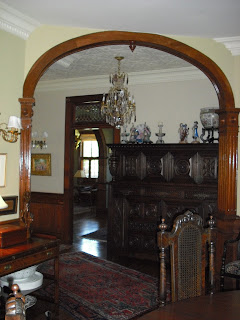 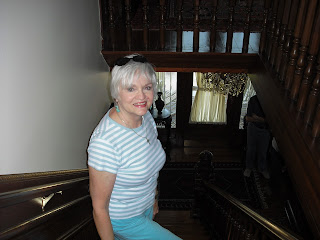 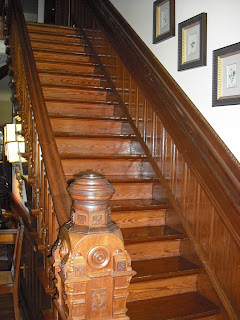 What a gift to be able to visit this wonderful home - the Huck-Welder historic house in Victoria, Texas. As you can see, I was pretty happy being able to do so. 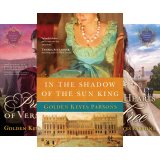 Leave a comment for a chance to win one of the four novels involved in this Castles to Houses blog: In The Shadow of the Sun King, Prisoner of Versailles, Where Hearts Are Free or His Steadfast Love and walk through the houses I've described.

Although a multi-published fiction author, Golden Keyes Parsons’ latest published project is a non-fiction study for women, Spiritual Spring Cleaning, (BoldVision Books). Her series, Darkness to Light, (Thomas Nelson) chronicled the journey of her ancestors in 17th century France and was a finalist for ACFW’s Debut Author of the Year in 2008. Her fourth novel, His Steadfast Love, a Civil War novel, was a National Readers Choice finalist. Parsons has also written a biblical fiction series entitled Hidden Faces, Portraits of Nameless Women in the Gospels (WhiteFire Publishing). Golden lives in Waco, TX, with her husband, Blaine. www.goldenkeyesparsons.com