Last month, the family from the famous book, Misty of Chincoteague, came to life in living color here on this blog, with facts you likely had never heard before, especially if you only read the book or saw the movie. I also asked you two questions about your own family history or other fictionalized accounts of real life that you might have read.

If you missed last month's post, you can view it here: http://www.hhhistory.com/2016/05/the-life-of-beebe.html.


When I was a little girl, my mother read me the story of Misty of Chincoteague, then regaled me with stories of her father and how he knew Grandpa Beebe, Paul, and Maureen. She also showed me a picture of her standing with Misty! You can imagine my wonder and awe at seeing my mother and her father as "famous." At least to a little girl, anyway. *grins*

When Pop-pop was 6 years old, the very first official Pony Penning Day occurred. I can just imagine him as a young lad eager and anxious to race to the island's beach area where the water from the channel which separated Chincoteague from Assateague lapped against the sand. That very beach would be where the saltwater cowboys would drive the wild herd across the channel and onto Chincoteague to be sold at auction. The events surrounding that day will be a key highlight in the first book of my proposed trilogy for Harlequin. Stay tuned for 2017 for more information on that. 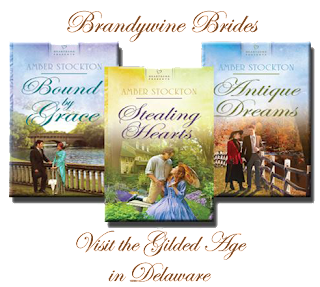 I don't yet have any books on my family published, but I *do* have books celebrating family connections and generational stories. So, that's what I'm offering in the giveaway today.

* What stories do you have of your own family surviving through the Depression? What did they do to feed themselves and their children or to avoid being evicted from their home?