We can only take a cursory look in a single blog post, but let us understand from the start that the term "Undress" did not signify being unclothed.
Likewise, "Half Dress" did not mean one was literally half-dressed. The terms are categorical, not literal, referring more to function than to how covered the body actually was.

In which case you may well ask, What does it all mean?

It means there had to be many gowns in a genteel Regency lady's wardrobe--regardless of the size of
her fortune. Indeed, to be active in society the necessity of owning a large wardrobe could hardly
be avoided. In a small town such as Longbourne (where Austen's Bennett's lived) the categories no doubt overlapped mightily. But for, say, a debutante in London (the focus of this article) a lady might well need to change from morning dress, to walking-out, to afternoon, to full dress--all in one day!

Why were so many categories necessary? Because there were different social purposes for each one.
Having said that, one could argue there are only two main categories of clothing for the Regency belle: Undress and Full Dress. In this model of categorization, Undress includes all of the gowns worn during the day, or, what is otherwise called Half Dress. (Which is to say, the majority of clothing, not only for daytime, but perhaps including even informal evening dress. But NOT formal.)

Day gowns include any gown worn for the morning, walking out, shopping, riding, or making calls. Full Dress, on the other hand, was for the evening Ball, very fancy Dinner, Opera or
appearance at Court. (The Royal Court, not a court of law. Court Dress was actually its own category.)

The chief difference between Undress and Full was a lower bodice for the evening and short sleeves rather than long, but in practice full dress implied a whole ensemble; A short-sleeved empire-waisted, low-necked gown, (generally of muslin but by no means restricted to such) and including evening gloves, a fancy headdress of some sort, a few jewels, a fan, perhaps a reticule, and satin slippers. Other accessories could also be worn or on hand: feathers, boas, shawls, scarves and fans, to name the most common.

In theory, you were in Undress in the morning, Half-dress in the afternoon, and Full Dress for evening events. (Such as, a dinner or soiree, opera, ballet, theatre, concert, or ball). As you'll see in the brief smattering of illustrations accompanying this article, however, overlapping is inherent in some categories, such as Walking Out and Carriage Dress.  (Think: Carriage, as in one's bearing, or gait.)

Court Dress was also considered Full Dress, though it had extravagant requirements that no other  occasion called for. (That's another article in itself!)

According to the Georgian Index, however, (a
wonderful online resource for Regency fans), Dinner Dress and Opera Dress fall into the category of "Half Dress." I don't see why.
Only "Evening, Ball and Court Dresses" passed as Full Dress. Is your head swimming, yet? If not,
consider that the Riding Habit might not fit into any of the above, but simply constitute a category in its own right!


Ah, so many dresses! No wonder the all-important Regency "season" was a roller-coaster ride of entertainments and diversions, balls, soirees, concerts, theatre, ballet, Almack's (if you were lucky) and other amusements. A packed social calendar was every debutatante's expectation and hope. It gave her many necessary opportunities to enter the "marriage mart." And why acquire so many gowns if one is not to use them? Being seen in proper attire ("in the mode") was paramount to success in the uppity social world of the regency.

Pity the poor chit who couldn't follow protocol or dress for the occasion. Such was the challenge for families with more pretensions than means, who wished to launch a Regency buck or belle into the swirl of the fashionable elite. Costume, in fact, was a large winnowing tool--if you couldn't afford to dress right, it automatically broadcast your lack of fortune--and that could be a certain death knell for marriage aspirations in the world of the ton.


I hope you enjoyed this brief look at costume.

The Regency? There's never been a time quite like it! 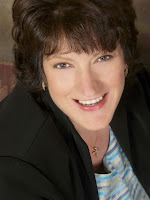 Linore Rose Burkard  is best known for her Inspirational Regency Romance Series, which whisks readers back in time to early 19th century England. Authenticity and heart-warming adventure are par for the course in her regencies. Fans of romance in the tradition of Austen and Heyer (such as Pride & Prejudice, Cotillion, and even My Fair Lady), enjoy meeting Linore's feisty heroines and dashing heroes.

"In this action-packed sequel to PULSE, L.R.Burkard takes readers into a spell-binding landscape where teens shoulder rifles instead of school books, and where survival might mean becoming your own worst enemy." To learn more.....

Posted by Linore Rose Burkard, Novelist at 12:30 AM