The War of 1812: When the British Burned Washington 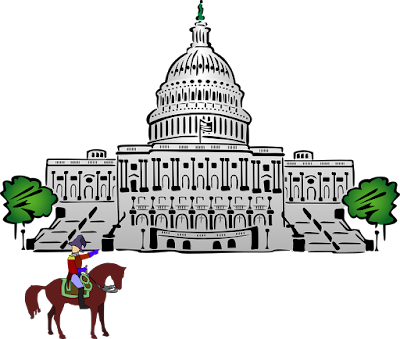 Washington’s 8,000 residents worried about more than humidity in August of 1814. War with the British had broken out two years earlier, a mere 36 years after the signing of the Declaration of Independence.
A new military district instituted by President Madison called for 2,000 U.S. Army regulars to guard the nation’s capital with 10,000 – 12,000 militiamen in reserve; only a small part of this force was ready when the enemy entered the area from Chesapeake Bay.
Washington’s occupants panicked. Many fled. Clerks gathered important national documents and left town. On August 24th, President Madison was with about 6,000 troops six miles from the capital at Bladensburg, Maryland, when the British arrived. The Americans retreated.
Dolley Madison, watching British troops marching closer to Washington through a spyglass, escaped with a full-length painting of the nation’s first president.
British General Ross led about 4,000 troops toward Washington. A few entered with their general under a flag of truce. Shots fired from a citizen’s home killed the general’s horse and angered the soldiers. They killed everyone inside and burned the home. 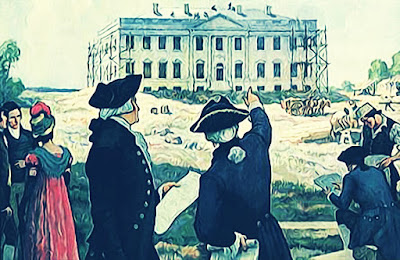 The uncompleted Capitol drew their attention next. Soldiers tossed rocket powder on piled up furniture and torched it. Flames burst through the roof and windows, destroying House and Senate wings, the Supreme Court, and the Library of Congress located there.


Barracks for 2,000 to 3,000 men were burned. Cannons, small arms, and an arsenal were destroyed. Naval and military storehouses, a dockyard, a frigate, gun brigs, and armed schooners were burned or destroyed.
Soldiers marched down Pennsylvania Avenue to the President’s House. They found the dining table set for forty guests. Meat still hung on spits in the kitchen, evidence of a hasty exit. Filled pots and saucepans stood on the grate. Hungry soldiers ate the elegant dinner before setting fire to the White House.
Folks in Baltimore saw the fire’s glow. 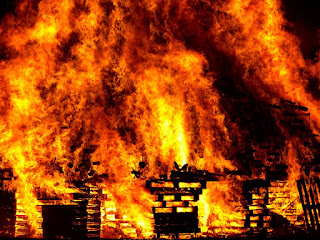 The next day, British burned the Treasury building and smashed newspaper presses. Torching of powder magazines caused explosions that killed about a dozen British soldiers and injured others.
Fearing a counterattack, they left the city that evening after a thunderstorm.
A few days later, the British successfully took Alexandria, Virginia. They then lost two key battles. Their momentum vanished.

Britain signed a peace treaty with the United States on December 24, 1814. Reconstruction began on the White House and the Capitol. President Madison and his wife, Dolley, lived in Washington’s Octagon House the remainder of his term.

Sandra Merville Hart is the column writer for "History in the Making" at the popular and growing site, www.AlmostanAuthor.com. She is Assistant Editor for DevoKids.com where she contributes many historical articles. Her debut book, A Stranger On My Land, IRCA Finalist 2015, released in 2014. She has written for several publications and blogs. Sandra loves to find unusual facts in her historical research to use in her stories and drags her husband along on her adventures. Thankfully, he also enjoys these fact-finding missions.

A Stranger on My Land is a Civil War novella set on Lookout Mountain, Tennessee. Carrie finds Adam, a wounded Union soldier, on her Southern property after a battle near her home. He will die if she turns her back on him. She takes him in her family’s cave hideaway.

Carrie soon falls in love with him. The bullets inside Adam require a Union surgeon’s skill. How can she save the life of the man she loves and protect her family’s hideout?