We know hardtack by other names—ship’s biscuit, pilot bread, or sea biscuit, for instance. Some of the poor sailors who had to eat it referred to it as worm castles and molar breakers.

Hardtack is dry bread that keeps and is edible for a long, long time. Stored properly, it can last for years. Some say it’s good for fifty years or more. It’s

baked hard, to remove all moisture. This keeps it from molding, and you can still get nourishment from it, if you’re careful in how you eat it.

Hardtack was developed many years ago, when people had no refrigeration, or even canning. To preserve foods, they had to be dried or salted. 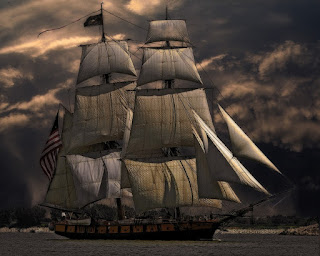 Made of flour, water, and sometimes salt, the closest things we have regularly today are saltine crackers and matzo. However, hardtack was baked up to four times to make it drier to ensure it wouldn’t mold if kept dry, and this makes it much harder to bite and chew than our crackers. It’s also thicker.

Hardtack was used when people knew they would be without perishable foods for a long time—during sea voyages, long overland trips, or military campaigns, for example. Museums have pieces of hardtack on display that is asserted to be 150 to 200 years old.

Inexpensive and lightweight, it was perhaps the first convenience food. But there are many accounts of soldiers from the Civil War and other times, as well as sailors, telling that their bread was full of weevils or grubs. This could happen easily before the hardtack was packed. It only takes a fly landing on it and laying eggs, which happened a lot in the old days. So if you plan to try this not-too-tasty treat, be sure you keep it dry and in a sealed container.

In ancient times, soldiers carried dry breads. The Egyptians had a brittle loaf made from millet. Roman soldiers carried wheat biscuits. King Richard I of England carried mixed grain biscuits when he went on the Third Crusade in 1189. They were reportedly made of barley, rye, and bean flour.

When the biscuits had been in storage a while, they weren’t always easy to bite into. They were thicker and harder than our modern crackers. Sailors and soldiers dunked them in coffee or whatever liquid they had at hand to soften them. Sometimes they would be cooked into a meal such as a stew or fried in a pan of grease.

You can make your own hardtack by combining six cups of flour and one cup of water. Mix it and knead it until it’s a consistent texture, then roll it out about a half inch thick. Cut in pieces about three inches square. Poke holes in the pieces and bake it at 375 degrees for 30 minutes, then turn it over and bake it another 30 minutes.

Some people only bake it once, and it won’t be as hard if you do that, but baking it again is supposed to remove more moisture, thus giving it a longer shelf life. Some bakers who made hardtack for sailing ships reportedly baked it four times.

You can make the biscuits more palatable by adding salt. Some people also want to add oil or shortening, but this will make it go rancid after a while—maybe months instead of years. So don’t grease the pan or add fat unless you plan to eat it soon. 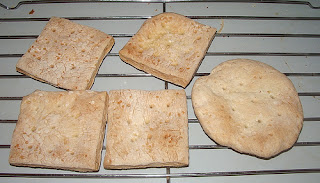 You can also make it taste better by adding sugar, cinnamon, or whatever you want, but beware: this will encourage mold and vermin, and it won’t last nearly as long as the plain variety.

Kept dry and sealed, your hardtack should last for years. Even if you’re not going to sea or the battlefield, you might want to try it for backpacking or other outings.

Fire up the oven and enjoy your historic meal! Just be careful not to break any teeth on it.

Susan’s book The Outlaw Takes a Bride was recently named a finalist in the 2016 Will Rogers Medallion Awards. If you’d like to enter the drawing for either

an audio disk of this book or a paperback copy, leave a comment below and be sure to include your contact information. 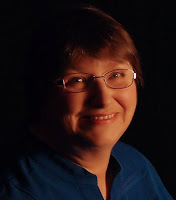 Susan Page Davis is the author of more than sixty published novels. She’s always interested in the unusual happenings of the past. Her newest books include River Rest, Heart of a Cowboy, and Sleight of Hand. She’s a two-time winner of the Inspirational Readers’ Choice Award, and also a winner of the Carol Award and the Will Rogers Medallion, and a finalist in the WILLA Literary Awards and the More Than Magic Contest. Visit her website at: www.susanpagedavis.com .