This summer my family and I vacationed in Michigan’s Upper Peninsula. We visited the Great Lakes Shipwreck Historical Society and the Museum complex at Whitefish Point. This museum is a treasure trove of history, tragedy, beauty, and stories of heroism.

Situated in Michigan’s beautiful Eastern Upper Peninsula, Whitefish Point is a gateway to Lake Superior. It is a dangerous point for shipping and marks the eastern end of an infamous 80-mile stretch of shoreline known as Lake Superior’s Shipwreck Coast. Of the 550 known major shipwrecks on Lake Superior, at least 200 of them are in the surrounding area of Whitefish Point. The primary causes of shipwreck here are stress from weather and collision. In November 1975 the loss of the steamer Edmund Fitzgerald and her entire crew of 29 is a worldwide legend. The wreck of the Fitzgerald lies just 15 miles northwest of Whitefish Point.

Congress established the Whitefish Point Light Station in 1849. Since then, its life-saving beacon has continuously illuminated these treacherous waters. In 1861, during Abraham Lincoln’s administration, the present light tower was built. Today, the Whitefish Point Light is the oldest operating lighthouse on Lake Superior. When visiting the museum, for a small fee, you can brave the narrow stairwell to the deck of the light. The view from the top is breathtaking. 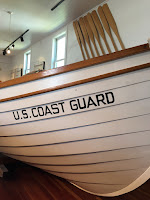 Even with the help of the light station and the Coast Guard Lifeboat Rescue Station the area is wrought with shipwrecks. What is it about a shipwreck that’s so fascinating to us? Perhaps because the ship is a testimony to the lives of those who perished, or because of the sheer terror the thought of a ship sinking in the middle of a vast body of water invokes in us. Whatever the reason, my deepest sympathies and reverence go out to those lost at sea.

Due to Lake Superior’s extreme depths, most shipwreck sites remain undisturbed. Explorations leave wrecks and artifacts as they lay with only professional documentation of the site taking place.

The SS Comet is one of the more fascinating shipwrecks in the area. She is 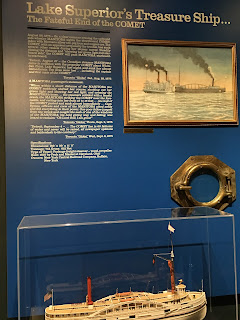 known as the only treasure ship of Lake Superior. Built in 1857 as a wooden-hulled steamship, propeller-driven cargo vessel, the Comet was soon adapted to carry passengers. In 1875 she went down with a crew of ten. She carried 70 tons of Montana silver ore when she sank. The first attempts to salvage her cargo came in 1876. Then again in 1938 both attempts were unsuccessful. In the 1980’s the Comet was finally salvaged. Though apparently the salvagers illegally removed the ships artifacts, they now belong to the State of Michigan and are on loan to the Great Lakes Shipwreck Museum. The fate of The Comet’s silver ore cargo is still unknown. Her resting place at the bottom of the lake is protected by the Whitefish Point Underwater Preserve as part of an underwater museum which is frequented by deep-water divers. 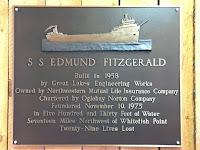 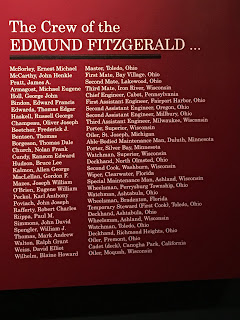 The day we visited Whitefish Point the skies were clear and blue. The water calm and cold, and the wind warm and light. The area is saturated with a long history, rich with the heroics of the Coast Guard’s Lifesaving Station, the hope of the beacon of light shining from the Light House Station that still burns brightly today, and the horrifying heartbreak of many shipwrecks along its coast. If you ever have the chance to venture to Whitefish Point, be sure to stop by The Shipwreck Museum and take a moment to remember those who will never leave.

All photos are copyright by Michele K. Morris and may not be used with permission of the author.

Award winning author, Michele K. Morris’s love for historical fiction began when she first read Laura Ingalls Wilder’s Little House book series. She grew up riding horses and spending her free time in the woods of mid-Michigan dreaming of days-gone-by and knights-in-shining-armor. Therefore, it only makes sense that she now writes historical romance with a touch of suspense. Married to her high school sweetheart, they are living happily-ever-after with their children, in-loves, and grandchildren in Florida, the sunshine state. When not spending time with her large brood or writing, Michele enjoys photography, genealogy, and cooking.