While a shower, housewarming, and pounding are similar and cross boundaries, they aren’t all exactly the same.

Housewarmings aren't as much about the gifts as they are about showcasing a new residence. And even though most of the time the housewarming invitation specifies no presents, some do come bearing gifts. We were building our house when we got married, but due to some delays, it wasn’t finished for about three months after the wedding, but still, as newlyweds, we received several combination shower/housewarming gifts at our open house.

The term housewarming dates back to 1570-80. House-warming parties are generally informal. Usually there are no planned activities besides a possible tour and food, at least for those of us in the South.

"Housewarming" is descended literally from the act of warming a new house during the medieval times. Each guest would bring firewood, and build fires in all the available fireplaces, offering firewood as a gift. Aside from warming the house, this was also believed to repel evil spirits by creating a protective atmosphere of warmth. Uninhabited houses were considered targets for vagrant spirits, and therefore used to require a certain level of cleansing before a house was safe to be occupied by young children.


In my experience, housewarming gifts tend to be more in the line of decorative instead of food staples. Things like picture frames, ornaments, flowers, cross stitch, etc.

The custom of the bridal shower is said to have grown out of earlier dowry practices, when a poor woman's family might not have the money to provide a dowry for her, or when a father refused to give his daughter her dowry because he did not approve of the marriage. In such situations, friends of the woman would gather together and bring gifts that would compensate for the dowry and allow her to marry the man of her choice.

The earliest stories about these events have been known to originate in Brussels, Belgium around 1860. A frequently quoted legend traces the origin of this practice to the 16th or 17th Century Netherlands. However, there are also parallels with many dowry practices and the United States colonial or hope chest (trousseau) custom.
In the United States, bridal showers started in urban areas in the 1890s mainly among the upper middle classes. By the 1930s, bridal showers had spread to rural America.

This description of friends helping a young woman set up housekeeping with pots, pans, utensils, bedding, doilies, towels, etc. from the 16th and 17th centuries is similar to the showers our culture has today. When it comes to gifts, shower is a step above a housewarming, and generally, the gifts are more lavish. For instance, in years past, when a young couple married, a father might give his son a pair of mules if the family could afford it. A mother might make several quilts for her daughter.

This day and age, those more expensive gifts from parents might come in the form of a washer and dryer, a vacuum cleaner, a refrigerator, etc.

While a pounding is similar to a housewarming and a shower, the gifts are almost exclusively food and food staples. A pounding is an old fashioned tradition celebrated in many churches where a new pastor or even a new family is welcomed to the church or the community with gifts of food. Traditionally, a pounding would provide a pastor and his family with a pound of staples, such as a pound of flour, a pound of sugar, a pound of butter and a pound of other basic nonperishables. The name "pounding" likely came from staples which were sold by the pound. Home canned fruits, vegetables, jams and jellies would have been popular and economical gifts. 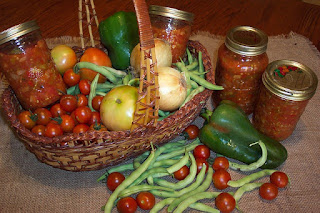 In our culture, a pounding might be referred to as a pantry shower. Instead of homegrown staples, though, the offerings might lean more toward cake mixes, pancake mix, syrup, canned vegetables and fruit.

Regardless of which event or when it occurred in history, what a wonderful way to show newlyweds or new neighbors that you care. 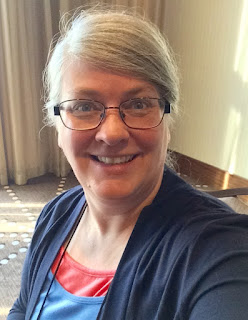 Pam's is working on the final edits of The Promise of Breeze Hill, the first book in the Natchez Trace Novel series, coming August 2017.