The Historic Town of Fayette, Michigan

In the mid to late Nineteenth Century, mining iron ore became a prolific industry for Michigan’s Upper Peninsula. Since the first shipment of two-hundred pounds in 1849, well over one-billion tons of iron ore have been mined from the Lake Superior area. 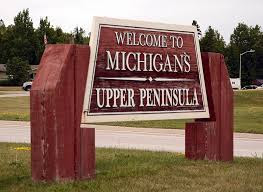 Due to the post-Civil War iron boom, Fayette, Michigan was founded in 1867 by the Jackson Iron Company. Fayette manufactured pig iron for twenty-four years. During this time, the town was one of the Upper Peninsula's most productive iron-smelting operations. Boasting two massive blast furnaces, the Jackson Iron Company produced a total of 229,288 tons of smelted iron.

The once bustling Fayette had almost 500 residents (most were Canadian, Northern European, and British Isles settlers) and is located between Escanaba and Manistique on the Garden Peninsula at Snail Shell Harbor along the waters of Lake Michigan. Named after Fayette Brown, the Jackson Iron Company’s agent who selected the location, Fayette was once one of the UP's busiest iron-smelting operations.

Local hardwood trees fueled the two blast furnaces and several charcoal kilns, and quarried limestone from the bluffs was used to purify the iron ore. The exhaustion of these two natural resources and the decline of the charcoal iron market lead the Jackson Iron Company to close its Fayette operation in 1891.

Many of the families residing in Fayette left to find employment elsewhere, but a few stayed and farmed the land around town. Soon after dousing the furnace fires, Fayette became a resort and fishing village. Then in 1916 Fayette was bought by an affluent individual, and he turned the village into a summer resort. That is, until 1946 when Fayette was again bought out. Eventually the new owner fell behind on taxes and the Escanaba Paper Company purchased the resort for back taxes. The Escanaba Paper Company swapped Fayette with the Michigan government for timberland. In 1959, Fayette became a state park and historical museum.

Today, Fayette Historical Townsite is a go-to destination in the Upper Peninsula. Visitors may walk through the twenty-plus open and restored buildings to learn about life in Fayette during the late 19th century. Restoration continues each year. The park is open daily May through October (this may change due to weather).

Fayette State Park’s amnesties include; semi-modern campsites, boat camping in Snail Shell Harbor, a beach on Sand Bay Harbor with a picnic shelter, and grills. Playground equipment and horseshoe courts are also available along with five miles of hiking trails. The historic settlement is listed on the National Register of Historic Places.

If you're ever in Michigan's Upper Peninsula, Fayette is a beautiful place to visit and maybe even stay a few days.

Thanks for stopping by Heroes, Heroines, and History today! Have a wonderful, blessed month, until we meet again.

Award winning author, Michele K. Morris’s love for historical fiction began when she first read Laura Ingalls Wilder’s Little House book series. She grew up riding horses and spending her free time in the woods of mid-Michigan dreaming of days-gone-by and knights-in-shining-armor. Therefore, it only makes sense that she now writes historical romance with a touch of suspense. Married to her high school sweetheart, they are living happily-ever-after with their six children, three in-loves, and six grandchildren in Florida, the sunshine state. When not spending time with her large brood or writing, Michele enjoys photography, genealogy, and cooking.
Posted by Michele K. Morris at 12:30 AM