February--Things Happen in the Shortest Month

The month of February may be short, but many significant events have happened in it, at the dead of winter in the United States. Here are twenty-six, just for thought.


February 1, 2003 - Sixteen minutes before it was scheduled to land, the Space Shuttle Columbia broke apart in flight over west Texas, killing all seven crew members.

February 2, 1848 - The war between the U.S. and Mexico ended with the signing of the Treaty of Guadalupe Hidalgo. In exchange for $15 million, the U.S. acquired the areas encompassing parts or all of present day California, Nevada, Utah, Arizona, New Mexico, Colorado, Wyoming, and Texas.

February 4, 1861 - Apache Chief Cochise was arrested in Arizona by the U.S.Army for raiding a ranch. Cochise then escaped and declared war, beginning the period known as the Apache Wars, which lasted 25 years.

February 8, 1587 - Mary Stuart, Queen of Scots, was beheaded at Fotheringhay, England, after 19 years as a prisoner of Queen Elizabeth I. She became entangled in the complex political events surrounding the Protestant Reformation in England and was charged with complicity in a plot to assassinate Elizabeth.

February 9, 1943 - During World War II in the Pacific, U.S. troops captured Guadalcanal in the Solomon Islands after six months of battle, with 9,000 Japanese and 2,000 Americans killed.

February 10, 1763 - Britain, Spain and France signed the Treaty of Paris, ending the Seven Years’ War (also known as the French and Indian War in North America).

February 14, 1929 - The St. Valentine's Day massacre occurred in Chicago as seven members of the Bugs Moran gang were gunned down by five of Al Capone's mobsters posing as police.

February 15, 1898 - In Havana, the U.S. Battleship Maine was blown up while at anchor and quickly sank with 260 crew members lost. The incident inflamed public opinion in the U.S., resulting in a declaration of war against Spain on April 25, 1898.

February 15, 1933 - An assassination attempt on newly elected U.S. President Franklin D. Roosevelt occurred in Miami, Florida. A spectator deflected the gunman's aim. As a result, Chicago Mayor Anton Cermak was shot and killed instead. The gunman, an Italian immigrant, was captured and later sentenced to death.

Feb. 15, 1642 - Astronomer and physicist Galileo Galilei was born in Pisa, Italy. He was the first astronomer to use a telescope and advanced the theory that the sun, not the earth, was the center of the solar system.

February 19, 1942 - Internment of Japanese Americans began after President Franklin Roosevelt issued an Executive Order requiring those living on the Pacific coast to report for relocation. Over 110,000 persons therefore shut down their businesses, sold off their property, quit school and moved inland to the relocation centers.

February 22, 1956 - In Montgomery, Alabama, 80 participants in the three-month-old bus boycott voluntarily gave themselves up for arrest after an ultimatum from white city leaders. Martin Luther King and Rosa Parks were among those arrested. Later in 1956, the U.S. Supreme Court mandated desegregation of the buses.

February 22, 1732 - George Washington was born in Westmoreland County, Virginia. He served as commander of the Continental Army during the American Revolution and became the first U.S. President.

February 24, 1582 - Pope Gregory XIII corrected mistakes on the Julian calendar by dropping 10 days and directing that the day after October 4, 1582 would be October 15th. The Gregorian, or New Style calendar, was then adopted by Catholic countries, followed gradually by Protestant and other nations.

February 24, 1867 - The House of Representatives voted to impeach President Andrew Johnson. The vote followed bitter opposition by the Radical Republicans in Congress toward Johnson's reconstruction policies in the South. However, the effort to remove him failed in the Senate by just one vote.

February 26, 1848 - The Communist Manifesto pamphlet was published by two young socialists, Karl Marx and Friedrich Engels. It advocated the abolition of all private property and a system in which workers own all means of production, land, factories and machinery.

February 27, 1950 - The 22nd Amendment to the U.S. Constitution was ratified, limiting the president to two terms or a maximum of ten years in office.

February 28, 1844 - During a demonstration of naval fire power, one of the guns aboard the USS Princeton exploded, killing several top U.S. government officials on the steamer ship, and narrowly missed killing President John Tyler.

Also in February, 2017, I launched my new series, Maine Justice. To enter for a copy of the first book, The Priority Unit, leave a comment and your contact info. 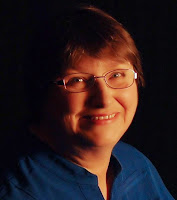 Susan Page Davis is the author of more than seventy published novels. She’s always interested in the unusual happenings of the past. Her newest books include The Priority Unit, Echo Canyon, The Saboteur, and My Heart Belongs in the Superstition Mountains. She’s a two-time winner of the Inspirational Readers’ Choice Award and the Will Rogers Medallion, and also a winner of the Carol Award and a finalist in the WILLA Literary Awards and the More Than Magic Contest. Visit her website at: www.susanpagedavis.com .

Email ThisBlogThis!Share to TwitterShare to FacebookShare to Pinterest
Labels: february